Chemoimmunotherapy has maintained its role as a go-to frontline approach in patients with indolent non-Hodgkin lymphoma. 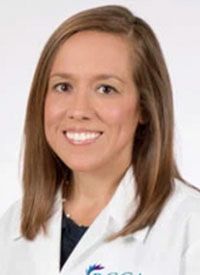 Chemoimmunotherapy has maintained its role as a go-to frontline approach in patients with indolent non-Hodgkin lymphoma, explained Lori Leslie, MD, adding that great interest remains in moving towards personalized and chemotherapy-free approaches for this population.

While targeted therapy specifically has shown disappointment in this malignancy thus far, advances are being made with several active studies, said Leslie, in a presentation during the 25th Annual International Congress on Hematologic Malignancies: Focus on Leukemias, Lymphomas, and Myeloma, an event hosted by Physician’s Education Resource® (PER®), LCC.1

“In general, chemoimmunotherapy remains standard of care for frontline treatment in the majority of patients and maintenance can be considered on a case-by-case basis,” said Leslie, co-medical director of the Cancer Program at Mountainside Medical Center, and director of the Indolent Lymphoma and Chronic Lymphocytic Leukemia Research Programs at John Theurer Cancer Center. “We have to remember, marginal zone lymphoma [MZL], follicular lymphoma, and all indolent lymphoma subtypes, in the targeted therapy era, really need to be evaluated as separate entities.”

Since its 1997 FDA approval, rituximab (Rituxan)-based chemotherapy revolutionized the management of indolent non-Hodgkin lymphoma. The community now has a second choice for an anti-CD20 antibody option with obinutuzumab (Gazyva). Both agents are indicated for use in combination with bendamustine; cyclophosphamide, doxorubicin, vincristine, and prednisone; or cyclophosphamide, vincristine, and prednisone.

However, safety data showed that grade 3 and higher adverse events (AEs) occurred in 74.6% of obinutuzumab-treated patients vs 67.8% of those in the rituximab arm; serious AE rates (SAEs) were also higher at 46.1% and 39.9%, respectively.

Minimal residual disease (MRD) was also evaluated in GALLIUM. At the end of induction, the MRD-negativity rates were 92.6% with obinutuzumab and 85.2% with rituximab (P = .0034).4 The data raise the question of using MRD at the end of induction as a strategy to personalize care, Leslie added.

“Regardless of which antibody was used, patients who were MRD undetectable at the end of induction had an improved PFS compared with the patients who were MRD detectable,” she explained. “We don’t typically use MRD in follicular lymphoma; it’s challenging to measure in CLL, but I think moving forward this does help does raise the question: can we use MRD status at the end of induction to personalize maintenance and decrease that risk of early relapse in follicular lymphoma as an area of ongoing investigation?”

Weighing the PFS, but not OS, benefit with obinutuzumab vs rituximab in GALLIUM, Leslie noted cost should also be taken into consideration. Additionally, the increased toxicities with obinutuzumab during the induction, maintenance, and follow-up phases, as well as higher non-relapse mortality rate with a bendamustine backbone in GALLIUM, also need to be weighed.

“In frontline follicular lymphoma, compared with patients with relapsed/refractory disease, or DLBCL, for example, the acceptance of toxicity is different,” she explained. “These patients usually have OS measured in years to decades, so [if there are] events in the frontline setting, a risk-benefit discussion is different in these indolent diseases.”

To maintain, or not to maintain?

That, Leslie said, is the question after selecting chemoimmunotherapy for an individual patient. In follicular lymphoma, rituximab and obinutuzumab are both indicated for maintenance use after patients respond to frontline chemoimmunotherapy; NCCN guidelines prefer 12 doses of either agent in this setting. In MZL, NCCN lists it as optional to administer rituximab every 12 weeks for 2 years following response to single-agent rituximab.

The data supporting maintenance therapy are strongest following R-CHOP chemotherapy, as documented in the PRIMA study.5

Similar findings were reported in the phase 3 RESORT study, which aside from follicular lymphoma, also included patients with non-follicular indolent B-cell NHL. Patients with small lymphocytic lymphoma (SLL; n = 57), MZL (n = 71) and unclassifiable small B-cell lymphoma (n = 3) received induction rituximab; the 52 responders were randomized to receive maintenance rituximab, given every 4 months until treatment failure, or retreatment with rituximab for 4 weeks. At a median of 4.3 years from randomization, the median time to treatment failure (TTTF) was 4.8 years for those on maintenance rituximab vs 1.4 years those who had retreatment with rituximab (P = .012).6 The median time to first cytotoxic therapy was not reached in the maintenance arm vs 6.3 years for retreatment with rituximab (P = .0002). There was no difference in OS (P = .72).

Overall, Leslie said the type of induction therapy matters when choosing whether or not to administer maintenance therapy to a patient with indolent NHL.

“There is a less clear benefit of maintenance post bendamustine. We saw that higher non-relapse mortality in the bendamustine arms from GALLIUM, cohorts from BRIGHT, StiL MAINTAIN, meta-analyses,” Leslie explained. “[These data] mostly show a PFS benefit with no overall survival benefit, and this is more pronounced in patients who had a partial response to induction. There is an increased incidence of adverse events that is mostly infectious during the maintenance period, so this is something important to discuss on a case-by-case basis.”

She also noted that the idea of whether a PFS benefit is significant in indolent lymphomas is controversial, adding that the answer to that may have evolved during the COVID-19 pandemic due to concerns about inhibiting antibody response to infection or vaccines against COVID-19.

“My personal opinion is due to the rapidly evolving treatment landscape in indolent lymphomas, a PFS benefit potentially could translate to an overall survival benefit if a patient is shifted into a new treatment era where we have different options,” Leslie said.

Improved predictors of toxicity and biomarkers of high-risk biology are also significantly needed to help make the choice of maintenance therapy, she added.

Despite a solid role with chemoimmunotherapy, research efforts continue to focus on chemotherapy-free approaches in patients with the indolent NHL paradigm, Leslie said.

One advance in this realm include R2, which was evaluated in the phase 3 RELEVANCE study and compared with rituximab plus chemotherapy in 1030 patients with previously untreated follicular lymphoma. Both arms received maintenance rituximab every 8 weeks for 12 cycles.7 At a median follow-up of 37.9 months, the rate of confirmed or unconfirmed complete response was 48% with R2 and 53% with rituximab/chemotherapy (P = .13); the 3-year PFS rates were 77% and 78%, respectively. The 3-year OS rate was 94% in both arms.

“Even though this is technically a negative study, it is included in NCCN guidelines as a preferred regimen for patients with frontline follicular lymphoma who [perhaps] are not candidates for chemoimmunotherapy,” Leslie said.

Several approaches, such as BCL-2 inhibitors, are being explored in the relapsed/refractory setting, with the goal to move more agents up front and provide patients with more chemotherapy-free options.

Obinutuzumab combined with lenalidomide was tested in a single-center, phase 2 trial of 90 patients with grade 1 to 3A follicular lymphoma and high tumor burden. At a median follow-up of 22 months, the 2-year PFS rate was 96% and the OS rate was 100%.8 However, high responses came with grade 3/4 events such as neutropenia (16%), rash (10%), and lung infection (4%), and 1% of patients experienced neutropenic fever.

“We really want to find a place where ibrutinib works well in follicular lymphoma,” said Leslie. “It works for all other indolent lymphomas—why not follicular?”

The ongoing phase 2 ALTERNATIVE trial (NCT02689869) by the German Low Grade Lymphoma Study Group is evaluating ibrutinib with obinutuzumab in frontline follicular lymphoma with high tumor burden. Preliminary data have shown a 1-year PFS rate of 80%, along with an MRD-negativity rate at induction (70%) and at 1 year (83%).10 The combination has also been better tolerated; grade 3/4 neutropenia was reported in 8% of patients and all-grade rash in 25% of patients.

Leslie noted that indolent NHL subtypes must be considered independently as responses to targeted therapy do vary.

Other ongoing studies focused on more frontline chemotherapy-free approaches in follicular lymphoma include the phase 1/2 LEVERAGE (NCT03980171) with lenalidomide, venetoclax (Venclexta), and obinutuzumab, as well as a phase 2 trial (NCT04450173) of ibrutinib, venetoclax, and obinutuzumab.

In MZL, of which Leslie said a minority of patients are included in frontline indolent NHL studies, the ongoing phase 2 MALIBU (NCT03697512) trial is looking at the combination of ibrutinib and rituximab in treatment-naïve MZL. Additionally, a phase 3 study (NCT04212013) is also testing the combination in the frontline MZL setting. 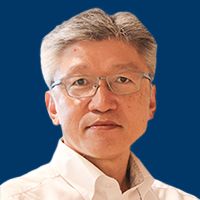