A combination of 2 over-the-counter medicines can moderately reduce the risk for high-grade dysplasia or esophageal cancer in patients with Barrett’s esophagus if taken for at least 7 years. 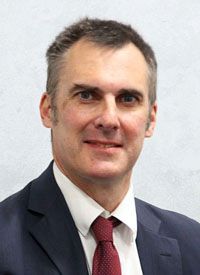 A combination of 2 over-the-counter medicines can moderately reduce the risk for high-grade dysplasia or esophageal cancer in patients with Barrett’s esophagus if taken for at least 7 years, according to updated phase III trial results presented at the 2018 ASCO Annual Meeting.1 The ASPECT trial demonstrated that high-dose esomeprazole (Nexium) plus low-dose aspirin was also associated with delaying all-cause mortality.

The use of esomeprazole, a proton pump inhibitor (PPI) that suppresses gastric acid, at a high dose (40 mg twice daily) in combination with low-dose aspirin was the most effective of 4 chemoprevention strategies involving the PPI and aspirin that researchers from the United Kingdom evaluated in a study that was launched nearly 20 years ago.

The hazard ratio in favor of PPI use is 0.80 (P = .037), lead study author Janusz Jankowski, MD, MBBS, said while discussing the results during a press conference. He added that the absolute effect is still small because these events are relatively rare. The lifetime risk for esophageal cancer is about 2%.

“The number needed to treat for a proton pump inhibitor to get an effect, a reduction in any of the endpoints, was 1 in 34. For aspirin, it’s 1 in 43,” said Janusz, who is deputy vice chancellor of the Royal College of Surgeons in Ireland and a consultant clinical adviser at the National Institutes for Health and Care Excellence. “So, we’re still talking about a small impact. It gives you an idea of absolute versus relative effect.”

Barrett’s esophagus develops when gastroesophageal reflux disease (GERD) injures the squamous esophageal mucosa and columnar cells replace squamous ones during the healing process.2 The condition affects about 2% of adults in Western countries, but it is responsible for an estimated 80% to 90% of esophageal cancers.

Esophageal cancer is rare. The National Cancer Institute’s Surveillance, Epidemiology, and End Results (SEER) Program estimates that the disease will represent 1% of all new cancers diagnosed in the United States in 2018, but it is difficult to screen for and treat. The estimated 5-year survival rate is 19.2%.3

Jankowski said the United Kingdom has one of the highest rates of esophageal cancer in the world. Cancer Research UK predicts that 9211 new cases will be diagnosed this year.4 In comparison, SEER predicts that 17,290 new cases of esophageal cancer will be diagnosed in the United States, which has a population nearly 5 times larger.

“There’s nowhere in the world that’s got more esophageal adenocarcinoma than my home city of Glasgow,” Jankowski said. “In fact, the cancer prognosis for people hasn’t achieved much improvement in 30 or 40 years.”

For the ASPECT study (NCT00357682), investigators recruited patients at hospitals in Canada and the United Kingdom beginning in 1999. Eligible patients had ≥1 cm of Barrett’s esophagus at baseline and were negative for high-grade dysplasia or esophageal adenocarcinoma.

Patients (N = 2563) were randomly assigned to high-dose or low-dose esomeprazole alone or in combination with 300 mg of daily aspirin (330 mg in Canada). Patients stayed on medication for 8 to 10 years.

The rate of serious adverse events was extremely low, just 1.0% with 99.9% data collected. Jankowski said the research team was surprised by the low incidence of toxicities. “That’s important in chemoprevention—you’ve got to have a benefit and a very low risk ratio,” he said. “So, on that basis too, there seems to be a benefit.”

Results from 2 recent trials suggest that PPIs may be associated with gastrointestinal cancer. Long-term PPI use was associated with an increased risk for gastric cancer among patients treated with PPIs for Helicobacter pylori infection (HR, 2.44, 95%&thinsp;CI, 1.42-4.20).5 The highest risk levels were observed in patients who took PPIs daily for ≥3 years.

In a population-based study of nearly 796,500 Swedish adults, investigators found that long-term use of PPIs was associated with increased risk of esophageal adenocarcinoma among those using maintenance treatment with PPIs (standardized incidence ratio [SIR], 3.93; 95% CI 3.63-4.24).6

“We have biopsied not only the esophagus but the stomach as well,” Jankowski said. “We have looked meticulously; we have an expert pathology panel. We have not seen this. It may very well be confounding variables in epidemiological studies.”

He added that ASPECT needs more follow-up to determine whether these findings hold up over time.

“This is a snapshot in time—9 years,” said Jankowski, who calls himself the biggest skeptic of his own data. “Will I still be saying the same thing in 5 or 10 years’ time down the line? At this moment that doesn’t look likely, but I think we need to follow-up for longer.”

ASCO Expert Andrew S. Epstein, MD, a medical oncologist with Memorial Sloan Kettering Cancer Center, said that esophageal cancer is very difficult to treat at any stage, and patients often have a poor prognosis. He called the findings interesting but warned that they do not necessarily apply to all patients with GERD.

“Patients with Barrett’s, specifically, should speak with their physician about taking these drugs together in order to delay the events studied in this trial,” he said. “I want to stress that these are patients with Barrett’s and we have to be very careful not to extrapolate to other settings, such as patients with symptoms of reflux but without a diagnosis of Barrett’s.”

Richard L. Schilsky, MD, ASCO senior vice president and chief medical officer, noted that Barrett’s can only be diagnosed with an endoscopy. Even if this type of treatment is appropriate, he said that patients require prospective monitoring to determine whether the lesion is shrinking.

“Obviously, these drugs are available over the counter,” Schilsky said. “We don’t necessarily want patients to start rushing out, if they have a little heartburn, and start taking high doses of PPIs with aspirin without appropriate medical supervision.”