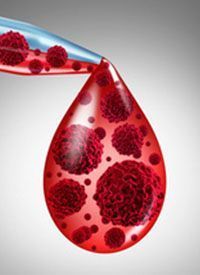 Effective treatment options for patients with multiple myeloma who experience a relapse post frontline therapy remains an unmet need, with these patients experiencing a median overall survival of less than 2 years. The CAR-T cell therapy ciltacabtagene autoleucel (cilta-cel; Carvykti) has expanded options, gaining FDA approval for adult patients with relapsed/refractory multiple myeloma after 4 or more lines of prior therapy in the United States, and has continued to display promising efficacy in patients with multiple myeloma following early relapse, according to updated findings from a cohort of the phase 2 CARTITUDE-2 trial (NCT04133636).1

The multicohort CARTITUDE-2 study evaluated cilta-cel in different multiple myeloma patient populations as well as earlier-line settings. Patients in cohort B had early relapse after therapy with a proteosome inhibitor and immunomodulary drug. This was defined as progression within 12 months after autologous stem cell transplant (ASCT) or from the start of anti-multiple myeloma therapy for patients who did not have a stem cell transplant. The median number of prior lines of therapy received in cohort B was 1 (range, 1-1) and 78.9% of patients previously received an ASCT.

With a cutoff of June 2022, the median follow-up of updated CARTITUDE-2 cohort B safety and efficacy data was 18.0 months (range, 5.2-26.3). Three deaths occurred due to progressive disease; 2 of these 3 patients had high-risk cytogenetic profiles and investigators noted that none had extramedullary disease.

Investigators highlighted that the persistence and expansion of the CAR-T cells was consistent with the data collected in the phase 1/2 CARTITUDE-1 trial (NCT03548207). “Peak expansion of CAR-T cells occurred on day 13 [range, 9.8-14.8] and median persistence was 76 days [range, 26.9-273.1]… [the] CD4/CD8 CAR-positive T ratio was stable around 1:1 post cilta-cel infusion,” study authors wrote.

Additionally, cytokine release syndrome (CRS) was a CAR-T-related AE that occurred in 84% of patients at any grade and at grade 3/4 in 5%, with a median time to onset of 8 days (range, 5-11) and a median duration of 3.5 days (range, 1-7). It was resolved in all cases and some patients were given tocilizumab (63%) and corticosteroids (21%).

Any grade neurotoxicity occurred in 26% (n = 5) of patients at any grade. One patient had grade 1 immune effector cell-associated neurotoxicity syndrome and1 patient had grade 3 or greater movement and neurocognitive treatment with emergent AEs that had not yet resolved at the data cutoff. Another patient with parkinsonism had grade 3 or greater CRS but achieved a CR and follow-up is ongoing.

Patients had a median age of 58 years (range, 44-67) and males were 73.7% of the patient population. Three patients (15.8%) had a refractory status of triple class, while 15 patients (78.9%) were refractory to their last line of therapy. The median time since initial diagnosis to enrollment was 1.15 years (range, 0.5-1.9) and 20% of patients had a high-risk cytogenetic profile with del17p. Fifteen patients had MRD-evaluable samples and 14 patients were MRD-negative at the determined threshold while 2 of the 3 patients with high-risk cytogenetics were MRD-negative. Additionally, outpatient administration of the agent is currently being explored and 1 patient was treated in the outpatient setting.

Investigators concluded that data on the safety profile and efficacy of cilta-cel in patients with multiple myeloma who experienced early treatment failure or clinical relapse support further exploration of the agent in earlier lines of therapy.