According to a new study by UW Carbone Cancer Center researchers, a broadly applicable cancer therapy currently being developed by Cellectar Biosciences may have the potential to work in pediatric solid tumors.

According to a new study by UW Carbone Cancer Center (UWCCC) researchers, a broadly applicable cancer therapy currently being developed by Cellectar Biosciences may have the potential to work in pediatric solid tumors.

CLR 131 (formerly known as CLR1404) delivers high doses of cell-killing radioactive iodine specifically to cancer cells. It could become the first targeted, molecular radiotherapy to be tested in clinical trials that treats a broad variety of solid tumors in children.

“Translating our findings in a pediatric clinical trial will be huge because, for the first time, we could offer molecular targeted radiotherapy for practically all pediatric solid tumors, including brain tumors ,” said Dr. Mario Otto, a pediatric oncologist and researcher with UWCCC and American Family Children’s Hospital. “But it’s also huge from a regulatory standpoint. Pediatric cancers are relatively rare, so getting cancer-specific drugs or clinical trial protocols developed is very difficult.”

Many pediatric cancers have very poor overall survival rates once they relapse or if they do not respond to initial standard treatments. Radiotherapy plays an important role in the successful treatment of these cancers. However, if the cancer has metastasized to many sites, external beam radiotherapy becomes impracticable and too harmful to healthy body tissues. For metastatic cancers, a more useful form of radiation therapy injects targeted radioactive substances to reach tumor cells throughout the body. With the exception of a neuroblastoma drug, these radioactive substances do not exist to treat pediatric cancers.

The drug CLR 131 broadly targets cancer cells due to the specific makeup of tumor cell membranes while sparing healthy tissue. CLR 131 had already been tested in models of adult cancers and found to target cancer cells with very high specificity, and is currently being tested in clinical trials in adult cancers.

“Nearly 80 adult-tumor cell lines and patient-derived cancer tissues have been tested in the lab, and all but two liver-cancer cell lines have been found to take up the drug,” Otto said. “But there are many critical differences between pediatric and adult cancers, so we asked if CLR 131 uptake also occurs in pediatric cancers.”

Next, they looked at mouse xenograft models, where mice are implanted with human pediatric cancer cells. Mice were then treated with a single dose of CLR 131. Those mice treated with the radioactive drug had much slower-growing tumors and longer survival times than did mice that did not receive this treatment. Lastly, the researchers noted that mice given the radioactive drug did not show signs of significant toxicity from the radiation dose.

“These pre-clinical experiments showed enough efficacy in pediatric-based animal models that now we can move this drug into the clinic for this use,” Otto said. “We are currently exploring a phase I clinical trial for patients who do not respond to standard treatments or in whom the disease has come back, and pending regulatory approval, we hope to be able to enroll patients within the next 12-18 months.”

Otto is optimistic about incorporating CLR 131 into pediatric cancer care, but cautions that it would be another important treatment option, not a magic bullet.

“It is not known if this drug could be curative as a single agent,” Otto explained. “However when combined with other therapies, CLR 131 should help reduce the tumor burden, and make the tumor potentially more responsive to other therapies like chemotherapies.”

The study was published in the Journal of Nuclear Medicine. UWCCC members Dr. Bryan Bednarz and Dr. Jamey Weichert and radiologist Dr. Lance Hall collaborated on the research. The study was funded by NIH R21CA198392-01, the MACC Fund, Hyundai Hope on Wheels, Stand Up 2 Cancer/St. Baldrick’s Pediatric Dream Team grant SU2C-AACR-ST1113, and the UWCCC core support grant, P30 CA014520. The drug, CLR 131, was provided by Cellectar Biosciences, Inc; Weichert founded the company but is no longer affiliated with it.

Dr. Abedin on the Safety and Efficacy of Ibrutinib in CLL 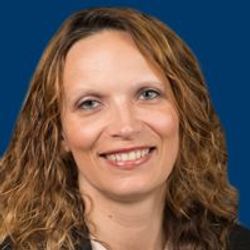 Dr. Abedin on the Clinical Significance of Undetectable MRD in CLL