The administration of a third dose of a SARS-CoV-2 mRNA vaccine yielded seroconversion responses in patients treated with hematopoietic cell transplantation or cellular therapy following initial failure of seroconversion after the first 2 vaccine doses. 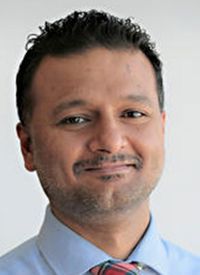 The administration of a third dose of a SARS-CoV-2 mRNA vaccine yielded seroconversion responses in patients treated with hematopoietic cell transplantation (HCT) or cellular therapy, such as CAR T-cell therapy or bispecific T-cell engagers (BiTEs), following initial failure of seroconversion after the first 2 vaccine doses, according to results from a study published in Cancer Cell.1

Among 75 patients who received allogeneic HCT (n = 30), autologous HCT (n = 26), CAR T-cell therapy (n = 10), or BiTEs (n = 9), and did not undergo seroconversion following the primary administration series of an mRNA-based SARS-CoV-2 vaccine, 59% of all evaluated patients developed antibodies following the third dose. Specifically, seroconversion rates were 63% for patients who received autologous HCT, 58% for those who received allogeneic HCT, 40% for patients administered CAR T-cell therapy, and 67% among patients given BiTEs.

Notably, the use of the approved vaccines BNT162b2, mRNA1273, or a mix-and-match strategy, all produced similar results.

“A third dose should be considered for every transplant, CAR T-cell therapy, and BiTE recipient, as often as possible,” co-study author Muhammad Bilal Abid, MD, MRCP, an assistant professor of medicine in the divisions of Hematology/Oncology and Infectious Diseases at the Medical College of Wisconsin, said in an interview with OncLive®. “For patients who do not respond to a third dose, a subset of patients will benefit from the reassessment of antibodies. If a third dose does not work, go for a fourth dose [and] this should be discussed with an infectious disease colleague at the center. There is a multidisciplinary collaborative approach that we have to provide.”

Patients who have received HCT or cellular therapy have experienced poor outcomes after developing COVID-19.2 Notably, these patient populations have also shown lower response rates to SARS-CoV-2 vaccines, with responses for patients who underwent HCT and cellular therapy ranging from 50% to 80% and 20% to 30%, respectively.3,4

This study aimed to investigate the serological response to a third booster dose of a SARS-CoV-2 vaccine in patients who had received HCT or cellular therapy and did not seroconvert following the 2-dose primary vaccination series. Notably, patients who developed COVID-19 prior to the administration of the third dose were excluded from the study. Patients who had antibody testing within 2 weeks of the booster were also excluded.

To determine if patients seroconverted following a second vaccine dose, the AdviseDx SARS-CoV-2 IgG II assay was used to detect immunoglobulin G antibodies directed against the receptor-binding domain of the SARS-CoV-2 S1 subunit of the spike protein. The same assay was used to detect response following the booster dose. Patients were required to have at least 28 days between the second dose and booster shot, plus 14 days to antibody titer testing after receiving the booster.

The study authors pointed out that several factors may contribute to the continued lower response rates among patients who received CAR T-cell therapies compared with HCT or BiTEs. Preexisting, profound immunosuppression in this patient population could play a role, along with heavy pretreatment status, which could include prior HCT, lymphodepletion chemotherapy, and bridging chemotherapy. Toxicities such as cytokine release syndrome and immune effector cell–associated neurotoxicity syndrome requiring corticosteroids and tocilizumab (Actemra) may also contribute to lower vaccine responses.

“Continued blunted responses are concerning among [patients who receive] CAR T-cell therapies, Abid said. “They are certainly an incongruence with other reported literature. Recipients of CAR T-cell therapy are profoundly immunosuppressed by the time they get the CAR T-cell therapy primarily because of their underlying disease being so refractory.”

Other studies will continue to explore the effectiveness of a third vaccine dose on these patient populations, along with research examining the effect of a fourth dose. Additionally, monoclonal antibodies could also have a role for aiding these patients.

“We need to see the efficacy and safety data of monoclonal antibodies: sotrovimab [Xevudy] and Evusheld [tixagevimab and cilgavimab] in the preexposure setting for the prevention of progression of illness,” Abid said. “That’s something that’s worth exploration.”