CPI-0610 showed promising spleen volume responses and a meaningful reduction in total symptom score as monotherapy and in combination with ruxolitinib (Jakafi) for patients with refractory or intolerant advanced myelofibrosis. 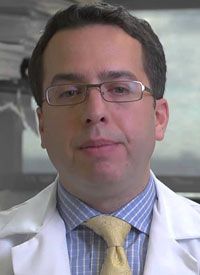 The BET inhibitor CPI-0610 demonstrated promising spleen volume responses (SVR) and a meaningful reduction in total symptom score (TSS) as monotherapy and when added to ongoing treatment with ruxolitinib (Jakafi) for patients with refractory or intolerant advanced myelofibrosis, according to updated findings from the phase II MANIFEST trial presented at the 2019 ASH Annual Meeting.1

For CPI-0610 added on to ongoing treatment with ruxolitinib, there was a 24.9% median reduction in spleen volume at 24 weeks and a 58.8% median improvement in TSS for transfusion dependent (TD) patients with myelofibrosis. Additionally, 43% of patients converted from being TD to transfusion independent (TI) following treatment with the combination. Promising improvements in TSS and SVR were also seen for CPI-0610 monotherapy.

"CPl-0610 as monotherapy or add-on to ruxolitinib in relapsed/refractory population demonstrated antitumor activity, as evidenced by spleen and symptom improvements, along with improvements in hemoglobin and bone marrow fibrosis," John Mascarenhas, MD, Tisch Cancer Institute, Division of Hematology/Medical Oncology, Icahn School of Medicine at Mount Sinai, said during a presentation of the results. "Among evaluable patients who were transfusion dependent on ruxolitinib, 6 of 14 patients converted to transfusion independence after the addition of CPl-0610 in the study."

CPI-0610 is thought to reduce and suppress the differentiation of myeloid cells into megakaryocytes in the bone marrow, potentially leading to disease modification for patients with myelofibrosis. In addition to this mechanism, the inhibition of BET proteins further halts the creation of pro-inflammatory cytokines, such as IL-8, TGFβ, and NFκB.

The MANIFEST trial included multiple treatment arms, each looking at cohorts of TD and TI patients. Arm 1 of the study examined single-agent CPI-0610 for patients no longer on ruxolitinib (n = 36). In arm 2 of the study, CPI-0610 was added to ruxolitinib for patients already receiving the JAK/STAT inhibitor for at least 6 months (n = 54). Arm 1 of the study included cohort 1A, in which patients were TD. Cohort 1B within this same group included those who were TI. In arm 2, patients included in cohort 2A of this group were TD and cohort 2B were TI.

In TI patients treated with the combination, the SVR35 rate was 0 and the TSS ≥50% response was 38% at 24 weeks. In this group, there was a 69% improvement in PGIC score, with 46% of patients saying their overall status was much or very much improved.

Of those who transitioned from TD to TI, 36.4% in the add-on arm had bone marrow improvement. A 1 grade improvement in bone marrow fibrosis was seen in 38% of patients analyzed, with most of these occurring within 6 months of treatment (83%).

Across both groups, 83.3% of patients continued on the study at the time of the analysis. The primary reason for discontinuation was progressive disease (5.6%) or death (5.6%). The median treatment duration was 16.2 weeks, and 41.1% of patients have been on treatment for 24 weeks or longer.

"CPl-0610 as monotherapy and as add-on was generally well tolerated. Thrombocytopenia was observed and asymptomatic. It was generally reversible and manageable and there were no additional unanticipated safety concerns observed," said Mascarenhas.

In this group of 15 patients,2 the SVR35 response rate was 80% at 12 weeks. The median change from baseline in spleen size was 49.7%. This response was seen in a high-risk population, including in those with DIPSS intermediate-2 or higher disease (86.7% response) and those with HMR-positive disease (53.3% response).

Based on these preliminary findings, cohort 3 of the study is being expanded to enroll up to 101 patients (NCT02158858).