The CellMax biomimetic platform, a novel circulating tumor cell assay, was 84% to 88% accurate at detecting precancerous and cancerous colorectal lesions.

The CellMax biomimetic platform (CMx), a novel circulating tumor cell (CTC) assay, was 84% to 88% accurate at detecting precancerous and cancerous colorectal lesions, according to results from a prospective study released ahead of the 2018 Gastrointestinal Cancers Symposium.

The study marks the first to show high sensitivity for a CTC assay at detecting precancerous lesions, as prior studies tended to identify later-stage cancer. Furthermore, the study authors noted that the accuracy of the CTC assay was superior to that of fecal occult blood testing.

“Our study is important because there is still some reticence among patients to use stool-based tests or have an invasive exam like colonoscopy to detect colorectal cancer,” lead study author Wen-Sy Tsai, MD, PhD, assistant professor, Linkou Chang Gung Memorial Hospital, Taipei, Taiwan, said in a statement. “Our results may point to a solution for people who are reluctant to get an initial screening colonoscopy or are not compliant in returning stool-based test kits that they get from their doctors.”

The CMx assay consists of a biomimetic, lipid-bilayer coated microfluidic chip to capture CTCs. CMx, which requires 2 mL of peripheral whole blood, can detect 1 CTC in a billion blood cells, which is ample to diagnose precancerous lesions. In most cases, early stage cancer is equivalent to 10 CTCs per billion cells and late stage cancer represents more than 100 CTCs per billion blood cells.

The clinical study consisted of 620 individuals over the age of 20, 438 of which had adenomatous polyps or diagnosed stage I to IV CRC. Of these individuals, 111 had precancerous lesions and 327 with CRC. An additional 182 individuals undergoing routine colonoscopies were enrolled as healthy controls. Results of the assay were compared with colonoscopy and biopsy results.

“Recent surveys have found that over 80% of patients who are reluctant to undergo colonoscopy screening would be receptive to a blood test over stool-based tests,” co-author Ashish Nimgaonkar, MD, assistant professor of medicine, Johns Hopkins University, Baltimore, Maryland, said in a statement. “A number of studies have found that affordability was the number 1 reason for not being screened, however this test is highly affordable and can potentially cost less than $100.”

If a patient had a positive CTC result, a colonoscopy would still be needed to test the tumor or polyp, Nimgonkar added. Further study is planned to validate the results of the assay in the general population in Taiwan, as well as in the United States and in other solid tumors.

"Screening for colorectal cancer can be life-saving, but Americans still lag behind Federal government screening goals because current screening options can be inconvenient and uncomfortable for patients," ASCO Expert in gastrointestinal cancers Nancy Baxter, MD, General Surgery Department at St. Michael's Hospital, said in a statement. "Though this research needs more investigation, a simple, accurate blood test could help increase screening rates, which could ultimately improve detection of colorectal cancers at earlier stages when treatment is most likely to be curative." 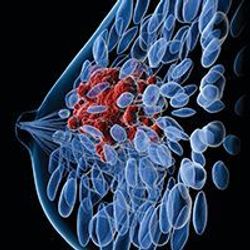