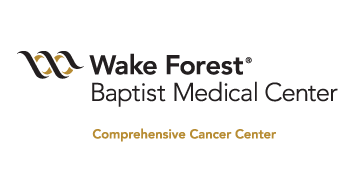 The management of patients with malignant peritoneal surface disease (PSD) commonly known as “carcinomatosis” continues to evolve. These patients have traditionally been treated with systemic chemotherapy or debulking procedures only. Historically, this condition was treated with therapeutic nihilism and was a death sentence, with median survival being 6 months even with palliative surgery.1,2 However, the combined use of cytoreductive surgery and Hyperthermic IntraPEritoneal Chemotherapy (HIPEC) has changed expectations over the last decade.

This aggressive approach has been utilized for PSD from all sources, but is now part of standard care for patients with appendiceal primary PSD and peritoneal mesothelioma. It should also be strongly considered for PSD from colorectal, small bowel, and ovarian sources.

Colorectal cancer (CRC) is the second leading cause of cancer death in the United States. Up to 35% of patients with a diagnosis of CRC will develop peritoneal carcinomatosis.1 The development of newer and more efficacious chemotherapeutic agents, coupled with a more aggressive surgical approach over the last two decades, has improved the median survival for peritoneal carcinomatosis to beyond 12 months.3 However, systemic chemotherapy alone still does not offer curative potential for PSD.

While overall survival for patients with metastatic CRC has increased to nearly 2 years with the advent of newer chemotherapeutic regimens, the survival of patients with peritoneal dissemination (versus other sites of metastasis) lags significantly behind.3 The 5-year survival for patients receiving systemic chemotherapy alone for PSD from colorectal cancer is <5%. However, we (and other large HIPEC centers) have reported 5-year survival rates in excess of 25% when complete cytoreduction can be achieved.

Although HIPEC offers a potential survival advantage, it can be a morbid procedure. In evaluating complication rates, however, it must be kept in mind that patients undergoing this procedure all have advanced (stage IV) disease, and most have been extensively treated with systemic therapy prior to HIPEC. Hence, recognizing patients who would have the maximum risk-to-benefit ratio for the procedure is imperative.

Review of the published literature on HIPEC for peritoneal carcinomatosis from CRC has identified several prognostic factors that may assist surgeons determining which patients may derive maximum therapeutic benefit from this procedure. These factors include: experience of the treating surgeon and medical center; completeness of cytoreduction; performance status; Peritoneal Carcinomatosis Index; residual disease (R) score; and absence of bowel obstruction and malignant ascites.2,4

Patients in whom complete cytoreduction can be achieved (R0 or R1) have 5-year survival rates in the 30% range, not too dissimilar from patients who undergo resection of hepatic or pulmonary metastases. Resection of PSD (like isolated resectable metastases to liver or lung) can and should be considered for patients with preserved performance status, resectable PSD, and no extra-abdominal metastasis.

In general, the patient population being considered for HIPEC due to CRC from peritoneal carcinomatosis has poor functional status and a rapidly deteriorating course. This is often characterized by intra-abdominal pain and discomfort and decreasing physical function. Although HIPEC offers the potential for long-term survival in patients with peritoneal carcinomatosis, it is a formidable intervention with up to a 40% morbidity rate.

Given the associated risks, our group has been studying the quality of life (QOL) for patients following the HIPEC procedure for more than a decade. One of our recent studies compared preoperative QOL of such patients versus their QOL over the first postoperative year. This study showed that functional status declined during the first 3 postoperative months, but restored to (and in some cases beyond) baseline over the next 3-6 months. Furthermore, emotional wellbeing for such patients improved throughout the first 12 months after surgery.

Hence, patients considering HIPEC must weigh the risks of short-term physical impairment against the benefits of improved QOL and extended survival. Longterm survivors have been found to frequently enjoy a good QOL as well. Overall, QOL returns to baseline approximately 3 months after HIPEC in most cases; conversely, this is the point at which most patients who have undergone treatment with systemic therapy alone will begin to have substantial adverse QOL.

HIPEC is currently the only treatment modality that can offer long-term, disease-free survival—and even the potential for cure—for peritoneal carcinomatosis from colorectal cancer. The early data are certainly promising and leave the door open for future modifications and evolutions which may lead to even better surgical outcomes.

We and others have found that HIPEC for CRC is no longer experimental and should be considered for patients with disease limited to the abdomen which is resectable and have preserved performance status.5,6 It is important to remember that HIPEC is not intended to be utilized in lieu of systemic chemotherapy, but in addition to it. Close communication between the surgical oncologist in the HIPEC center and the medical oncologist is crucial to achieving optimal patient outcomes.