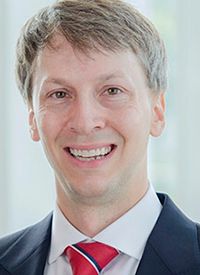 “It’s sometimes nice to take a bird’s-eye view of where we’re at and where we’re going. When we’re in the trenches, we see baby steps as far as how we’re improving things, and every once in a while, you make a really big breakthrough. CAR T-cell therapy is maybe the most recent example of that,” said D’Angelo. “Not very long ago, we didn’t have any novel therapies. We didn’t have BTK inhibitors or BCL-2 inhibitors. We had chemotherapy, and it didn’t work very well. [Our treatment] has magnificently changed in the past decade or so.”

In an interview with OncLive® during an Institutional Perspectives in Cancer webinar on hematologic malignancies, D’Angelo, an assistant professor in the Department of Internal Medicine, Division of Hematology/ Oncology, University of Nebraska Medical Center, discussed emerging CAR T-cell therapies and the challenges with using a 5-drug regimen.

OncLive®: What updates have we seen in relapsed/refractory DLBCL?

D’Angelo: The combination of chemotherapy, rituximab [Rituxan], gemcitabine, and oxaliplatin has been able to induce a pretty good response in patients, but the durability [of that response] is somewhat limited. [The combination] was studied in a population that we don’t really see anymore, namely rituximab-naïve patients. No one is rituximab naïve anymore, as they have relapsed on current [approaches].

When you look at polatuzumab vedotin-piiq [Polivy], bendamustine [Bendeka], and rituximab, a regimen that has gained an accelerated FDA approval, you see somewhat similar responses; however, those responses are a little more durable. More importantly, this regimen was studied in a population that was little bit sicker; these patients had more aggressive disease and were more refractory to prior lines of therapy. Almost all patients had received prior rituximab. That’s the only polatuzumab vedotin study that has any randomized data, which is important [to consider].

The novel CD19-targeted monoclonal antibody tafasitamabcxix [Monjuvi] in combination with lenalidomide [Revlimid] is another particularly interesting [regimen]. Responses [reported with this approach] are similar to what we saw for polatuzumab, and in some ways, what we saw with rituximab, gemcitabine, and oxaliplatin. [However,] you need to be very careful [when making cross-trial comparisons] because they [each have] different patient populations. Interestingly, the patients who developed complete responses [CRs] are remaining in remission for a very long time, suggesting that this could be a very exciting option—particularly for patients who aren’t eligible for or who have progressed following emerging standards of care, such as CAR T-cell therapy. [This regimen] didn’t seem to have major toxicities, either.

Selinexor [Xpovio] is an emerging option in the field, as well. Responses [observed with this agent] are a little more muted and a little bit more modest, but it has some potential [for use] in combination therapies. [Selinexor] does have some toxicity, but we’re learning how to manage [those effects] a little bit [better]. There might be a right dose and the right combination [with this agent] that could really be explored further; this is of great interest in the field.

Regarding emerging combinations, could you speak to the ViPOR study (NCT03223610), which evaluated a 5-drug regimen? Do you feel 5 drugs are necessary to achieve desired responses?

The short answer is that anytime you add on more drugs, you usually will add on more toxicity. It’s difficult to add on these extra agents because if [a patient] relapses, [they’re] left with a lot fewer options. Because some of our designs are also changing, when some patients are on therapy indefinitely until relapse or progression, especially with oral agents, the question becomes: What are you hoping [to achieve]? It becomes a very patient-specific [question], too.

If patients have a time-limited therapy, where they’re not taking anything with more toxicity up front, but then they experience a long tail on the back end, that could be very intriguing. On the other hand, if it’s just therapy [that is being used] to induce a response, that’s a tougher [decision]. I’m not sure how well patients feel the difference between their partial responses or their CRs; not every patient really feels [if a] tumor is gone or not. Then the question becomes: Are they living better or longer? Adding on extra drugs might help [them to live] longer, but are they living better?

What CAR T-cell products are coming down the pike in DLBCL and other lymphomas? Are novel combinations under exploration?

What we’re seeing, and what continues to be reported out, is that many of these remissions, the CRs in particular, are durable [with this modality], which really [suggests] that this is a potentially curative approach for a prior-to- refractory population.

As this field continues to emerge, it’ll be interesting to see safer CAR T-cell products [become available]. It would [also be exciting to] really dial it up with respect to efficacy, [to achieve] more CRs that are durable. [Regarding] combinations, [some efforts] are looking at combining [these products] with lenalidomide or ibrutinib [Imbruvica]. Those [studies] are going be really exciting because we have a good track record with understanding the toxicities that come with those agents; [to learn] how [well] they pair with CAR T-cell products [will be important].

Additionally, seeing CAR T-cell–induced responses in some lymphomas that we hadn’t seen before—follicular lymphoma, as an example—is also extremely exciting. There’s certainly a patient population that relapses early and aggressively and is in need of [options]. Having new treatments that work and are durable is very exciting.

Have you had any scenarios in practice where you have opted for CAR T-cell therapy in place of transplant?

Outside a clinical trial, the short answer is no. However, for some patients, we are a little concerned about the response to salvage chemotherapy. If it’s a mixed response and you’re seeing some shrinking but maybe some stability in other lesions, that is kind of raising an alarm bell. How durable is that treatment and how chemotherapy sensitive are they? That might be [a case where I would move] toward CAR T-cell therapy [while] trying to remain within the strict criteria for its use right now.

[It’s important to] recognize that there is a population where you really do worry about how well transplant will work for them. Is it really worth the toxicity if they’re going to relapse or if they’re chemotherapy refractory and demonstrating some evidence of that? It’s hard to leave them in the lurch of still recovering from an autologous stem cell transplant, and then also needing to plot your simultaneous next line of therapy.

Did any other compelling data sets read out at the 2020 American Society of Hematology Annual Meeting and Exposition in DLBCL?

The [emerging data we are seeing with] bispecific T-cell engagers as therapeutic options, particularly in the relapsed/ refractory setting, were extremely exciting. The newgeneration BTK inhibitors that are inducing responses, particularly in patients with lymphoma who have progressed on prior ibrutinib, are also very intriguing. [There is] some suggestion that we can overcome some of the resistance mechanisms, and that these therapies are effective. As we’re getting more experienced with next-generation BTK inhibitors, they’re appearing safer, as well. It’s nice to see the field progressing and improving in making these therapies better.

When it comes to BTK inhibitors, do either covalent or noncovalent inhibitors have an advantage?

There might be with respect to efficacy, but I think we’ll still need to [explore that further]. I’m not sure that I would choose one over the other necessarily right now, but I do think that this will be important. I suspect, as the studies read out officially, we might learn that those 2 different mechanisms of action really do matter.