The combination of dabrafenib and trametinib elicited favorable response rates in a mixed histology cohort of pretreated patients with solid tumors, lymphomas, and multiple myeloma whose tumors harbored a BRAF V600 mutation.

“These data suggest that dabrafenib and trametinib have promising activity outside of their currently approved indications,” lead author of the study April K.S. Salama, MD, of Duke Cancer Institute, and co-authors wrote in the paper. “Although the response rate reported here is lower than that in the first-line setting for diseases such as melanoma and NSCLC, the overall DCR was 75.9% in this heavily pretreated population.”

The NCI-MATCH trial was designed to serve as a platform precision medicine study. In the trial, participants received treatment based on genetic testing results yielded from biopsies performed prior to treatment, irrespective of tumor type. In this portion of the project, referred to as Subprotocol H, investigators examined the BRAF inhibitor in combination with the MEK1/2 inhibitor in patients with solid tumors, lymphomas, or multiple myeloma; all tumors harbored a BRAF V600E/K/R/D mutation following disease progression on standard treatment.

Patients with melanoma, thyroid, or colorectal cancers were not eligible to participate in the open-label, single-arm EAY131-H trial. An amendment made to the trial excluded patients with non–small cell lung cancer (NSCLC) from inclusion on the trial, as well. Participants enrolled to the EAY131-H trial received continuous dabrafenib at 150 mg twice daily plus trametinib 2 mg daily until either progressive disease or unacceptable toxicity. The primary end point of the trial was centrally assessed ORR, while key secondary end points included PFS, 6-month PFS, and OS.

Of the 29 patients included in the primary analysis, 62% were female and the median age was 59 years. The majority of participants, or 93%, were white and just under half, or 45%, had received 3 or more previous treatments. A total of 16 tumor types were represented in the trial and all tumors harbored a BRAF V600E mutation.

Notably, 4 of the 5 patients with low-grade serous ovarian carcinoma achieved a PR with the combination and 1 achieved SD. Of the 4 PRs, 3 persisted for 12 months or longer; the fourth patient was free of progression at 10.7 months. Of 4 patients with cholangiocarcinoma, 3 experienced a PR.

With regard to the subset of patients with lung adenocarcinoma, 1 patient with a papillary variant achieved a PR and was free of disease progression at 32.5 months; 1 patient determined to be unevaluable showed an 81% reduction in the sum of measured lesions and a PFS of 12.7 months. Moreover, 3 patients achieved SD for 15.6 months, 6.6 months, and 3.6 months.

Additionally, 1 participant with pleomorphic xanthoastrocytoma, a rare, benign brain tumor, achieved a PR that lasted for 7.2 months, while 1 patient with histiocytic sarcoma of the brain also achieved a PR and was free of disease progression at 20.9 months.

Notably, beyond the 11 PRs achieved, 8 participants experienced a PFS of greater than 6 months.

With regard to safety, adverse effects (AEs) were found to be comparable to those previously reported with each agent investigated, with no new toxicities observed.

The most common AEs least likely to be related to treatment included fatigue (74%), nausea (57%), fever (51%), and chills (54%). Other reported toxicities included headache (29%), alkaline phosphatase elevation (31%), and aspartate aminotransferase elevation (29%). Toxicities thought to potentially be associated with the study treatment included fatigue, neutropenia, hyponatremia, and hypophosphatemia. No grade 5 events were observed.

“The study is an informative step in selecting patients for molecularly targeted therapy in BRAF V600–driven cancers, and it stands to serve as a foundation for future work focused on BRAF V600–mutated cancers that currently lack effective standard-of-care therapies,” the study authors concluded. “An expansion of this cohort is planned to better characterize the potential benefit of dabrafenib and trametinib in this patient population.” 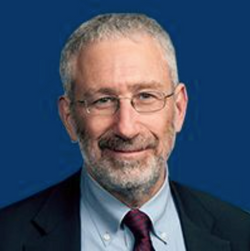 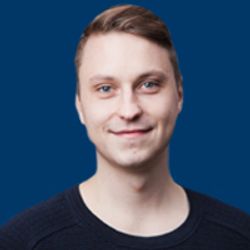