Multiple immune-infiltrate features in the immune-genomic landscape of osteosarcoma, such as poor tumor infiltration by immune cells, low T-cell activity, a lack of immune-stimulating neoantigens, and immune-suppressing pathways, contribute to the limited clinical activity associated with checkpoint inhibitors in this disease, according to results of a study published in Nature Communications. 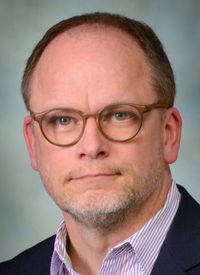 Multiple immune-infiltrate features in the immune-genomic landscape of osteosarcoma, such as poor tumor infiltration by immune cells, low T-cell activity, a lack of immune-stimulating neoantigens, and immune-suppressing pathways, contribute to the limited clinical activity associated with checkpoint inhibitors in this disease, according to results of a study published in Nature Communications.1

While the results were in line with previously reported data regarding the genomic landscape of advanced osteosarcoma tumors, these genomic indicators suggest that rather than activating immune response, the complex and heterogeneous landscape may lead to an immunosuppressive disease state.

“This study is important not only because it focuses on a rare cancer, but it sets the groundwork for understanding the multifaceted reasons this cancer doesn’t respond to immunotherapy, despite having certain hallmarks that suggest it would,” senior author P. Andrew Futreal, PhD, BS, chair of the Department of Genomic Medicine, stated in a press release.2 “Understanding those reasons and beginning to pick them apart does begin to give us lines of sight on how to get around the tumor’s methods of subverting the immune system.”

Testing was conducted on samples from 48 pediatric and adult patients with high-grade osteosarcoma who had primary, relapsed, and metastatic disease. The median age at diagnosis was 27 years (range, 5-81). Sixty percent of patients were male, 63% were white, and 77% of patients had localized disease at presentation. The study comprised a number of histologies, such as osteoblastic (29%), fibroblastic (19%), chondroblastic (13%), extraskeletal (13%), dedifferentiated parosteal (10%), telangiectatic (4%), giant cell rich (2%), high-grade surface (2%), and other—high grade histology (8%). Moreover, 73% of 41 patients had a poor pathologic response, which was defined as tumor necrosis <90%, to neoadjuvant chemotherapy. Twenty-three percent (n = 13) and 51% (n = 27) of patients had relapsed and metastatic disease, respectively.

From the analyses, genomic features, such as mutation signature 8, genomic rearrangements, and TP53/RB1 mutation-induced unstable genomes, were identified as being key players in the lack of immune response associated with advanced osteosarcoma.

Mutation signature 8 was positively associated with mutation burden, disease relapse status, as well as survival. However, it was not associated with kataegis, which are mutation clusters that contribute to disease heterogenicity.

The molecular landscape of osteosarcoma suggests the disease should have a high response to immune-based therapies based on the level of neoantigens; however, the study showed that the number of neoantigens was not associated with transcriptome immune infiltrate levels.

High-level genomic rearrangements were divided into clustered and non-clustered subgroups based on their signatures. Clustered rearrangements with chromothripsis were more frequently associated with pediatric patients, who are predominantly affected by osteosarcoma, as opposed to adult patients. It was noted that although there were substantial proportions of predicted neoantigenic mutations and genic rearrangements identified, few alterations were expressed at high levels.

Investigators also revealed that whole-genome doubling or telomere lengthening of osteosarcoma cells may contribute to the unstable, mutation-induced TP53/RB1 genome within the disease. Moreover, this feature appears to maintain the cancer cells’ viability.

Interestingly, 3 clusters of gene expression enrichment scores, C1, C2, and C3, were identified via gene expression analysis and corresponded with increasing levels of immune infiltrate. Though C3 has a high level of immune infiltrate and tumors in this group were considered to be “hot,”—which suggest there may be clinical utility to develop biomarker-driven immunotherapy trials&mdash;the overall lack of neoantigens or the presence of tumor-intrinsic immune resistance mechanisms may contribute to the lack of immune response.

Conversely, C1 had the lowest immune infiltrate level. These “cold” tumors were associated with a higher degree of genomic instability due to the presence of more genes with copy number loss, decreased HLA expression and nearly absent immune cells. All of these factors may contribute to immune suppression.

Importantly, the study showed that immune cell infiltration of osteosarcoma is lower than other tumor types, including non¬—small cell lung cancer and melanoma, which is congruent with the level of immunotherapy response demonstrated in these malignancies.

Additionally, an intriguing relationship between the targetable PARP2 gene and immune score was found. Increased PARP2 expression was associated with low immune infiltrate in the C1 subgroup of “cold” tumors. As such, PARP inhibitors in combination with checkpoint inhibitors could likely be an area of future exploration.

“By understanding the interplay between tumor genomics and the immune response, we are better equipped to identify osteosarcoma patients who are more likely to benefit from immunotherapy,” co-author J. Andrew Livingston, MD, an assistant professor in the Department of Sarcoma Medical Oncology and of Pediatrics, Division of Cancer Medicine, of The University of Texas MD Anderson Cancer Center, stated in the press release. “These findings lay the groundwork for novel clinical trials combining immunotherapy agents with targeted or cell-based therapies to improve outcomes for our patients.”

Additionally, translational studies of patients with osteosarcoma who were treated with checkpoints inhibitors will help better inform next steps with checkpoint inhibitor trials in this patient population, Wu and coinvestigators concluded.