Nathan A. Pennell, MD, PhD, discusses the significance of findings from the DESTINY-Lung01 trial in non–small cell lung cancer.

HER2 is slated to become the next must-test genetic alteration in metastatic nonsquamous non–small cell lung cancer (NSCLC), according to data from the phase 2 DESTINY-Lung01 trial1 evaluating fam-trastuzumab deruxtecan-nxki (Enhertu) in patients with HER2-mutant NSCLC, said Nathan A. Pennell, MD, PhD.

The results, which were presented at the 2020 ASCO Virtual Scientific Program, showed that the antibody-drug conjugate (ADC) led to a confirmed objective response rate (ORR) of 61.9% by independent central review in patients with relapsed/refractory HER2-mutant NSCLC (n = 42). The ORR consisted of a 2.4% (n = 1) complete response rate, a 59.5% (n = 25) partial response rate, and a 28.6% (n = 12) stable disease rate.

The median treatment duration was 7.76 months (range, 0.7-14.3). Serious drug-related treatment-emergent adverse effects (TEAEs) were reported in 16.7% of patients. The most common TEAEs leading to dose interruption were decreased neutrophil count (19.0%) and lung infection (7.1%). Five patients developed grade 2 interstitial lung disease (ILD), and although 5 TEAEs were reported, none were treatment related.

“The data were very exciting,” said Pennell. “These are numbers we expect to see with EGFR inhibitors in EGFR-mutant lung cancer and ALK inhibitors in ALK-positive lung cancer. These data suggest that this may be an equally effective targeted treatment for this population of patients.”

On May 18, 2020, the FDA granted a breakthrough therapy designation to trastuzumab deruxtecan for the treatment of patients with metastatic NSCLC whose tumors have a HER2 mutation and disease progression on or after platinum-based therapy, according to findings from the DESTINY-Lung01 trial, as well as data from a phase 1 trial.2,3

In an interview with OncLive, Pennell, director, Lung Cancer Medical Oncology Program, Taussig Cancer Institute, Cleveland Clinic, discussed the significance of these findings in the field.

OncLive: Could you provide some background on the DESTINY-Lung-01 trial?

We’ve been treating patients with HER2-amplified breast cancer for a really long time, but the drugs that have been used for HER2-positive breast cancer have been kind of disappointing in HER2-mutant lung cancer. Even though it’s very analogous to the tyrosine kinase mutations in EGFR, the multi-HER family inhibitors for example, such as afatinib (Gilotrif), have not been particularly effective in this patient population.

Probably the most effective treatments we have are the HER2-targeted ADCs, such as ado-trastuzumab emtansine (T-DM1; Kadcyla) for example. Now, we also have a trial evaluating trastuzumab deruxtecan, which is also a HER2-targeted ADC. The drug was tested in the DESTINY-Lung01 trial in HER2-expressing and HER2-mutant tumors. At the 2020 ASCO Virtual Scientific Program, we saw data from the HER2-mutant cohort of 42 patients. The majority of patients were heavily pretreated with chemotherapy and immunotherapy, and some had received prior TKIs. We saw an ORR of 62%, and the estimated median PFS was 14 months.

We do have to look at the toxicities of the drug. There were some hematologic toxicities, which you run into with these ADCs. Leakage of the payload into the bloodstream causes some hematologic suppression and some gastrointestinal toxicity from the chemotherapy. There were some episodes of ILD. About 12% of patients on the trial experienced grade 2 ILD. Patients appeared to respond to steroids. No patients developed a serious or life-threatening toxicity. This is definitely something we’ll have to watch for, especially when the trial expands to a larger group of patients outside of a [trial-eligible] population.

Pneumonitis is something we’re used to seeing with almost every agent in lung cancer, so that’s something our oncologists will be prepared to deal with, if this ends up moving into practice. We’re probably going to be adding HER2 to our list of must-test genetic alterations very soon, further amplifying the fact that we have to do multiplex next-generation sequencing in order to identify all of these alterations.

What additional research would you like to see with the agent?

We would like to see a randomized trial and larger [data sets]. However, we’re used to seeing drugs become approved and available for patients based on small single-arm trials. That was true for ROS1 and BRAF. Crizotinib (Xalkori) was approved for ALK-positive patients based on data from about 112 patients. Presumably, investigators are still enrolling [patients to the DESTINY-Lung01 trial]. However, I wouldn’t be surprised if the FDA took a look at [the agent with] not much more data than we already have.

The biggest benefit to a larger cohort of patients would be further exploration of the agent’s toxicity profile. Since the drug seems to work for quite some time, ‘What are the long-term toxicities we’ll see over time?’ I would like to see a little bit more data on that. However, with this kind of response rate and PFS, it would be useless to compare the drug with docetaxel in

the second-line setting because you know it’s going to beat it. I’m not a big fan of requiring randomized trials when you see numbers that show clear superiority than, let’s say chemotherapy or another inferior alternative treatment.

How could an approval for this agent impact the paradigm?

As long as these numbers stay fairly consistent [with the] 60% response rate and 14-month PFS [we saw], much like all the other targeted treatments in genetically defined subsets, [I would say that’s enough of a benefit where] it could potentially move into the first-line setting and become the new standard for patients with HER2-mutant lung cancer.

We’d have to start testing for HER2 routinely at diagnosis. It still sounds weird when I talk about small phase 2 trials changing first-line treatment, but this is the landscape we’re in now. When you see something that has a 60% to 70% response rate and a PFS that’s in excess of 1 year, you know you have a real effective treatment for an oncogene-driven cancer. That’s all you need to know as long as it’s tolerable and the toxicity profile is okay. Then, that is good enough to start treating patients. 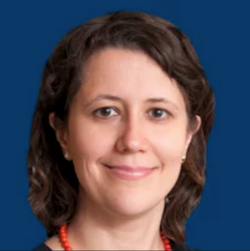 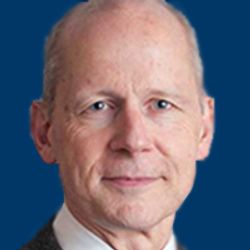 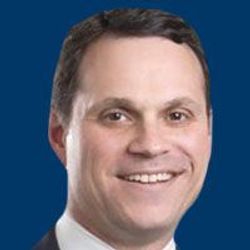