Mitesh J. Borad, MD, explains how FGFR alterations influence treatment strategies in cholangiocarcinoma and urothelial cancer, discusses the FGFR resistance mechanisms that are prompting further research in this area, and highlights the rationale for the KN-4802 trial. 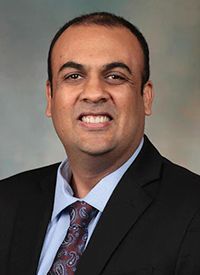 The next-generation FGFR inhibitor KIN-3248 represents a new class of highly targeted agents that have the potential to increase efficacy and decrease off-target toxicity in the treatment of patients with FGFR-altered urothelial cancer and cholangiocarcinoma, according to Mitesh J. Borad, MD.

KIN-3248 will be investigated in the phase 1 KN-4802 trial (NCT05242822) in patients with advanced solid tumors harboring FGFR2 and FGFR3 gene alterations.1 This inhibitor, as well as agents such as RLY-4008, which is under investigation in patients with FGFR2-altered cholangiocarcinoma, may contribute to an increasingly targeted future treatment paradigm for cancers with FGFR alterations.

“Drugs that are more specific, less toxic, more durable, and beneficial to a greater number of patients are what we want to see,” Borad said in an interview with OncLive®.

In the interview, Borad explained how FGFR alterations influence treatment strategies in cholangiocarcinoma and urothelial cancer, discussed the FGFR resistance mechanisms that are prompting further research in this area, and highlighted the rationale for the KN-4802 trial.

Borad is an oncologist in the Department of Medical Oncology at Mayo Clinic Comprehensive Cancer Center in Phoenix, Arizona.

OncLive®: How prevalent are FGFR alterations in cholangiocarcinoma and urothelial carcinoma?

How do FGFR alterations affect the efficacy of standard therapies in these cancers?

This question is still under study in some cancers. For example, in cholangiocarcinoma, it is not well known if [patients who] have these fusions or mutations are more or less responsive to cytotoxic chemotherapies, [or if they will respond to] immunotherapy with the advent of the [phase 3] TOPAZ-1 study [NCT03875235] in biliary cancers. This question will be studied further [to determine] whether these tumors are more or less responsive to standard therapies.

In other cancers, such as lung cancer, where EGFR and ALK alterations [are present], patients do much better on targeted therapies. That might end up being the case [in cholangiocarcinoma], but this is still under evaluation. In bladder cancer, the data seem to suggest that patients are somewhat less responsive to immunotherapy and perhaps cytotoxic therapies, but larger studies need to tease this out, especially in the frontline settings.

What are some known resistance mechanisms for FGFR, and what is the current standard of care for patients who develop acquired resistance?

We’ve seen in lung cancer that you can start with the first-generation inhibitors, understand the mechanisms of resistance, and then, when better drugs are subsequently developed, you can prolong responses or sequence drugs as newer-generation inhibitors are brought through the development pipeline. What we understand with FGFR2 and FGFR3 is that the mechanisms of resistance can be on pathway or off pathway.

When they’re on pathway, they may be mutations in FGFR2 or FGFR3, often polyclonal mutations that have many clones in the tumor, each having different mutations. You can often determine this through liquid biopsy analysis. [When you identify on-pathway mutations], you need drugs that can cover many of these different mutations, because there are multiple mechanisms of on-pathway resistance.

There’s no standard yet, but for example, with cholangiocarcinoma, futibatinib [Lytgobi] has been active in the setting where other drugs have previously been used. There are also newer third-generation inhibitors like RLY-4008, which has preliminary data showing activity even in patients who have received futibatinib. The field is rapidly evolving, and we’ll see what the standard ends up being, but it will probably be these later-generation inhibitors.

[Regarding] the off-pathway resistance mechanisms, we don’t fully understand all these yet. They include downstream mutations in the PI3K pathway or the RAS/RAF/MEK/ERK pathway, heat shock protein signaling, autophagy, and other mechanisms.

One next-generation FGFR inhibitor in development is KIN-3248. What sets this agent apart from earlier-generation agents?

[KIN-3248] falls into that next-generation category of inhibitors. It’s still in early phase studies with dose escalation followed by dose-expansion cohorts planned, with [a target enrollment of 120 patients]. The diseases of interest are tumors like intrahepatic cholangiocarcinoma and urothelial cancer, where these alterations [are prevalent].

What patient populations will be enrolled to KN-4802?

Like many targeted therapies being evaluated, we want to focus on patients who have these alterations and keep [the population] broad during dose escalation to arrive at the doses to use in phase 2 studies and potentially pivotal studies. Then, there are expansion cohorts [of patients with] intrahepatic cholangiocarcinoma, [which has] FGFR2 events, and urothelial cancer, [which has] FGFR3 events, predominantly mutations.

Another category will encompass [patients with] other solid tumors. The prevalence [of these mutations in these patients] will be in the low percentage range, but if they’re common tumors, we can still get a fair number of patients in total.

What are the eligibility criteria for this trial, and how will enrollment testing be conducted?

Some patients who will be evaluated [in this trial] will have received other FGFR inhibitors, because many of those are already in clinical use. In cholangiocarcinoma, this includes pemigatinib [Pemazyre] and infigratinib [Truseltiq], which are both FDA approved through accelerated approval mechanisms. In urothelial cancer, there is erdafitinib [Balversa], which is approved through an accelerated approval mechanism [and which is being investigated in ongoing] pivotal trials.

Patients, especially in the US, may have already received these types of drugs and may be evaluated in the context of overcoming resistance. Evaluation in patients who are naïve to this category of therapies may also be of consideration. Those [decisions] would come through further exploration as these trials advance and undergo design changes.

What could next-generation FGFR inhibitors such as KIN-3248 mean for patients with cholangiocarcinoma and urothelial cancer if they become options in the treatment paradigm?

[We want to see] future-generation inhibitors deliver results such as more durable responses. Currently, we can typically achieve responses in the range of 30% with most of the current inhibitors. We’d like to see a larger number of patients respond, and we’d like patients to stay in response longer, beyond the 6- to 7- month range that we get currently. [We want a] higher proportion of responses and more durable responses.

Secondly, we’d like to see fewer toxicities. The current inhibitors hit FGFR1, FGFR2, and FGFR3. Depending on [the agent’s] target, some of those other FGFR alterations may be off target. [We need] more specific inhibitors. [In patients with] FGFR3 alterations, we primarily want to hit FGFR3. [In patients with] FGFR2 fusions, we don’t want to hit the other FGFR alterations because they don’t typically contribute to resistance, and patients will just experience toxicity.

What other intriguing next-generation FGFR inhibitors are in development?

RLY-4008 is an allosteric inhibitor of FGFR2, so it doesn’t use the kinase pocket as its mechanism of action. Preliminary results have already been presented at the 2022 EORTC-NCI-AACR Symposium on Molecular Targets and Cancer Therapeutics. [Continued findings in this area will be of interest] regarding therapeutic activity in this class.

What is your main message for colleagues regarding ongoing research developing more effective targeted therapies for patients with FGFR alterations?

[We need to increase our] ability to identify these patients. If you haven’t profiled them, you will not see [who has these alterations] and you may just use the more empiric therapies that are otherwise available. Genomic profiling will be key and doing it earlier in the treatment process will allow time for the testing to be done and for the results to become available so that at the juncture of acting upon it, you already have the data in hand. My single most important message to colleagues is to always keep testing in mind in all your patients, if feasible. 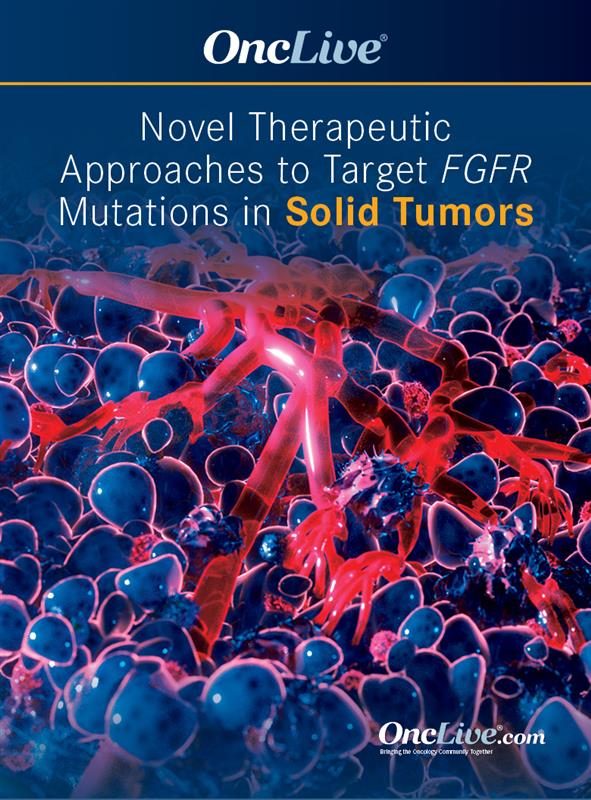