Kaleb H. Yohay, MD: Neurofibromatosis type 1, or NF1, is a genetically caused neurocutaneous disorder that results in the predisposition to the growth of multiple tumors in the central nervous system—including the brain, spinal cord, as well as the peripheral nervous system and skin.

The cause of neurofibromatosis type 1 is a mutation in the NF1 gene. It’s an autosomal dominant condition. About half the time it’s inherited from a parent, and half the time it arises as a spontaneous mutation. The gene mutation causes an abnormality in the RAS pathway which predisposes patients to develop multiple tumors and tumor types. There is tremendous variability in the types of manifestations that are a result of this mutation, which can result in tumor formation, as I mentioned, but it also can affect a variety of other organ systems. It can affect cognition and behavior, causing anxiety, and attention deficit disorder as well as learning disabilities.

It can lead to cafe au lait macules, which are brown birth marks on the skin; axillary and inguinal freckling, a very characteristic freckling pattern in the armpits and the groin area; something called Lisch nodules, which are little benign hamartomas on the iris; as well as bone abnormalities such as sphenoid wing dysplasia and tibial bowing or pseudoarthrosis, which a problem with the long bones of the leg. It can cause a variety of other manifestations as well, some of which are less common, but things like vascular abnormalities, vitamin D deficiency, growth delay, and others.

The prevalence of neurofibromatosis type 1 is estimated to be about 1 in 3000. It’s actually one of the more common rare genetic disorders, and there’s no predilection for any specific geographic location or ethnic or cultural group. All populations have about the same incidence.

NF1 is usually diagnosed in childhood. The skin manifestations, particularly the cafe au lait spots, are usually apparent at birth or in the first year of life, and then kids often come to attention through their pediatric examination where the cafe au lait spots are noticed, and the possibility of a diagnosis of NF1 is raised. Then they’re typically referred on to neurology or genetics for further evaluation. The average age of diagnosis is probably somewhere between 2 years and 5 years of age.

Neurofibromatosis type 1 is usually diagnosed based on clinical symptoms. There’s a wide range of clinical symptoms associated with neurofibromatosis type 1. The diagnostic symptoms include cafe au lait macules, which are flat, brown pigmented macules on the skin; a distinctive pattern of freckling called axillary or inguinal freckling; Lisch nodules, which are benign hamartomas of the iris; optic pathway gliomas, which are astrocytomas of the optic pathway; neurofibromas of a variety of different types, either cutaneous neurofibromas or plexiform neurofibromas; and then distinctive bone abnormalities, such as sphenoid wing dysplasia and tibial bowing.

The presence of a first-degree family member would also count as a diagnostic criterion. In addition to these clinical criteria, there are other potential clinical manifestations and signs of NF, including choroidal nodules on the retina; nevus anemicus, which are white patches on the skin; and a variety of other tumor types, including pheochromocytomas, which can manifest as hypertension. Patients can have vascular abnormalities, including carotid stenosis and moyamoya, or renal artery stenosis. They can also have short stature and can have an increased incidence of certain types of cancer. 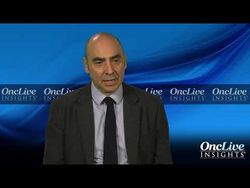 Unmet Needs in the Management of NF1 With PNs 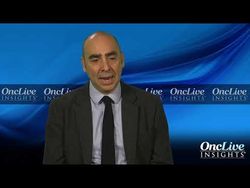 NF1 With PNs: Future of Treatment With MEK Inhibitors 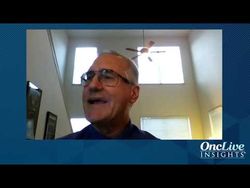