R. Lor Randall, MD, FACS, discusses the poor prognosis associated with recurrent pulmonary osteosarcoma, the data from the AOST1421 trial of dinutuxumab plus granulocyte-macrophage colony-stimulating factor, and the need for expanded treatment options in osteosarcoma. 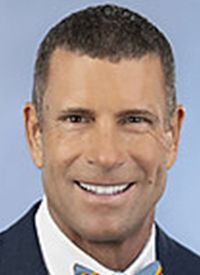 The combination of dinutuximab (Unituxin) plus granulocyte-macrophage colony-stimulating factor (GM-CSF) did not improve disease control rate (DCR) vs historical standards in patients with recurrent pulmonary osteosarcoma in complete surgical remission, according to data from the phase 2 AOST1421 trial (NCT02484443).

“Unfortunately, with this study, we had a rapid accrual, because these patients are in dire need [of treatment options]. However, we were not able to see an improvement like we were hoping for,” said R. Lor Randall, MD, FACS.

OncLive®: What is the unmet need for systemic therapy in recurrent osteosarcoma?

Randall: Osteosarcoma is the most common form of pediatric bone cancer, and it’s a very aggressive bone-forming sarcoma. Survival rates with upfront chemotherapy and surgical excision is anywhere from 65% to 75%.

As such, we have patients who are facing dire situations with recurrent osteosarcoma. We try to get patients into phase 1/2 trials quickly. The Children’s Oncology Group works diligently to have some not-yet standard therapies available to these patients.

GD2 is one of many targets that have been [investigated] in recent years, but the unmet need is finding something that can target [to help us] improve overall survival, disease-free survival, event-free survival, and even cure some patients.

What was the rationale of investigating dinutuximab in the treatment of recurrent osteosarcoma? What did these data tell investigators?

GD2 is expressed on the cell surface of osteosarcoma cell lines, and it has been seen in salvage tissues, where it is upregulated. Preclinical modeling has shown exciting data on using an anti-GD2 antibody to potentially be effective in the treatment of these patients.

The end point for this [trial] was DCR, and as such, we didn't see the kind of numbers we would hope for in terms of anti-GD2 activity in this cohort of patients [with recurrent osteosarcoma].

Where do you hope to see an effective systemic therapy have the most effect on patients?

Oligometastatic disease is more favorable if it is resectable. [Resection], without too much morbidity, improves the lives of patients in about 15% of the cases with surgical management of the relapsed disease. For multi-site relapses, we haven't found any good cures yet, and [current options mainly involve] palliation.

As a surgical oncologist, at what point should medical oncologists be consulted for patients with osteosarcoma? Does it depend on the patient’s risk for recurrence in this setting?

I would encourage any medical oncologist who is not at a major National Cancer Institute–Designated Comprehensive Cancer Center with a sarcoma program to reach out to their pediatric oncologist as soon as possible—right when patients come through the door—even if a patient is beyond the [pediatric] age group.

For a medical oncologist, if they have someone coming in with a lesion that’s destructive of bone and is suspicious for an osteosarcoma, get the pediatric oncologist involved straight away.