Kimberly L. Blackwell, MD, professor of medicine and assistant professor of radiation oncology at Duke Cancer Institute at Duke University, discusses the EMILIA trial that compared T-DM1 (trastuzumab emtansine) to the standard therapy of capecitabine (Xeloda) plus lapatinib (Tykerb) for women with HER2-positive locally advanced or metastatic breast cancer who had previously received a taxane with trastuzumab.

The trial found that T-DM1, an antibody-drug conjugate, improved progression-free survival by 9.6 months compared to 6.4 months in the standard therapy arm. Additionally, Blackwell notes that a 17.7% absolute difference in overall survival was observed in favor of T-DM1; however, this number was deemed not significant according to the trials strict standards.

Blackwell explains that these results are stirring excitement in the breast cancer community because this level of improvement over the standard treatment has not been observed, in any previous trials for metastatic breast cancer.

In addition to an improved survival benefit, the toxicity profile of T-DM1 also appears to be superior to capecitabine and lapatinib, which resulted in an increased quality of life for the women participating in the trial, Blackwell added. The only strange or unexpected side effect was a nonthreatening decrease in blood platelets, which caused thrombocytopenia.

View more from the 2012 ASCO Conference 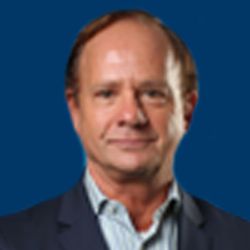