Parameswaran Hari, MD, MRCP, the Armand J. Quick/William F. Stapp Professor of Hematology, and the chief of the Division of Hematology/Oncology, Department of Medicine, at the Medical College of Wisconsin, shares key considerations for the treatment of patients with relapsed/refractory multiple myeloma.

One of the keys to managing patients with relapsed/refractory myeloma is to understand which agents a patient may have already been exposed to, Hari says. If patients have not responded to these agents, it is important to use a combination of new agents, according to Hari.

In the early relapse setting, several immunomodulatory drug (IMiD)–free regimens, as well as regimens with PI3K inhibitors or monoclonal antibodies. For patients who haven't been exposed to many agents, a monoclonal antibody with a proteosome inhibitor (PI) is preferred, according to Hari; this can include combinations such as daratumumab (Darzalex) plus carfilzomib (Kyprolis) or bortezomib (Velcade), and isatuximab (Sarclisa) plus carfilzomib.

For patients who have been exposed to these agents and are in the penta-refractory setting, selinexor (Xpovio) can also be utilized in a number of combinations with agents that have been previously used, Hari explains.

Additionally, belantamab mafodotin-blmf (Blenrep), which was approved by the FDA in August 2020 for use in patients with relapsed/refractory multiple myeloma who have received 4 prior therapies, including an IMiD, a PI, and an anti-CD38 antibody, offers a new treatment strategy. Although it is important to heed toxicities associated with agents such as selinexor and belantamab mafodotin, it's a very exciting time in the field due to the number of emerging agents, Hari concludes. 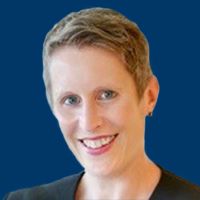