Dr. Langer on the Benefit of Atezolizumab Following Progression in Advanced NSCLC 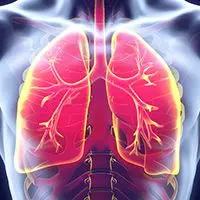 The phase 3 OAK trial (NCT02008227) evaluated the efficacy and safety of atezolizumab compared with docetaxel in patients with locally advanced or metastatic NSCLC after failure with platinum-containing chemotherapy.

Though other factors could have attributed to the benefit for patients who continued treatment following progression, investigators still observed a clear survival separation between the 2 groups, Langer concludes.