Dr. Mascarenhas on the Promise of Imetelstat in Myelofibrosis

John O. Mascarenhas, MD, associate professor of medicine, hematology, and medical oncology at the Icahn School of Medicine at Mount Sinai; director of the Adult Leukemia Program; and leader of Clinical Investigation within the Myeloproliferative Disorders Program at Mount Sinai, and a member of the Tisch Cancer Institute, discusses the promise of imetelstat (GRN163L) in myelofibrosis.

The telomerase inhibitor imetelstat has the potential to be paradigm shifting, says Mascarenhas. Imetelstat is administered intravenously every 3 weeks and is associated with myelosuppression. However, phase 2 data, have shown that the agent appears to have the potential to prolong survival, according to Mascarenhas. Survival is an important end point, says Mascarenhas, as most of the end points examined thus far have been related to splenic symptoms or anemia responses. Improving survival in patients who progress on ruxolitinib (Jakafi), which has a median overall survival of approximately 12-15 months, is important, explains Mascarenhas.

A phase 3 study comparing imetelstat with best available therapy in patients with myelofibrosis will soon be launched and will enroll patients who have progressed on ruxolitinib. It is exciting to see the field move forward, the end points evolve, and the goals of therapy go beyond splenic symptoms, says Mascarenhas. An important goal is to try and change the natural course of these diseases, concludes Mascarenhas. 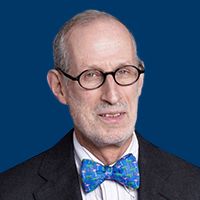