Dr. Oh on Design and Results of the PRINT Trial in Castration-Resistant Prostate Cancer

In the trial, patients with mCRPC received different approved treatments in rapid sequence, says Oh. Rather than give a patient 1 drug until they become resistant, the patient would receive a short burst of drugs in pairs to see if the resistance clone could be eradicated, explains Oh.

The rapidly cycling treatment regimen was composed of 3 separate, consecutive treatment modules that each lasted for 3 months. In module 1, patients received abiraterone acetate (Zytiga) plus radium-223 (Xofigo); the radium-223 was dropped when it was considered to be too risky, according to Oh. At that time, regardless of whether the patient was responding to treatment, they were then switched to a chemotherapy regimen composed of cabazitaxel and carboplatin as part of module 2. When that module was completed, patients received enzalutamide (Xtandi) plus radium-223 in module 3.

After 9 months of treatment in patients with mCRPC, therapy was stopped, and investigators continued to follow patients on androgen deprivation therapy alone. At a median follow-up of up to 1 year, 20% of patients did not require additional therapy. As such, this approach might offer a new way to sequence existing therapies and potentially decrease the chance of resistance, concludes Oh. 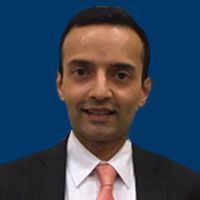