Dr. Strickler on the FDA Approval of Tucatinib Plus Trastuzumab in mCRC

John H. Strickler, MD, discusses the significance of the FDA approval of tucatinib plus trastuzumab in metastatic colorectal cancer.

Dr. Strickler on the Significance of an FDA Approval in HER2+ mCRC

On January 19, 2023, the FDA granted approval to the combination of tucatinib and trastuzumab in adult patients with HER2-positive unresectable or metastatic colorectal cancer (CRC) who have received at least 1 prior treatment. The regulatory decision was backed by the results of the phase 2 MOUNTAINEER trial (NCT03043313), in which, at a median follow-up of 20.7 months, the combination elicited a confirmed objective response rate of 38.1% and a median duration of response of 12.4 months.

Patients with HER2-positive, RAS wild-type mCRC benefit from HER2-targeted therapies, Strickler says. Although these therapies are included in the National Comprehensive Cancer Network Clinical Practice Guidelines in Oncology, no HER2-directed therapies for HER2-positive mCRC have received FDA approval prior to tucatinib plus trastuzumab, Strickler notes. The lack of approved regimens in this disease creates access problems for patients, as many patients do not have off-label access to investigational treatments, Strickler explains.

Tucatinib combined with trastuzumab is an active regimen in the previously treated HER2-positive mCRC population, inducing a median progression-free survival of 8.2 months and a median overall survival of 24.1 months. The FDA approval of this combination improves patient access to this highly effective therapy, Strickler emphasizes.

Dr. Strickler on the Future of Tucatinib Plus Trastuzumab in mCRC

This approval marks an exciting breakthrough for patients, as the combination is well tolerated and demonstrates high response rates and durable disease control, Strickler says. Diarrhea, fatigue, and hypertension were the most common adverse effects of grade 3 or higher seen in MOUNTAINEER. This regimen, which was largely tested in the third-line and later settings, will be considered a standard-of-care option, especially as it provides patients a break from chemotherapy, Strickler explains. Although the current FDA approval for this combination is for patients who have progressed on all standard chemotherapy regimens, as this combination becomes part of standard practice, it may move to earlier lines of therapy so more patients can benefit from its efficacy and tolerability, Strickler concludes. 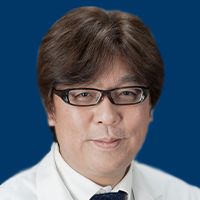