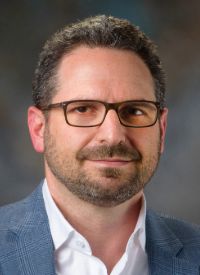 The use of neoadjuvant chemotherapy has become a standard for patients with pancreatic cancer followed by adjuvant chemotherapy, explained Matthew H.G. Katz, MD, FACS, adding that the addition of radiation to upfront therapy could further improve outcomes.

“We give chemotherapy—potentially with radiation therapy&mdash;prior to surgery. A certain number of those patients will progress during the administration of therapy, typically systemically, and those patients will not then undergo an operation,” said Katz. “I would argue, though, that those patients likely would develop metastases relatively soon after an operation had that been performed de novo.”

Prior studies have evaluated neoadjuvant chemotherapy in pancreatic cancer. In the PREOPANC-1 trial, patients with pancreatic cancer were randomized to upfront surgery or chemoradiotherapy, both followed by adjuvant chemotherapy. Results showed that neoadjuvant chemoradiation led to a median overall survival (OS) of 17.1 months compared with 13.7 months for the upfront surgery arm (HR, 0.74; P = .074). Furthermore, the median disease-free survival was 9.9 months and 7.9 months, respectively (HR, 0.71; P = .023).

However, an ongoing phase II study may better address questions on which patients are best to receive neoadjuvant chemotherapy. The ALLIANCE A021501 trial (NCT02839343), which has completed enrollment, is evaluating modified FOLFIRINOX with or without hypofractionated radiation before surgery in patients with pancreatic cancer.

In an interview during the 2020 OncLive® State of the Science Summit™ on Gastrointestinal Malignancies, Katz, an associate professor in the Department of Surgical Oncology at The University of Texas MD Anderson Cancer Center, discussed data with neoadjuvant therapy and ongoing research in pancreatic cancer.

OncLive®: How has treatment for patients with pancreatic cancer shifted in recent years?

That being said, there is increasing movement toward the administration of systemic chemotherapy and potentially radiation therapy prior to surgery. In fact, ASCO guidelines now recommend the administration of preoperative systemic chemotherapy prior to surgery in patients who meet certain criteria—usually patients with larger or more advanced tumors, as well as patients with a performance status that is not suitable for surgery immediately. These are patients who have subtle evidence of metastatic disease, whether that is by ambiguous findings on imaging studies or elevated CA 19-9 levels. While the standard of care currently remains surgery followed by chemotherapy, many of us are now treating patients prior to surgery with chemotherapy and potentially radiation therapy, as well.

There has never been a study that randomizes patients with optimal characteristics to neoadjuvant or adjuvant therapy. There is an ALLIANCE study right now in development that will randomize patients to treatment arms of postoperative FOLFIRINOX versus perioperative FOLFIRINOX. There is a role for preoperative systemic chemotherapy, even for those who otherwise seem to be appropriate operative candidates. In those types of situations, it is appropriate to bring patients to the operating room as primary therapy, as well. Those situations involve a resectable tumor, a normal CA 19-9 level, and a healthy patient. Unfortunately, for patients with pancreatic cancer, meeting all 3 of those criteria is relatively uncommon.

One of the underlying rationales for giving preoperative therapy is to select patients with rapidly progressive disease, particularly those who are not anticipated to benefit from an operation prior to undergoing what would otherwise be a fairly complex and potentially more [invasive] operation.

What is the optimal adjuvant chemotherapy to use in patients?

A significant portion of patients who undergo surgical resection are not fit enough to receive systemic chemotherapy with [FOLFIRINOX]. For those patients, gemcitabine plus capecitabine (Xeloda) or even gemcitabine monotherapy are perfectly appropriate.

What are your thoughts on findings from the PREOPANC-1 trial?

There are several criticisms of that study. First, there was no preoperative systemic chemotherapy arm. It's unclear the extent [whether the neoadjuvant or adjuvant therapy] led to the improved results in the chemoradiation arm.

There has been an ALLIANCE study that just completed, A021501, that randomized patients to FOLFIRINOX versus systemic chemotherapy plus [hypofractionated] radiation therapy, both in anticipation of subsequent pancreatoduodenectomy. We're waiting for the results of that study; however, the chemotherapy plus hypofractionated radiation arm closed prematurely. We are awaiting the results of that study, which should be out in 1 to 2 years.

What are the next steps in terms of pancreatic cancer research?

There are a ton of ongoing studies. Our Pancreatic Cancer Moon Shot program at The University of Texas MD Anderson Cancer Center is doing a lot of work in early detection, including identifying subsets of patients for whom screening is most appropriate, as well as working on early identification of biomarkers, and more.

Could circulating tumor DNA (ctDNA) have utility in pancreatic cancer?

ctDNA absolutely could have utility in pancreatic cancer. There is a lot of work being done around ctDNA and other blood-based biomarkers of disease. For patients with early-stage disease, one use could be discriminating between patients with truly localized disease versus disease that is actually systemic.

Another could be monitoring therapy prior to surgery to determine the role for subsequent treatments or subsequent surgery. We could use that type of system to monitor for recurrence to determine whether to treat in the adjuvant setting. There are hundreds of potential uses for it. A lot of investigator-initiated studies are ongoing in that area at The University of Texas MD Anderson Cancer Center and elsewhere.

The fundamental problem is that patients who appear to have disease that is localized to the pancreas on the imaging studies we have today is almost never truly localized to the pancreas. The imaging technologies we have don't have the resolution to determine microscopic tumors. That's the fundamental problem. That is why most patients who we operate on, even if they undergo excellent operations, recur postoperatively. We can do a wonderful job removing the tumor from the pancreas. The problem is that we can't deal with the disease that we don't see that lies outside the pancreas at diagnosis and at presentation in the overwhelming majority of patients.