The European Commission has approved lenvatinib (Kisplyx) in combination with everolimus for patients with advanced renal cell carcinoma following 1 prior VEGF-targeted therapy. 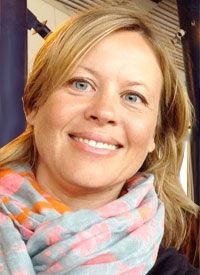 The approval was based on findings from a phase II study, which showed a 60% reduction in the risk of progression or death with the combination versus single-agent everolimus. Median progression-free survival (PFS) with the combination was 14.6 months versus 5.5 months with everolimus (HR, 0.40; 95% CI, 0.24-0.67; P = .0005).1 The EC’s approval decision followed a positive recommendation from the Committee for Medicinal Products for Human Use. Cabozantinib is now approved for use in this setting in the 28 countries of the European Union, Norway, and Iceland.

“This is a positive milestone in the clinical management of advanced renal cell carcinoma in Europe. Lenvatinib in combination with everolimus is the first and only proven regimen in Europe to combine treatments that inhibit receptor tyrosine kinases and mammalian target of rapamycin, key targets of advanced renal cell carcinoma treatment,” Hilary Glen, MB ChB, FRCP, MSc, PhD, consultant medical oncologist, Beatson West of Scotland Cancer Centre, Scotland, UK, said in a statement.

The median age of patients in the combination arm was 61 years, with the majority being males (69%). Thirty-nine percent of patients were at poor risk, by MSKCC criteria. The most common sites of metastases were the visceral organs (80%), lung (67%), and lymph nodes (57%).

All patients experienced at least 1 treatment-emergent adverse event (AE) across all treatment arms. Treatment-related grade 3 AEs occurred in 71% of patients in the combination arm, 83% in the single-agent lenvatinib arm, and 52% in the everolimus arm. The most frequently reported grade 3/4 treatment-emergent AE with the combination was diarrhea (20%). In the single-agent arms, the most common grade 3/4 AEs were proteinuria (19%) and anemia (12%) for lenvatinib and everolimus, respectively.

There were relatively few grade 4 events in any of the three arms; however, two grade 5 AEs were attributed to lenvatinib. Seventy-one percent of patients required a lenvatinib dose reductions in the combination arm compared with 62% in lenvatinib alone arm. Of those in the everolimus monotherapy arm, 26% required a dose reduction.

“This marketing authorization underscores Eisai's ongoing commitment to delivering and developing advances in the fight against cancer. We remain committed to exploring the potential of lenvatinib for people with cancer, their family and carers,” Gary Hendler, chief commercial officer Oncology Business Group, Chairman and CEO EMEA. 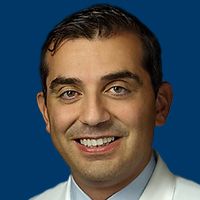 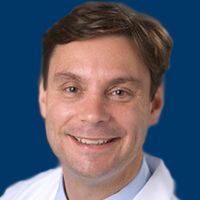