What to look forward to in the polycythemia vera space, including new clinical trials.

Ruben A. Mesa, MD: Evolving options for treating PV [polycythemia vera] are several, and I would put them in a couple of different categories. The first is long-acting interferons. My colleagues and I have been involved with the clinical trials with PEGylated interferon alfa-2a, which has been shown in randomized studies from the MPN [myeloproliferative neoplasm] Research Consortium to be at least as good as hydroxyurea for controlling thrombosis and bleeding for 1 year and having a good impact on symptoms. We speculate that longer-term use—this has been shown in other single-arm studies—may have a favorable impact in terms of disease progression. Long-term data of ropeginterferon alfa-2b 5-year data were presented at last year’s ASH [American Society of Hematology Annual Meeting] by Heinz Gisslinger and other colleagues from Europe, which showed long-term benefit in terms of control of hematocrit, in terms of impact on allele burden and events, and overall that the therapy was well tolerated. Ropeginterferon has been approved in Europe and may become an option in the United States or other areas soon.

Second, there are new drugs in the pipeline. One is for individuals that have failed hydroxyurea. There were data presented by John Mascarenhas for a trial that I was involved with for idasanutlin, an MDM2 inhibitor, showing good activity for individuals who have failed hydroxyurea, in more difficult PV. We did see some adverse effects with this therapy, but this and other MDM2 inhibitors continue to be looked at and might be an interesting option.

Finally, I should mention a new approach trying to use hepcidin mimetics, of which there is more than 1 in development. There was 1 presented by our colleagues at Mount Sinai at last year’s ASH. By utilizing a hepcidin mimetic, we create an anemia of chronic disease-type state, which creates that body’s equivalence of a phlebotomy, ratcheting down erythrocytosis but in a way that is not reliant on iron deficiency. An advantage of such an approach might be a way to be able to control erythrocytosis without requiring phlebotomy or iron deficiency. The difficulty with iron deficiency is that it can exacerbate the very symptoms that patients with P [polycythemia] vera have. It can create fatigue. It might create itching or other difficulties. I look forward to those studies being studied in greater detail and for us to have an increasing and evolving number of options for patients with PV. 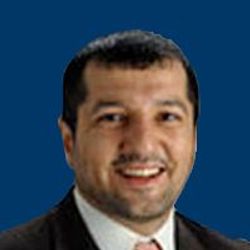 Dr. Yacoub on the Rationale For Parsaclisib After Suboptimal Response to Ruxolitinib in Myelofibrosis 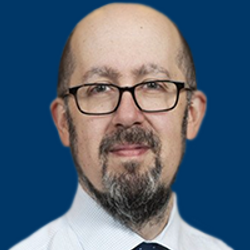