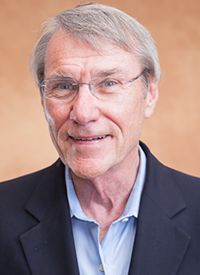 In both cases, the result continued after discontinuation said Rowan T. Chlebowski, MD, PhD, chief of the Division of Medical Oncology and Hematology at Harbor-UCLA Medical Center. He presented the data during a press briefing at the San Antonio Breast Cancer Symposium.

“The use of the drug was only for 5.6 years, but you can see that the increased [risk] is continuing for up to 20 years,” he said. “A woman takes estrogen plus progestin for 5 year and she is exposed to a 20 year increased breast cancer risk. [The risk] doesn't seem to be leveling off, so one can speculate it will be a lifetime risk for short-term use.”

These data directly contradict findings published this year by the Collaborative Group on Hormonal Factors in Breast Cancer and the Million Women Study.

The Collaborative Group conducted a retrospective analysis of 58 trials involving 108,647 postmenopausal women developed breast cancer at mean age of 65 years. Half the patients had used MHT. Mean MHT duration was 10 years in current users and 7 years in past users.

The Million Women Study included 907,162 postmenopausal women who were breast cancer-free at recruitment. Among them, about a third were current users of MHT, one-sixth were past users, and half were never-users.

Women who were on either estrogen alone or estrogen/progestin preparations at recruitment had significant excess breast cancer mortality risks (P <.0001). While there was no increased mortality found for patients who used MHT for about 5 years, those on therapy for roughly 8 years had a significant excess breast cancer mortality over the next 20 years (HR, 1.24; 95% CI, 1.12-1.38; P = .0005).3

Chlebowski said patients and physicians considering hormone therapy would have to weigh the data, but based on these findings from his group, estrogen and estrogen/progestin clearly do not have the same effect.