The European Medicines Agency’s CHMP has recommended the approval of trastuzumab deruxtecan as monotherapy for the treatment of adult patients with advanced HER2-positive gastric or gastroesophageal junction adenocarcinoma who have received a prior trastuzumab-based regimen. 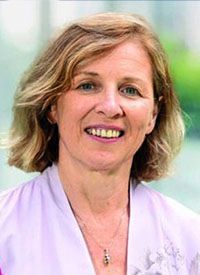 The European Medicines Agency’s Committee for Medicinal Products for Human Use (CHMP) has recommended the approval of fam-trastuzumab deruxtecan-nxki (Enhertu) as monotherapy for the treatment of adult patients with advanced HER2-positive gastric or gastroesophageal junction (GEJ) adenocarcinoma who have received a prior trastuzumab (Herceptin)-based regimen.

In both trials, the safety profiles reported in patients treated with the antibody-drug conjugate were similar to those seen in other trials of the agent, with no new safety signals reported.

“Gastric cancer is usually diagnosed in the advanced stage in many European countries and patients face high mortality rates. If approved, Enhertu would be the first HER2-directed medicine for patients with advanced gastric cancer in the European Union in more than a decade,” Susan Galbraith, executive vice president of Oncology R&D at AstraZeneca, said in a press release.

DESTINY-Gastric02 was a nonrandomized study that enrolled patients with pathologically documented gastric or GEJ cancer who had centrally confirmed HER2-positive disease defined as immunohistochemistry (IHC) 3+ or IHC 2+/in situ hybridization–positive. Patients must have had disease progression on a trastuzumab-containing regimen and an ECOG performance status of 0 or 1. Participants received trastuzumab deruxtecan at 6.4 mg/kg intravenously once every 3 weeks.

The trial was a confirmatory study initiated for Western patients following positive data from DESTINY-Gastric01, a randomized study which evaluated trastuzumab deruxtecan vs physician’s choice of chemotherapy in patients who had progressed on at least 2 prior regimens, including trastuzumab, a fluoropyrimidine- and a platinum-containing chemotherapy. The trial enrolled patients in Japan and South Korea. The results supported the FDA approval of trastuzumab deruxtecan for patients who had received a prior trastuzumab-containing regimen in January 2021.

“Enhertu is the first HER2-directed medicine to demonstrate a significant improvement in overall survival compared to chemotherapy in patients with gastric cancer following initial treatment with a HER2-directed medicine in the advanced or metastatic setting. The CHMP opinion recognizes the high unmet need in this patient population and brings us one step closer to bringing this medicine to patients with gastric cancer in Europe,” Ken Takeshita, global head of Oncology R&D at Daiichi Sankyo, Inc, said.