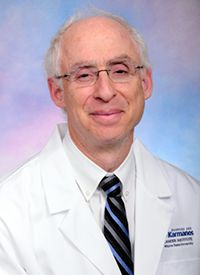 Simon said that historically practice has followed a pedigree that includes identifying at-risk families, genetic counseling and testing, Sanger sequencing, and advice on risk management. Limitations of this include the fact that Sanger sequencing does not detect copy number changes of complete exons, and that a high cost is associated with it.

“In the past, single-gene disease panels have been done such as BRCA1/2. There were a limited number of [known] diseasecausing genes,” said Simon. “Not every person with a mutation is picked up if we are just testing for a few different genes.”

On June 13, 2013, the US Supreme Court ruled 9-0 against patenting of human genes. Very soon after that, multiple laboratories began offering genetic testing for BRCA1/2 as well as for panels of other genes, said Simon. This led to next-generation sequencing (NGS), which allows researchers to process millions of genes simultaneously. NGS generates large amounts of data, which allows researchers to make genotype to phenotype correlations.About 50% of variants that predispose patients to breast cancer are known—15% of genes are BRCA1/2; 14% are known singlenucleotide polymorphisms (SNPs); 14% are other predicted SNPs; 4% are CHEK2, ATM, PALB2, BRIP1, RAD51C, RAD51D, and BARD1; and 3% are TP53, PTEN, LKB1, and CDH2. The remaining 50% are unexplained, says Simon.1

“We talk about actionable genes—where we identify a deleterious mutation whose penetrance would result in specific defined medical recommendations. If these are supported by evidence, [we] expect to improve outcomes in terms of mortality or the avoidance of significant morbidity,” Simon said. Mutations in BRCA1/2 are deleterious, and are associated with a very high risk of breast cancer. Estimates of lifetime risk of breast cancer for patients with a BRCA1 mutations spans from 50% to 80%, and from 40% to 70% for patients with BRCA2 mutations. Variation in risk is due to the collection of data from different families, Simon explained.2

Genetic Tests and Their Limitations

The variant that occurs third most often, P53, is associated with Li—Fraumeni syndrome, which is known to signify a very high risk of early onset cancer.Testing methods for these genes include multiplex panel assays and cascade testing. Additionally, there are therapeutic implications if a mutation is discovered in a patient’s breast cancer, such as treatment with PARP inhibitors that are specifically used in patients with BRCA1/2 mutations.

Some of the limitations are the variants of uncertain significance (VUS), incidental surprise results, uncertain recommendations, and inconsistent results.

“We have approximately 20,000 genes, and each gene is like a book, telling a different aspect of our body,” explained Simon. “[VUS] are changing in the gene where there is an unknown association with cancer risk. These come in different flavors, as well.”

VUS are likely pathogenic, Simon said, and if a patient comes in and has a result disclosing a VUS, the laboratory will eventually be able to reclassify the change. But outright, it is uncertain.

However, a surprise result would be the appearance of the CDH1 mutation on the panel test, he said. CDH1 is associated with hereditary gastric cancer.

“Whenever I see a family and talk about panel testing, I warn them about that possibility,” Simon said. “When women are coming in for genetic breast cancer panel testing, they aren’t thinking that they will come out of that with an increased risk of gastric cancer, which is up to 83%. There is also risk of lobular breast cancer [with CDH1].”

Uncertain recommendations would occur in a situation where a patient displays a variant that does not have evidence-based data to suggest a course of action. Inconsistent results would be categorized as an instance wherein labs report differing results, which lead to no definite course of action.

Examples of tumor genomic profiling being done in the academic setting are at both Fox Chase Cancer Center with the Target Cancer Panel, and Dana-Farber Cancer Center with OncoMap, Simon explained in his presentation. In the commercial space are the FoundationOne test from Foundation Medicine, Molecular Intelligence from Caris Life Sciences, and cBioPortal for Cancer Genomics, which is a comprehensive somatic mutation database.

Simons proposed that the big question is whether the mutations identified on tumor genomic profiling are associated with germline changes.

“The answer is ‘possibly yes’ and ‘possibly no,’” said Simon. “Many genes identified by tumor genomic profiling are also relevant to hereditary cancer. Pathogenic variants and VUS in tumors might also be germline. Tumor genome is of course derived from the germline genome—so, there may be some significance.”

The possibility of mutations not being associated with germline changes is that many tumors harbor somatic mutations in genes that are attributed to hereditary cancer. These contribute to the tumor pathogenesis and are less likely to be present in the germline, explained Simon.

There are 3 major time points at which to consider discussing hereditary risk with a patient, says Simon: when the physician is sending for tumor genetic profiling, prior to disclosure of results, or after disclosure of results. In the metastatic setting, patients may not be in the right frame of mind to talk about hereditary risk, as it usually does not have implications for them, unless BRCA1/2 is identified.

The question then becomes whether the variant identified by tumor genomic profile is associated with increased risk. Simon said that if a normal blood sample is taken at the same time, and sequencing of the blood is done, then its germline status can be identified. If the lab sequences only the tumor sample, then they might not be able to predict whether a variant is present in the germline. It is not diagnostic unless clinically confirmed by a reference lab, Simon explains.

Some counseling issues that Simon highlighted were pretest awareness of hereditary potential, the difference between tumors versus germline testing, the potential impact on the family, risk verification, and cost.

As for providers, Simon said that they should have a working knowledge of the genes on genomic profiling that are relevant to hereditary risk. They should discuss the possibility that a somatic finding may suggest hereditary risk, review procedures to evaluate germline cancer risk, discuss the importance for the family, offer consultation with a genetic counselor pre- and post testing, and allow the patient to opt out of discussion of germline risk.

“Diagnostic germline testing, which is of a blood or saliva sample, is the gold standard,” emphasized Simon.