Edward J. Pearson, MD, and colleagues, discuss the expanded role of targeted therapies in the treatment of patients with hematologic malignancies. 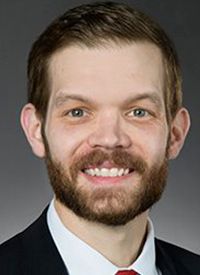 The expanded role of targeted therapies in the treatment of patients with hematologic malignancies allows clinicians to address significant unmet needs in this patient population, according to faculty from an OncLive® Institutional Perspectives in Cancer (IPC) webinar on leukemia/lymphoma. Although these agents show great promise in increasing the likelihood of survival for patients with poor prognosis, some combination regimens require further steps to reduce toxicities and maximize their potential in clinical practice.

Pearson was joined by his colleagues:

Below, Christensen, Pearson, and McCain summarize the main messages from their presentations.

Christensen: Most of our patients with AML are older patients, and what we were doing in the past, that is induction chemotherapy with 7+3 and its derivatives, was not working for [them]. Although adults over 65 years of age account for about 60% of AML [cases], they account for more than 75% of AML-related deaths. That doesn’t surprise us because our therapies for these patients [were] limited in the past.

There was [great] need for a therapy that can give these patients good outcomes while minimizing treatment-related mortality. Lots of studies demonstrated that treatment-related mortality is quite high in patients over 60 [receiving] traditional 7+3. As we get older and add comorbid conditions, we [see] worsening performance status. [Accordingly,] we didn’t offer [the 7+3 regimen] to [these] patients.

Now we have better choices. In the past couple of years, therapeutic options for patients [with] AML have remarkably improved.

Pearson: Over the past several years, there have been a number of developments in [the treatment of patients with] DLBCL. There are currently three chimeric antigen receptor [CAR] T-cell [therapies] on the market: tisagenlecleucel [Kymriah; tisa-cel], axicabtagene ciloleucel [Yescarta; axi-cel] and lisocabtagene maraleucel [Breyanzi; liso-cel]. In addition to CAR-T cell therapies, there’s been a number of ADCs on the market that a lot of us are very excited about.

[Data from] the ZUMA-7 trial [NCT03391466] [of axi-cel support] CAR T-cell therapy as the new standard of care for refractory disease, and for patients who relapse within 12 months of completing therapy. [In fact,] I’ve started doing PET scans around the 11-month mark so I can [identify] anyone who’s had [an] early relapse and meets the FDA indications for this therapy. [Meanwhile,] the LOTIS-2 trial [NCT03589469] [showed that loncastuximab tesirine-lpyl (Zynlonta)] was relatively well-tolerated and [produced] rapid and durable [responses] in a heavily pretreated population. These included patients with prior stem cell transplants and prior CAR T-cell therapy.

[Ultimately, there are] lots of studies on agents [in DLBCL], but few direct comparisons. Based on the data that we have, I would strongly recommend a CAR T-cell evaluation for patients with primary refractory DLBCL and early relapse. Choosing [between] these newer agents comes down to patient-specific factors, especially for later relapses. There’s not necessarily a wrong answer as long as you talk to and work with the patient.

Pearson: The COMFORT-1 trial [NCT00952289] [showed that] ruxolitinib [Jakafi] was more effective than placebo at [improving] survival, symptom burden, and spleen shrinkage. [It also] showed good durability of responses. Even if you’re taking [an] uncharitable review of this data, [ruxolitinib] was [much] better than placebo. There was more thrombocytopenia and bleeding risk in the ruxolitinib group, [but this] rarely recurred after dose modification.

[Similarly], patients [in the COMFORT-2 trial (NCT00934544)] had rapid and durable [clinical] benefit from ruxolitinib. They had spleen volume reduction [SVR], symptom relief, and improvement in quality of life. OS benefits were seen, with a median [OS] that was not reached [with ruxolitinib] versus 4.1 years [with placebo]. The investigators [also] saw maintenance or even improvement in the level of bone marrow fibrosis in the ruxolitinib arm. [These are] very impressive results.

Ruxolitinib led the way [in myelofibrosis treatment], but a few next-generation drugs have [recently] come out, including pacritinib [Vonjo]. In the PERSIST-1 trial [NCT01773187], [Pacritinib] did significantly improve the rate of SVR. [Researchers] saw preserved efficacy in patients with thrombocytopenia, significant and durable improvement in symptoms, [despite] a greater incidence of bleeding and cardiac events in the pacritinib group. [There are] a few caveats to those findings. There was longer exposure to pacritinib than best available therapy. The longer you’re on a medication, the more likely you are to have some adverse effect. [Additionally,] there were an increased number of patients in the pacritinib group with risk factors for bleeding and cardiac events. Sometimes the randomization doesn’t do you a favor and puts more patients with particular risk factors in one group.

[In the PERSIST-2 trial (NCT02055781), pacritinib] had good efficacy in patients [with cytopenic myelofibrosis], especially in the 200 milligram PO BID [by mouth, twice per day] group. [These results are] a high point for a study that included ruxolitinib [as] the best available therapy. [Pacritinib] even showed good efficacy in patients with significant thrombocytopenia, despite the clinical hold that impaired analysis.

McCain: Ruxolitinib is associated with a longer duration of response and failure-free survival than [our other agents]. With the exception of ruxolitinib, no new drugs have been approved as first-line or second-line treatment for acute GVHD in the past 30 years. Trials evaluating anti-CD147 antibodies or anti-CD25 antibodies have not shown a significant benefit as compared with the standard of care.

[Lastly,] studies have shown [that] adding antithymocyte globulin to methylprednisolone did not improve outcomes [in this patient population]. Results with other combination regimens have [unfortunately] not been promising.