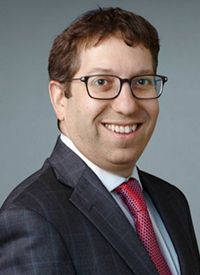 Although new agents have demonstrated benefit in the treatment of patients with advanced pancreatic neoplasms, outcomes remain poor, said Paul E. Oberstein, MD. In the United States, about 50% of patients with metastatic pancreatic adenocarcinoma will die within 2 months of diagnosis. Additionally, 50% of elderly patients never receive any therapy.

With investigative therapies in the pipeline, questions remain about how to incorporate and sequence these newer agents in this treatment paradigm.

"We desperately need to figure out how to bring new agents to the clinic and how to use them rationally," said Oberstein. "We need to do better."

More data are needed, Oberstein explained. There is limited information to guide treatment decisions for patients with locally advanced disease, and there are no large controlled studies looking at neoadjuvant regimens, he added.

"These are 3 positive studies that have changed practice," said Oberstein. "[These therapies] are being used now widely in the clinic and have a very positive impact on our patients’ outcomes for advanced pancreatic cancer."

Addressing the fact that there are a limited amount of data, Oberstein said that it is not for a lack of trying.

"There have been tremendous efforts to find better therapies for advanced pancreatic cancers, but there are reasons they have failed, be it luck or design," explained Oberstein. "Learning those lessons will help us do better."

Efforts currently are being directed toward finding treatments for patients with locally advanced disease. The answer to this unmet need lies in comparative trials, Oberstein suggested.

For example, the ongoing S1505 trial is evaluating perioperative therapy in resectable patients with pancreatic adenocarcinoma (NCT02562716). Specifically, the study is comparing perioperative mFOLFIRINOX with gemcitabine/nab-paclitaxel in patients with resectable pancreatic adenocarcinoma. Oberstein said that it is both addressing an important question and utilizing standard agents, but it is not directly comparing the 2 regimens. Therefore, it may not yield conclusive data.

Regarding novel agents, pegvorhyaluronidase alfa (PEGPH20) has garnered a lot of discussion in this disease, as it is sensitive in patients with hyaluronan acid (HA) expression. HA is overexpressed in pancreatic ductal adenocarcinoma compared with adjacent pancreas and can be depleted with a recombinant hyaluronidase.

"We know that there is something that is important in the stroma and microenvironment around pancreatic tumors called hyaluronan, which is associated with increased interstitial pressure," explained Oberstein.

By targeting the tumor stroma, investigators believe that agents such as PEGPH20 could improve the delivery of chemotherapy. PEGPH20 has already been shown to degrade HA, reforming the tumor microenvironment. Patients who are high expressers of HA are now being selected for the ongoing phase III HALO-109-301 study, which is evaluating PEGPH20 in combination with nab-paclitaxel plus gemcitabine versus placebo plus nab-paclitaxel and gemcitabine in those with HA-high stage IV previously untreated pancreatic ductal adenocarcinoma (NCT02715804).Pancreatic neuroendocrine tumors (pNETs) account for about 1% to 3% of pancreatic tumors, but they have relatively favorable outcomes—even in the setting of incurable disease, said Oberstein.

Although these lesions often have a more favorable outcome than ductal tumors, they are progressive and can lead to symptom burden and mortality. Currently, local therapies and long-acting somatostatin receptor analogues are used initially to control disease, in addition to resection.

The phase III CLARINET study showed a marked benefit in PFS when patients were treated with lanreotide (Somatuline Depot Injection) versus placebo in patients with metastatic enteropancreatic NETs.4 This was in a stable patient population and included NETs from multiple sources.

Most recently, the phase III NETTER-1 study showed a benefit in both PFS and OS with the agent Lutathera (lutetium Lu 177 dotatate).5 This trial compared Lutathera with high-dose octreotide LAR for patients with grade 1/2 metastatic midgut NETs, which showed that there was a 79% reduction in the risk of progression or death with Lutathera compared with octreotide. Results from this trial led to the FDA approval of Lutathera for the treatment of patients with somatostatin receptor—positive gastroenteropancreatic NETs, which included pNETs.

"What we don't know is: which of these 3 paradigms should go first, second, or third? These are the questions we are trying to answer today in the clinic," said Oberstein." In our practice, we are a part of an initiative to do better trials. We are constantly pushing people to design trials, and we are designing them ourselves."

The take-home message on the treatment of patients with pancreatic cancer and pancreatic NETs is the need for larger and better clinical trials that could answer multiple questions, Oberstein said. Additionally, different stages of pancreatic cancer must be treated independently with good staging; data need to be used to push harder to guide future decisions, and backbones need to be considered when using novel agents, as they are not interchangeable, he added.

"Novel agents can only be validated in controlled, comparative trials and we desperately need more of these," concluded Oberstein.