Michael Savin, MD, discusses the emergence of biosimilars in oncology, and why there are still obstacles with incorporating them into clinical practice. 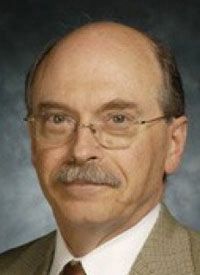 The path of biosimilars in oncology has been challenging, explained Michael Savin, MD, adding that although clinical trials for these agents are extensive and expensive to run, it will lead to more cost-effective measures in the field going forward.

The development of a biosimilar requires studies that demonstrate its equivalence to a standard systemic agent, said Savin. Several biosimilars for trastuzumab (Herceptin) are under FDA investigation, and one was approved by the FDA in December 2017.

The trastuzumab biosimilar MYL-1401O (Ogivri; trastuzumab-dkst) was approved in indications for HER2-positive patients with breast cancer or metastatic gastric or gastroesophageal junction adenocarcinoma, which are the same indications as trastuzumab.

Savin, who is the clinical medical director of Knight Cancer Institute, Oregon Health and Science University (OHSU), was part of the community-based practice that introduced the first biosimilar trial in the United States. That study, which involved a biosimilar for colon cancer, was unsuccessful in accruing patients, which Savin attributed to skepticism in the actual similarity of the agents.

Now, he said, people are more willing to investigate biosimilars; however, there are still challenges in bringing this concept to the forefront.

OncLive: What are your thoughts on the wave of biosimilars?

In an interview with OncLive®, Savin discussed the emergence of biosimilars in oncology, and why there are still obstacles with incorporating them into clinical practice.Savin: It is an interesting field. It's been hard to get practicing oncologists engaged with it over the years, but that's changing now. We are getting to be more experienced with biosimilars; there has also been so much progress in seeing “me too” kind of drugs that actually are highly effective. Therefore, we are becoming more and more comfortable with the concept of a biosimilar—not just molecularly similar, but a biosimilar agent that targets pathways.

Can you highlight the early research with biosimilars that you were a part of?

Part of the problem was that a few years ago when we were doing this, we didn't understand these pathways at all. We knew there were hormone receptors and we had a notion of how they drove the cells, but we didn’t have it at the level that we do now.That particular agent was a colon cancer biosimilar, and it turned out that it was made by the manufacturers who actually made the brand of drug used in this country, but we couldn’t get it going. Boehringer Ingelheim was the manufacturer. The drug was a receptor-blocking agent and we got this study going, but we didn’t accrue to it very well.

Now that we are gaining more knowledge and experience with biosimilars, is the research driven by the desire to bring down those costs?

There are several trastuzumab biosimilars in development. If they all get approved, do you sort of have to pick the best version?

The Europeans are way ahead of us on this; they have been using biosimilars for a long time. They are more cost-driven than we are, and in a way that helps. Twenty or 30 years ago, tamoxifen was a very expensive drug, and a very expensive drug then was defined as $200 or $300 a month. Now, we prescribe drugs that are thousands of dollars or tens of thousands of dollars a month, and we’re bankrupting ourselves in the process. We are accomplishing wonderful things, but at enormous costs. We have to be cognizant of those costs and try to figure out how to reign them in. Biosimilars may be one of the tools. We are looking at trying to get more and more agents. We kind of jokingly talk about “me too” drugs and say, “Well this company has come out with something that kind of does the same thing.” On the other hand, you can look at this and say, ultimately, this may be a cost-control measure, even if it doesn’t start out that way.It’s a tough question, and that is where a lot of the resistance comes from: how you see the data. What you worry about is not that it’ll hit the correct target or that kind of thing, what you worry about is that the dynamics or interactions with that target may be different. You know the degree to which it binds to the target and how easily it can come off of the target. However, will it work better than the agent we already have that does work?

Do you foresee there being biosimilar combination trials?

Actually, you mentioned trastuzumab. One of the reasons we have pertuzumab (Perjeta) is that [both of these agents] target the HER2 molecule, but they target it at different places. There is a reason that those 2 together have added a whole new dimension, because it gives you a new way of taking away the ability of the molecule to hide.Probably, although it’s hard to tell because things are in such flux right now. The hardest thing for us as clinical investigators is trying to develop trials. We get a lot of ideas about things we want to do, but trials are very expensive to run. One of the things we need to do is find a better way to fund trials. In the old days, a lot of funding came from federal sources like the National Institutes of Health and National Cancer Institute that allowed you to get around issues of market forces and manufacturers.

Now, the reality is that most trials are supported by manufacturers, which is a good thing. They have made wonderful contributions; most of these things that we’re talking about today are things that have come with that kind of support rather than federal support. On the other hand, it’s taken away some of our ability to negotiate some of these things, and trials have become so expensive to run that OHSU or smaller cancer centers are limited in what we could do just because of the cost. 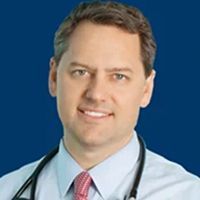