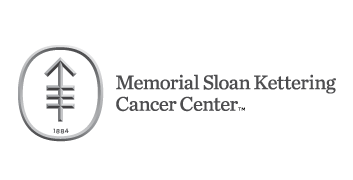 OncLive®: Could you first provide an overview on some of the latest updates in metastatic renal cell carcinoma (RCC) regarding VEGF tyrosine kinase inhibitors (TKIs)]?

Motzer: VEGF TKIs were initially developed between 15 and 20 years ago, and over the course of the following 10 years, there were a number that were studied and approved and made up the backbone of our treatment for metastatic RCC. They included sunitinib, pazopanib, axitinib, and sorafenib. For the most part, treatment for patients was based on initially starting with 1 TKI and then, if there was progression of disease, switching to another. Over of time, patients benefited from the use of multiple TKIs given in sequence. More recently, there have been a number of second- and third-generation TKIs, and 2 of them have been approved, cabozantinib and lenvatinib. Cabozantinib was compared with everolimus, primarily in second-line therapy, and lenvatinib was combined with everolimus and compared with everolimus in second-line therapy. Now these newer TKIs also seem to have a good activity and are commonly being used.

Vaishampayan: Recently there have been updates in terms of VEGF TKIs in advanced RCC. One of the important updates is the preliminary press release on the 9ER trial [NCT03141177], which has a cabozantinib and nivolumab combination in the frontline setting. The actual results of the study have not yet been presented, and based on the extent of the benefit, we will have to consider this as a potential frontline regimen.

The other [results that were] recently published were from the TIVO-3 study, which compared tivozanib, a novel VEGFR TKI that inhibits VEGF 1, 2, and 3 receptors, and sorafenib, which is an established agent in advanced RCC [NCT02627963]. This was a randomized comparison, and for the first time, we have an experience that was published on post–VEGF TKIs and immunotherapy: What is the experience, and what kind of efficacy can we expect? Because a considerable number of the patients had prior immunotherapy as well as VEGF TKIs, the eligibility of the study included, only at a minimum, 1 prior VEGF TKI therapy, but because of current treatment patterns, a lot of them had both immunotherapy and VEGF TKI. In that study, the primary end point was progression-free survival [PFS], and tivozanib showed a statistically significant benefit compared with sorafenib, with the median PFS of 5.6 months compared with sorafenib at 3.9 months (P = .016). There was a benefit seen for a pure VEGF TKI in the third-line setting for the most part in advanced RCC.

How is tivozanib currently being used in the RCC landscape, and what is its role in the later-line setting?

Motzer: Tivozanib is a highly potent selective VEGFR inhibitor that was initially brought into clinical trials [and] compared with sorafenib in the large phase 3 TIVO-1 trial [NCT01030783]. The TIVO-1 trial reached its primary end point by showing improvement in PFS, but there lacked an overall survival benefit. Because of the way the trial was planned, the survival favored sorafenib over tivozanib, mostly because many patients on the sorafenib arm received additional TKIs after progression and not in the tivozanib arm. In the United States, tivozanib has remained an investigational agent in the first-line setting but has been approved in Europe in select circumstances.

Vaishampayan: At present, tivozanib is not FDA approved in the United States. It does have [European Commission] approval in Europe, and 1 of their treatment options is to use it as a single-agent VEGF TKI in advanced RCC. In the United States, in the third-line setting, given the results of the TIVO-3 study, this agent could be a reasonable option to consider for patients post both VEGF TKI and immuno-based therapies. [It is] also a treatment that seems to prolong PFS, is relatively well tolerated, and may give patients that additional efficacy benefit in the pretreated setting.

The 2020 [American Society of Clinical Oncology] meeting presented updated overall survival results on the phase 3 TIVO-3 trial, which compared tivozanib and sorafenib in metastatic RCC. Could you provide an overview of that trial as well as its presented findings?

Motzer: One of the burning questions we had following the TIVO-1 trial was around the survival benefit—the lack of survival benefit seen in the TIVO-1 trial—and that there was a trend toward a survival improvement with sorafenib. This was due to the subsequent therapy that was received in the sorafenib arm. TIVO-3 investigated tivozanib compared with sorafenib again only in a heavily pretreated population. In the trial design for TIVO-3, which is tivozanib versus sorafenib and has now become more commonly used in a later line of therapy, there wasn’t this crossover built into the trial. In that study, which is really the first phase 3 trial that I’m aware of that looked at RCC-specific agents in heavily pretreated patients, tivozanib had a longer PFS compared with sorafenib and a better safety profile, and the survival between the 2 arms was very similar.

Vaishampayan: In terms of efficacy, tivozanib has shown superior efficacy in PFS. However, in the overall survival setting, there was not a statistically significant benefit that favored 1 agent over the other. The toxicity profiles of both agents and the mechanism of action have to be considered. Sorafenib has RAF kinase inhibitor activity as well as VEGF TKI activity, whereas tivozanib is a preferential VEGF TKI inhibitor with selective activity against VEGF TKI. The toxicity profile seems to reflect those with higher risk of hand-foot syndrome and skin rashes with sorafenib compared with tivozanib. The risk of hypertension and other toxicities that are VEGF related seems to be comparable between both agents.

In June 2020, the FDA accepted a new drug application for tivozanib for the treatment of patients with relapsed/refractory RCC. How do you believe that its approval will affect the treatment paradigm?

Motzer: There have been a number of highly effective therapies that have come in and have led to a new paradigm in first- and second-line therapy for RCC. They include the use of PD-1 inhibitors, or IO [immuno-oncology] therapy, but there’s an unmet need to identify treatments for late-line therapy, where safety profile is very important because in patients who have had prior therapy, some of the toxicities are cumulative. Utilizing agents with minimal toxicity and late-line therapies is particularly important, and that’s where tivozanib fits into our paradigm well. Two roles for tivozanib would be in late-line therapy based on its excellent safety profile or to combine it with immunotherapies and look at earlier lines of therapy.

Vaishampayan: I think the FDA approval of tivozanib will give physicians another option in the VEGF TKI setting to be used post an initial VEGF TKI therapy in advanced kidney cancer. The tolerability of the patients is going to be critical in that setting but especially with bulky disease and pretreated prior toxicities of prior treatments. Balancing the risk-benefit ratio in this patient population and factoring in the toxicity and how it would affect patients’ quality of life will be worthy of consideration as you weigh the treatment option with tivozanib, but it definitely expands the treatment options for the pretreated patients in advanced RCC.

Can you speak a little more about the utility of tivozanib when patients progress on immunotherapy?

Motzer: Tivozanib has been shown to prolong PFS compared with sorafenib in the TIVO-3 trial, and many of those patients had prior immunotherapy. There are very few data for drugs in RCC and patients who have progressed on prior IO therapy, and that’s another area where we’ve established evidence with tivozanib in that setting.

Vaishampayan: Tivozanib has mainly been evaluated in the phase 3 or randomized setting only as a single agent. The combination therapy and results reported from combinations of tivozanib with nivolumab show some promising response rates. However, as of now, this cannot be considered as something…for clinical management outside a clinical trial.

What other emerging approaches are coming down the pipeline in this space that you’re excited about?

Motzer: There’s another new class of drugs: the HIF-PH [hypoxia-inducible factor prolyl hydroxylase] inhibitors, which also target the same axis as the TKIs around angiogenesis, but they attack it at a different place right at the HIF molecule. I’m particularly excited about these drugs in terms of novel drugs being studied in RCC and, hopefully, benefiting patients.

Vaishampayan: There is a combination of lenvatinib and pembrolizumab in the frontline setting. That phase 3 trial comparing that combination to sunitinib has been completed, but the results are not yet reported. Besides that, novel TKIs that are in development are still at the early-stage, phase 1 type of levels, so not much preliminary efficacy is available on those agents.

Where do you believe future research efforts should focus?

Motzer: Most of our drugs for RCC are based on 3 different mechanisms of action: VEGF-targeted drugs, mTOR inhibitors, which are not commonly used these days, or immunotherapy. I think it’s very important to do studies of underlying biology to identify novel targets so that we can develop novel agents outside the mechanism of actions already utilized.

Vaishampayan: I think future research efforts have to focus on the patients who are not responding to any of the existing therapies. There is at least a third of our patients who do not benefit or are very rapidly progressing on the existing 2 main mechanisms of action, both the VEGF TKIs and the immune checkpoint inhibition options. Further development of immunotherapy combinations is required, especially for the immune-refractory patient population, but that patient population has a huge unmet need as of now. We are not curing everybody and maybe making a long-term impact on about 10% to 20% of our patients with advanced kidney cancer.

Do you want to highlight anything else or provide a general take-home message from the RCC workshop?

Motzer: I think that tivozanib is a very well-tolerated TKI with a high level of activity. It initially was not approved in RCC, which was probably a result of trial design. I think that those developing tivozanib should be praised for their persistence—both the investigators and the sponsor—in moving this drug into additional clinical trials and, hopefully, receiving regulatory approval in the United States so that we can begin to provide it as an option for our patients.

Vaishampayan: There are some novel cytokines and novel targets that are being studied in advanced kidney cancer. One example would be an agent called ALKS 4230, which I studied in a phase 1 trial with expansion cohorts [and] is a novel form of IL-2 with a much better tolerability profile that may show efficacy down the road as we explore more in the phase 2 setting in kidney cancer. The other agent to watch is CB-839, which is in combination with cabozantinib. The study is a randomized trial and completed, and [we are waiting to see from] the results whether that enhances our current VEGF TKI activity. NKTR-214 is another cytokine-based regimen that is also now in a randomized clinical trial. That is another one to watch in combination with nivolumab for efficacy considerations in the advanced setting.

There are novel targets that are being identified, for instance, the STING [stimulator of interferon genes] pathway, which is in very early-stage clinical trials now. Then further advanced is the HIF2 inhibitors, which are exceedingly interesting and are already in phase 3 trials that are ongoing in comparison with everolimus. 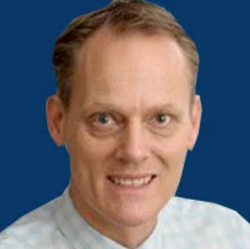