Robert L. Ferris, MD, PhD, discusses the findings of the CheckMate-141 study, potential biomarkers for nivolumab (Opdivo), and questions that remain regarding the use of the immunotherapy in squamous cell carcinoma of the head and neck.

Nivolumab (Opdivo) is a game-changing agent for the treatment of patients with squamous cell carcinoma of the head and neck (SCCHN), according to Robert L. Ferris, MD, PhD.

“Recent findings have shown us that this agent is really the new standard-of-care option for all platinum-refractory patients with head and neck cancer,” says Ferris, vice chair for Clinical Operations, associate director for Translational Research, and co-leader of the Cancer Immunology Program at the University of Pittsburgh Cancer Institute. “This is regardless of whether patients are PD-L1—positive or negative or whether they are HPV-positive or negative.”

The PD-L1 inhibitor received a priority review designation by the FDA in July 2016 based on the CheckMate-141 study, which demonstrated a median overall survival (OS) with nivolumab of 7.5 months compared with 5.1 months with investigator's choice of therapy (HR, 0.70; 95% CI, 0.51-0.96; P = .0101) in patients with recurrent or metastatic SCCHN.

The objective response rate (ORR) was 13.3% with nivolumab and 5.8% for investigator's choice. The FDA is scheduled to make a decision on the application for the PD-1 inhibitor by November 11, 2016, as part of the Prescription Drug User Fee Act.

OncLive: What were the updated findings from CheckMate-141 presented at ASCO?

At ASCO, we recapped the primary endpoint of OS as an important endpoint for immunotherapies because response rate and progression-free survival may not be as accurate. Ultimately, the FDA and people at large want OS. In this study, OS was 36% at 1 year in the nivolumab-treated arm and 16.6% in the comparator arm, which was investigator’s choice of single-agent chemotherapy, consisting of methotrexate, docetaxel, or cetuximab. In this phase III randomized trial, nivolumab was given in a 2:1 randomization: 240 patients received nivolumab and 120 received investigator’s choice.

Also at ASCO, we presented further evaluations consisting of what the regimens are in the comparator arm. There was about 20% each of docetaxel and methotrexate and 12% of cetuximab. Approximately 60% of the patients had prior cetuximab exposure and we stratified by cetuximab as a prior therapy. We also demonstrated the ORR, which was 13.3% in the nivolumab-treated arm versus 5.8% in the investigator’s choice arm.

Your analysis also looked at biomarkers. Can you discuss these findings and their significance?

Therefore, there was an improvement in overall response, but the difference seemed more modest than the OS benefit—which was a doubling&mdash;with 20% more patients alive at 1 year. This reinforces the concept that perhaps response rate may not be the best endpoint. Progression-free survival (PFS) was double at 6 months, with about 20% in the nivolumab arm versus about 9.9% in the investigator’s choice arm. The median PFS was not different, but the 6-month PFS was twice as high. The time to response was about 2 months in each arm at the first assessment.The p16 or HPV-positive group had a better hazard ratio for OS than the overall study population. The hazard ratio was .73 for the overall population, using a preplanned interim analysis. With the HPV-positive group, we had a hazard ratio of .55 and the HPV-negative group had a hazard ratio of .99. It is still favoring the nivolumab-treated patients but, with the curves separated earlier in the HPV-positive group, one could see the improvement with nivolumab at about 1 to 2 months. It took 7 or 8 months with the HPV-negative group to show a separation of the curves in favor of nivolumab.

We looked at PD-L1 levels, and PD-L1—using a 1% or above level&mdash;had an improvement in the PD-L1—positive patients in favor of nivolumab in terms of OS and ORR. When we looked at 5% and 10% thresholds of PD-L1, the OS did not seem to improve. Therefore, in all levels above 1%, the OS was similarly beneficial over the PD-L1 less-than-1% group. However, essentially all levels of PD-L1–positivity and PD-L1–negativity still favored nivolumab, but the benefit was more when its levels were greater than 1%.

With regard to these findings, what are you most excited about?

We could combine HPV status with PD-L1 status and look at subsets; however, essentially every subset benefited, whether it was PD-L1—negative or positive. This indicates that, in this group of patients, who progress within 6 months of platinum-based therapy, that no current systemic therapeutic options benefit patients as well as nivolumab.Head and neck cancer is a difficult disease. Until recently, we didn’t know the impact of this enrichment for HPV-positive virus-induced subsets and we didn’t know if this was an immune responsive cancer. Clearly, it is. We have all of the hallmarks that we have seen for a bright future—based on the melanoma data&mdash;and a series of other cancers indicating response rates in the 15% to 20% range, suggesting that we now have a platform of the PD-1 pathway to combine with other checkpoints and to integrate earlier in disease with radiation and chemotherapy.

What are some questions that you still hope to answer regarding nivolumab in head and neck cancer?

We have a demonstration of head and neck cancer as an immune-responsive cancer. We are beginning to get an idea of the biomarkers and starting to be able to segment patients who will benefit. Now, we have a large comparative trial with an OS endpoint and tissue to look at biomarkers to try and understand what the best future combinations will be.We have to get down deeper into the nonresponders. We should acknowledge that the majority of patients neither had a response nor benefited. Understanding who is more likely to benefit is useful, but we also need to understand the levels of alternative checkpoint receptors or other biomarkers of resistance.

We have sequential lymphocyte specimens from the peripheral blood, tissues, and serum so those are intensively under evaluation. There are interferon gamma signatures that have risen from the melanoma checkpoint field that will certainty be applied, as well. 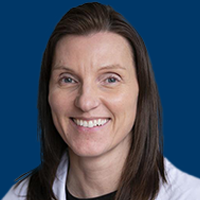