With research showing potential for PARP inhibitors for patients with prostate cancer with homologous recombination repair gene alterations, there needs to be wider implementation of genetic testing to determine who will best respond to this therapy, explained Sam S. Chang, MD.

“We have a better idea of the genetic profile of prostate cancer. Why is that important? Surgeons as a whole have avoided any genetic testing and any molecular classification of prostate cancer because it’s a higher Gleason score,” said Chang. “Five years ago, a urologist would have never thought about who is BRCA1/2-positive because that wasn't in our vocabulary. Truth be told, for most urologists, [molecular classification] is not even considered.”

In findings from the phase III PROfound trial, for example, the median radiographic progression-free survival by blinded independent review for patients with heavily pretreated metastatic castration-resistant prostate cancer (mCRPC) with BRCA1/2 or ATM alterations was 7.39 months with the PARP inhibitor olaparib (Lynparza) versus 3.55 months for those treated with abiraterone (Zytiga) or enzalutamide (Xtandi; HR, 0.34; 95% CI, 0.25-0.47; P <.0001).

Beyond genetic testing, other advances have moved through the paradigm, including FDA approvals in nonmetastatic CRPC and novel surgical techniques that could further transform clinical practice.

In an interview during the 2019 OncLive® State of the Science Summit™ on Genitourinary Cancers, Chang, the Patricia and Rodes Hart Endowed chair of Urologic Surgery, and professor in the Department of Urology at Vanderbilt University Medical Center, discussed the utility of genetic testing in prostate cancer and pivotal research efforts.

OncLive: What does the prostate cancer field currently look like?

Chang: With prostate cancer, we're looking at moving all of these new advanced treatments that we have [been used in] mCRPC earlier in the treatment paradigm to nonmetastatic castration-resistant disease.

To me, the most exciting part, as a urologic surgeon, is looking at options for neoadjuvant therapy as well as adjuvant treatment. We don't yet have data on that, but as we see disease being treated at earlier stages, we have some [treatments that] are very exciting for us to actually utilize [in the nonmetastatic setting]. Unfortunately, despite all of our advances, we don't have a cure yet. The ability to prolong life and maintain quality of life (QoL) are very exciting.

How is genetic testing currently implemented in prostate cancer?

Now, we understand that a small subset [of patients] have characteristics that could help us successfully treat them with PARP inhibitors. We know most prostate cancers are going to respond to PARP inhibitors. Understanding that a small subset [of patients], where we didn't have successful therapies before, could get benefit [from these agents] is very exciting. It will behoove urologic surgeons to have a better idea of what's going on in terms of systemic therapies that can be considered. We would have never even thought about PARP inhibitors.

What other genes, besides BRCA, are being explored in prostate cancer?

Nobody really knows yet. We have these genetic changes but a lot of them are not yet actionable; that is the disconnect. We're going to have a better idea of which genes may not be predominant but [are found] in a subset of patients that seem to play a role. If we have therapies that can correspond to success, that will be exciting.

What advice do you have for making genetic testing more widespread in practice?

Education is the first thing. Then, we must understand the different types of commercial genetic tests that are available to do simple germline testing for these patients. There are a variety of tests currently available. You start off with, "Which test do I order? How do I order the test? Once the results come back, what do I do with them?" It's a big educational barrier that we will have to overcome.

[Germline testing] continues to evolve and need updates. We need to understand that we must consider [genetic testing]. [Genetic testing] showed up in the National Comprehensive Cancer Network guidelines, and it will show up in upcoming American Urological Association guidelines regarding advanced prostate cancer. In high-risk, localized disease, we need to have a better understanding that genetic testing should be considered.

Are there any updates in the nonmetastatic prostate cancer space?

From a surgical standpoint, we are learning. We struggle with adjuvant versus salvage radiation therapy for patients with high-risk disease. Early data suggest that early salvage therapy is better than late salvage therapy. We have known that salvage therapy given too late is worse than adjuvant therapy.

As we see more results with both adjutant and salvage trials, we have learned that these treatments come with a complication risk. Doing a better job of predicting who is going to recur will be important with genetic testing. Additionally, we need to understand when to initiate salvage therapy and whether adjuvant treatment is better than salvage therapy. We're starting to get more knowledge to answer those questions and combine radiation therapy with systemic therapy.

Everyone feels comfortable that a combination of therapies, including surgery, radiation, and systemic therapy would be most beneficial in these high-risk patients. We will get a better understanding as time goes, [especially] as we start looking at the oligometastatic population.

The emphasis for all academicians has been on clinical trials that are looking at combining not only localized therapy for oligometastatic disease, but treating the oligometastatic sites after local treatment. We're learning more and more right now. I hope we don't go too far to being overly aggressive. At the same time, we need to give opportunities to those patients to actually make a benefit, best served by clinical trials.

How would you describe the evolution of surgical techniques in prostate cancer?

For years, we talked about robotic versus open [surgery]; that ship has sailed. There are discussions regarding single-port prostatectomy, among other techniques. The real question is whether we should focus on focal therapy versus continued whole-gland treatment. Are the less-invasive focal therapies appropriate? Are they necessary? Are they effective? Those 3 questions are the key because if someone doesn't need therapy and I give them therapy, they're going to do great from an oncological standpoint. If you don't do much, they're going to do great from an adverse event (AE) standpoint.

Surgical radical prostatectomy does not have a lot of changing techniques. There are subtle changes, such as using a single port. There is also a move toward retzius-sparing surgery, where the approach is done differently in an attempt to improve continence rates. Those who have adopted this technique have impressive results regarding early urinary control and early continence. [This technique] gives positive thought in terms of whether we should be adopting these therapies. Some of those subtle changes will improve QoL. Will they change the success of the surgery? If you define successes as cancer control and maintaining QoL, then yes, because they are important.

State of the Science Summit on Genitourinary CancersProstate Cancer 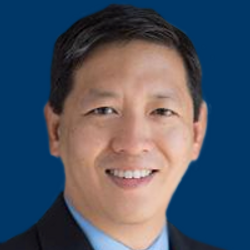 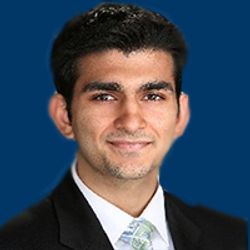