Gregory A. Otterson, MD, discusses the utility of immunotherapy in squamous non–small cell lung cancer and targeted the evolution of targeted therapy in biomarker-driven disease. 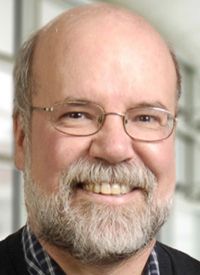 With the influx of approved immunotherapy and targeted therapy agents available for patients with non—small cell lung cancer (NSCLC), understanding when to utilize one treatment regimen over the other is a key component of optimal care, said Gregory A. Otterson, MD.

"In terms of using immunotherapy alone or chemoimmunotherapy for patients with nonsquamous NSCLC who have not received molecular testing, it is best to hold of treating them with immunotherapy, except in rare circumstances," said Otterson. "Those patients may not respond well, and there is increased toxicity. If you treat a patient with immunotherapy and later finding out they have an EGFR mutation for which they would benefit from osimertinib (Tagrisso), [you are risking unnecessary toxicity]. Don't start immunotherapy until you know that the patient is negative."

Conversely, immunotherapy has been widely utilized as upfront therapy in squamous NSCLC, an area in which targeted therapy has seen little development, explained Otterson.

In an interview during the 2020 OncLive® State of the Science Summit™ on Lung Cancer, Otterson, a thoracic oncologist, professor of internal medicine, associate division director for Education in the Division of Medical Oncology, associate program director of the Hematology/Oncology Fellowship Program, and clinical director of the Thoracic Oncology Disease Specific Research Group at The Ohio State University Comprehensive Cancer Center (OSUCCC)—James, discussed the utility of immunotherapy in squamous NSCLC and targeted the evolution of targeted therapy in biomarker-driven disease.

OncLive: What are the latest updates with immunotherapy in NSCLC?

Otterson: We naturally distinguish between squamous and nonsquamous lung cancer. We know that in nonsquamous histology, there are a lot of driver mutations, such as EGFR, ALK, and ROS1. Those are uncommon in the squamous NSCLC population.

Basically, none of them worked. That study then segued into an all-comers post-immunotherapy study. Overall, targeted therapy hasn't been very effective in squamous cancers.

However, immunotherapy has been. Prior to 2016, we were using mainly chemotherapy. Then in 2016, we saw the findings from the KEYNOTE-024 trial, which demonstrated pembrolizumab (Keytruda) was superior to chemotherapy in patients who had PD-L1 expression greater than 50%. The study was not restricted to any 1 histology, but there was a subgroup of patients with squamous NSCLC. Regardless of squamous or nonsquamous histology, patients benefitted more from pembrolizumab compared with chemotherapy.

Could you discuss the CheckMate-063 trial in squamous NSCLC?

The take-home message of the CheckMate-063 study that nivolumab (Opdivo) plus ipilimumab (Yervoy) showed a benefit compared with chemotherapy, [regardless of PD-L1 expression].

Now, we want to see nivolumab/ipilimumab, a chemotherapy-free regimen, versus pembrolizumab/chemotherapy in patients without PD-L1 expression. That would be an interesting study that we hope the cooperative groups will take on.

Could you discuss some of the targetable biomarkers in NSCLC?

There are 4 approved biomarker-driven entities in nonsquamous NSCLC: ALK, ROS1, BRAF, and NTRK. Each have FDA-approved drugs that are very effective.

ALK has had the most activity. The first 2 drugs approved to treat [patients with ALK-positive NSCLC] were crizotinib (Xalkori) and ceritinib (Zykadia). We tend not to use those agents anymore because the next-generation drugs—namely, alectinib (Alecensa), brigatinib (Alunbrig), and lorlatinib (Lorbrena)&mdash;seem to have much greater activity and tolerability. In particular, alectinib and brigatinib compared with crizotinib in the first-line setting showed much better progression-free survival (PFS) and improved central nervous system (CNS) penetration and disease control. For patients with ALK-positive disease, CNS metastases are major problems.

A recent study comparing lorlatinib with crizotinib has completed accrual and will be presented at some point. The real question is, “How does alectinib compare with brigatinib and with lorlatinib in the first-line setting?” We don't know.

The ALK Master Protocol looked to biopsy patients after progression on second- or third-generation ALK inhibitors to understand what their resistance mechanisms were. Patients enrolled in the study are assigned 1 of the available ALK inhibitors including ensartinib, which is not yet approved. Crizotinib also has a place in that study. It is an interesting study that has a slightly complicated design, but I believe that is where we are going for all of our patients who progress on TKIs.

Crizotinib and entrectinib (Rozlytrek) are both approved to treat ROS1-positive patients. I prefer entrectinib because it has good CNS penetration. There are not enough patients with ROS1 alterations to compare entrectinib with crizotinib, but entrectinib seems to be more active.

In BRAF-positive patients, the approved combination I use is dabrafenib (Tafinlar) and trametinib (Mekinist). There is an ongoing study to hopefully decrease the toxicities associated with that combination using novel agents.

NTRK fusions are very rare in NSCLC, but there are 2 drugs approved, larotrectinib (Vitrakvi) and entrectinib. Both show good activity in that particular patient population.

MET alterations are also uncommon, but there are 2 specific mutations that can be seen: MET exon 14 skipping mutations and MET amplification. Crizotinib has activity in both of those. Though it is not FDA approved for that indication, we use it. Other more potent MET inhibitors are coming down the pike.

For RET mutations, LOXO-292 and BLU-667 are not yet approved in any indication, but appear promising with little toxicity in this patient population. The low toxicity is likely because the agents are very specific to RET and do not inhibit anything else. Other approved RET inhibitors like vandetanib (Caprelsa) and cabozantinib (Cabometyx) are "dirty" TKIs that inhibit multiple other kinases in addition to RET. We want them to inhibit RET exclusively to minimize toxicities.

How important is it to perform molecular genetic testing in NSCLC?

You have to test [for these mutations]. If you don't look for NTRK, for example, you are not going to find it. I have not found [an NTRK mutation] yet, but I keep looking for it because when I find it [there are treatments available].

Immunotherapy tends to be ineffective for patients with EGFR, ALK, ROS1, and RET mutations. The response rate is in the single digits and the median PFS is around 1 year. In contrast, KRAS has activity with immunotherapy; MET and BRAF also likely have activity.

Patients need to be tested for these targeted mutations to determine if they are eligible for targeted therapy. What are your suggested testing strategies and what role do liquid biopsies have in that?

I am a fan of liquid biopsies in situations where you do not have the patient's tissue sample in hand and where you have a low expectation of success with tissue-based testing.

At OSUCCC—James, we tend to get second opinion referrals from other hospitals. I have to read the report of the disease pathology, but I don't have the samples in hand. We can get that sample, but it may take 1 to 2 weeks to receive results. If I don't have it, it is important to send off an alternative test like ctDNA.

In my experience, if ctDNA is positive for an alteration, it is likely accurate. If you identify EGFR, ALK, ROS1, RET, or NTRK mutations, you will likely have a good response to targeted therapy—just as good of a response as if you identified the alteration from tissue-based testing.

I'm conscious of the potential financial toxicity to patients, and I don't want to send 1 or 2 different tissue-based tests as well as a ctDNA test. That leads to 3 separate bills for several thousands of dollars. Realistically, compared with the cost of drugs, testing is cheap and is a potentially good investment. However, that is hard to explain to a patient who is faced with a high copay. In those cases, we work with the companies for the tissue- and plasma-based testing to make sure the patients are not faced with an exorbitant bill.