Matthew Borst, MD, highlights the need for neoadjuvant therapy versus upfront surgery in newly diagnosed patients, effective treatment management for recurrent platinum-sensitive disease, and what to do in the third-line setting and beyond. 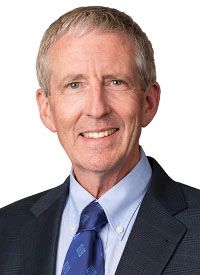 When evaluating a newly diagnosed patient, a variety of disease characteristics must be considered to decide whether neoadjuvant therapy or debulking surgery is the primary approach. For recurrent disease that previously responded to platinum-based chemotherapy, available options include a re-challenge of chemotherapy, secondary cytroreductive surgery, or molecular profiling to determine if a PARP inhibitor or a clinical trial is the optimal choice.

OncLive: You gave an overview of different cases at this meeting. Can you speak to the management of newly diagnosed patients?

In an interview, he highlighted the need for neoadjuvant therapy versus upfront surgery in newly diagnosed patients, effective treatment management for recurrent platinum-sensitive disease, and what to do in the third-line setting and beyond.Borst: The first 2 cases were newly diagnosed cases, and each started with a very important question: “Should the patient’s treatment begin with surgery upfront— primary debulking surgery&mdash;or should she be treated with neoadjuvant chemotherapy?” It’s a very important treatment decision from the get-go&mdash;helping patients try to overcome ovarian cancer.

In your opinion, what characteristics distinguish whether a person should get neoadjuvant therapy or upfront surgery?

Dr Shana Wingo’s talk was about helping to make that decision of surgery versus neoadjuvant chemotherapy by using CT-scan data, laparoscopy data, and of course looking at the patient’s medical condition. Each of the first 2 cases also featured the potential availability of clinical trials for patients and assessing eligibility and appropriate clinical trials to help the patient with frontline treatment.There are 2 categories. First, it starts with the patient’s medical status. Are they healthy enough to potentially tolerate a 4-hour surgery with major procedures being done during the surgery? The second category is based on clinical assessment— CT-scan and perhaps laparoscopy evidence. Do we, as the surgical team, feel there is a high prospect for optimal disease resection status?

What clinical trials are ongoing in the newly diagnosed setting?

Let’s move on to platinum-sensitive ovarian cancer after a 5-year disease-free interval (DFI). What is the normal treatment of these patients?

Most high-volume centers, doing 20 or more ovarian cancer debulking cases per year, will accomplish between 70% and 80% optimal disease resection status. You put together the assessment of the patient’s medical fitness for surgery and you balance that with the distribution of status. Is it amenable to surgical bulking?There are trials using upfront checkpoint inhibitors as part of the basic framework for chemotherapy. The JAVELIN OVARIAN 100 trial recently achieved its accrual and we’re looking forward to seeing the data when they are available.The question is, “Do we go directly back to platinum chemotherapy, or should we resect the disease if it is assessed to be resectable?” In the particular case that I presented, it was assessed to be resectable but it was in a difficult part of the body— involving the vagina, bladder, and colon. The patient elected to go back to chemotherapy to shrink the tumor and then go to surgery.

Can you expand on HRD and the prognostic factor associated with that?

It was still a high-profile surgery even after chemotherapy, and the additional thing there is we did achieve optimal disease resection after a second platinum response. We did molecular profiling of the tumor and the tumor had homologous recombination deficiency (HRD), making her eligible for PARP inhibition as a maintenance therapy. It is a combination of secondary cytoreductive surgery, reintroduction of platinum chemotherapy, and then molecular profiling for targeted therapy.We all have BRCA1/2 genes and they help repair double-strand DNA breaks that we encounter in daily life. If a patient has germline BRCA1/2 abnormalities, they have an intrinsic vulnerability to not repair double-strand breaks. Approximately 50% of high-grade serous cancers have HRD or BRCA abnormalities in the somatic tumor, which is something that we can take advantage of therapeutically by adding a PARP inhibitor, which has the ability to repair single-strand breaks.

Over time, the tumor cells accumulate multiple single-strand breaks, converting to double-strands breaks. Because they lack BRCA wild-type capabilities in the tumor cells, the tumor cells die. I call that “the reverse of Newson’s hypothesis”—you need a double hit in a gene, or a cluster of genes, to create a tumor. And the PARP inhibitor story is interesting: You can put a double hit on the repair mechanism&mdash;inherited or somatic, single-hit on double-strand repair&mdash;plus you’re forcing a single-strand repair problem with the PARP inhibitor. It is kind of like 2 negatives could be a positive.Yes. Prior to 2013, a lot of testing was done that was kind of a single gene or a couple of genes. Subsequent to 2013, panels were broadened to test more. Those panels are evolving almost every month...so retesting is important. Testing the tumor is also important, [and] those are 2 different things.A patient had stage III ovarian cancer, was treated with optimal resection and intraperitoneal chemotherapy, had a 2-year DFI, and she responded to re-challenges with other medications, specifically gemcitabine, carboplatin, and then docetaxel. But the responses stalled out.

If PARP inhibitors eventually get FDA approved for frontline use, will we have sequencing challenges? Can we go from one PARP inhibitor to another?

She herself had a germline BRCA abnormality, and when we started a PARP inhibitor [rucaparib], she had a dramatic improvement and her CA-125 levels went from 1000 to 11. Next month, she will be on the PARP inhibitor for 1 year and living normally.I don’t think [it is known] yet, because there are PARP1 and PARP2 enzymes, and the molecules are slightly structurally different. But we expect to know [in the future].