Pierre Massion, MD, on the necessity of having more people undergo lung cancer screening, ongoing clinical trials emphasizing the importance of early detection, and how to determine who is at highest risk for lung cancer.

Preliminary results of the National Lung Screening Trial in 2011 revealed that patients with lung cancer who received low-dose CT scans had a 15% to 20% lower risk of death from their disease versus those who had standard chest X-rays—a significant finding in the field that led to screening guidelines for clinical practice in the United States.

The NELSON trial results could have a similar effect in Europe. Initial findings published in The Lancet Oncology have shown that CT screening yields high specificity and sensitivity, with only a small number of interval cancers. The authors of the study noted that this has the potential to improve screening algorithms and reduce the number of missed cancers. A total of 187 of 7155 screened participants were diagnosed with 196 screen-detected lung cancers and another 34 were diagnosed with 35 interval cancers in the first and second years of screening.

“We have to remember that lung cancer treatment of any kind is much less likely to provide a cure than early detection is,” said Pierre Massion, MD. “We need to readjust the shots and emphasize, in the public and in the primary care providers in our medical community, the importance of early detection.”

OncLive: Please provide an overview of your lecture on screening.

In an interview during the meeting, Massion spoke to the necessity of having more people undergo lung cancer screening, ongoing clinical trials emphasizing the importance of early detection, and how to determine who is at highest risk for lung cancer.Massion: I focused on early detection because it [has been] a revolution in the field since 2011. We have heard the results of the National Lung Screening Trial, and these results are important and have led to a series of changes in guidelines that promote lung cancer screening in the high-risk population.

I talked about the implications of this, the importance of implementation, and how difficult implementation is. It took about 15 years for breast mammography screening to get into patient care and regular practices. For lung cancer, we hope to go a little faster, but, I tell you, there is a lot of hindrance and barriers to overcome. There are difficulties in unanswered questions. Who is the highest-risk population, and how can we [reach] the population who would benefit from lung cancer screening?

If you think about it, about 8% of lung cancer-related mortality could be alleviated by lung cancer screening if we follow the guidelines of the National Lung Screening Trial. That is only 8%, which is about 12,000 people out of 160,000 who die from the disease. The question is, how can we do better? This is a very important question that we are trying to answer at multiple levels. There are a lot of studies ongoing now to identify the utmost risk and to identify the people who would better benefit from lung cancer screening. Reducing the number needed to screen to save a life would be important; at the same time, we need to expend the population that was first described in the National Lung Screening Trial. If we limit ourselves to that population, we are not reaching beyond this 8% I told you about.

What types of clinical trials are being done now to answer these questions?

There is a lot of room for a better understanding of the biology of the disease, understanding how people are at higher risk and what that means, and how we can get biology to correlate for this risk assessment. This is a big area of research of interest of mine.There are multiple trials ongoing in screening in particular, not only in the United States but in Canada, the Netherlands, and Belgium. The NELSON trial is a similar trial to the National Lung Screening Trial. It randomizes people between lung cancer CT screening with a standard of care, which is no screening, among 20,000 people or a little fewer. The results of this trial should likely be publicized next year. We are eagerly awaiting the results because [they] will have big implications for implementation of the screening approach in Europe.

How do you currently determine who is at high risk for lung cancer?

Now, there is a very interesting trial in Canada ongoing for the high-risk population, one in Australia, a little bit everywhere in the world. Yet, we are trying to address not anymore whether lung cancer screening may benefit mortality, but who is the utmost risk population. At what frequency should we really screen people with lung cancer, and what are the best technologies to get there? The technology keeps improving, and so it is a moving target. How do we screen, and with what kind of scanners, and what other tools could we use to eventually enroll people into screening? There is a lot of research interest, and we are part of a big effort led by the Early Detection Research Network by the National Cancer Institute, which allows us to try to combine CT screening with a set of biomarker studies to try to identify people at highest risk.If you think about who is at high risk for lung cancer, you think about how old people are, how much they smoked, and how long ago they quit smoking; you know if they quit, their risk decreases. But it never reaches zero. These are clinical predictors of disease development. There is a very good set of predictors that have been established in the risk prediction model, the PLCOm2012, that predicts whether a person is likely to develop disease within 6 years. This is 75% accurate, so it is not perfect. It identifies a population risk that goes beyond what others have proposed. People have demonstrated, for example, the diagnoses[MS1] of chronic obstructive pulmonary disease, exposure to asbestos, or a very strong family history of lung cancer. These people may benefit from screening, but we need to quantify this risk.

In the next 5 to 10 years, we are going to take great advantage of mathematical modeling and statistical models to predict risk and to better orient our patients into screening programs. This development in biostatistics has already led to major transformation in the way we provide healthcare—in cardiovascular medicine, diabetes management, and in many other diseases—but it’s just slower coming, and we are trying to work in that space.

We are very interested in genetics, of course, and the contribution of genetics to lung cancer development may be between 10% and 30% of the all-attributable risk. We know smoking is the biggest risk factor of all. However, there is still a large population of people who never smoked and get lung cancer, so we need to figure out what the deal is with them. What are the germline mutations they may have? As we learn more about digging deep in the genome of people, we may get, from rare variance, a better assessment tool for risk. We are going there.

What can be done to improve prevention of lung cancer?

Other biomarkers coming to the forefront are protein biomarkers in the circulation of blood and circulating tumor cell DNA, which could have some evidence of cancer being present. It may be a protein, microRNA, or DNA molecules. The question is whether these technologies are sensitive enough to detect it before people start complaining about them—before the nodules are big enough and we worry. This is a big area of research right now, and we will make progress every day. I am confident that we will have a better way of refining the population of people at highest risk and extending to beyond what we know about smoking risk and age only. We will get better at this.Prevention is very dear to my heart. I keep telling people that I am looking for a sunscreen for lung cancer. You are looking for a modality that is inoffensive and very efficacious. What is the biggest success lately? It is the HPV [vaccine] by far. That, among youth, prevents cervical cancer at a rate that is amazing and unprecedented. We are very excited about learning how we could eventually prevent and vaccinate people against antigens that may be predetermining the development of a lung cancer.

We are looking deep into the biology of airways and how mutations happening in the airway could lead to development of new antigens, which are recognized by the immune system as something foreign. The T cells are going to be attacking these abnormal cells and killing them. We know that some people escape the immune system surveillance and these tumors eventually develop. We want to understand how this really works and how we can help the high-risk folks immunize themselves against a series of antigens that could predispose them for developing lung cancer. That is another area where it is some form of immuno-oncology and vaccination that we are really interested digging deep into.

What main points would you like community oncologists to have taken from your lecture?

When you think about what’s happening in your airways, you understand that when you expose the airways to carcinogens, there are a lot of alterations happening in these cells. They are not just genetic alterations or epigenetic alterations, but also metabolic changes. I am interested in understanding how metabolic changes happening in the airway can predispose people to developing this genomic instability and this ability for some cells to develop a clonal population that eventually causes cancer. We have many opportunities to learn how to prevent the disease. There are many molecular strategies to try to get there. Unfortunately, we haven’t found the sunscreen for lung cancer or the aspirin [benefit] for high-risk colorectal cancer, for example. We will get there one day, I hope.First and foremost, lung cancer is a preventable disease. If we don’t get that message across, we are missing the point. Prevention of smoking is essential. If you think about this, the prevalence of smokers still increases in the youth. It takes different forms; it is just not cigarette smoking only, but it’s hookah bars, e-cigarettes, and vapes of any kind with formulations that are not FDA approved, not standardized and cannot be trusted. People who start these alternative smoking experiences find them more expensive than the real tobacco pack of cigarettes and end up smoking cigarettes anyway. Prevention, prevention, prevention; these are the rules.

The other message is that if you think about how we can have a big impact on lung cancer overall, prevention wins by far. If you prevent people from smoking and eliminate it from society, we lose about 85% of all lung cancers, which would be amazing. That is kind of a dream, and there are a lot of politics behind this.

The second-best strategy after prevention would be early detection, which may save many more lives than any form of therapeutics. There is a disproportion between the investment that society has made into therapeutics for cancer versus early detection of the disease. I am a strong advocate for early detection because it is easier to treat the disease when it’s early, and we have better outcomes. Treatment of lung cancer is obviously very important. If one of your loved ones has lung cancer, you want to be a strong advocate for lung cancer treatment.

Mayer on the Optimization of SERDs in ER+ Breast Cancer 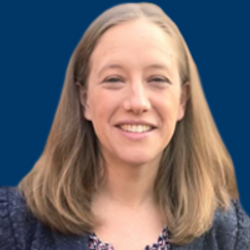