Olaparib continued to show a numerical overall survival (OS) benefit with a favorable hazard ratio for OS versus chemotherapy in patients with BRCA-positive, HER2-negative metastatic breast cancer, according to an extended, exploratory follow-up analysis of the phase III OlympiAD trial. 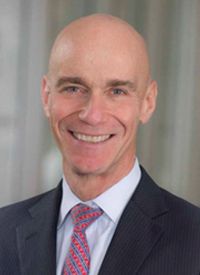 Olaparib (Lynparza) continued to show a numerical overall survival (OS) benefit with a favorable hazard ratio for OS versus chemotherapy in patients with BRCA-positive, HER2-negative metastatic breast cancer, according to an extended, exploratory follow-up analysis of the phase III OlympiAD trial.1

The OlympiAD trial included 302 patients with HER2-negative metastatic breast cancer who harbored germline BRCA1 or BRCA2 mutations. The study was conducted in 19 countries across Europe, Asia, North America, and South America. Patients were allowed to have received up to 2 prior lines of chemotherapy in the metastatic setting. In the study, patients were randomly assigned in a 2:1 ratio to 21-day cycles of 300-mg twice daily oral olaparib (n = 205) or physician’s choice of standard chemotherapy (n= 97; capecitabine, vinorelbine, or eribulin). The primary endpoint of the trial was progression-free survival (PFS) per a blinded independent review.

The median patient age was around 45 and about one-third of patients were non-white (mainly Asian). In both arms, there was a nearly even split between patients who were hormone-receptor positive or triple negative. Across the overall study population, 71% had received prior chemotherapy in the metastatic setting, and 28% had received prior platinum-based therapy in the neoadjuvant, adjuvant, or metastatic setting. Patients who received prior platinum regimens had to have completed the therapy within 12 months of starting the OlympiAD trial.

Fourteen patients remained on olaparib and no patients remained on chemotherapy at the data cutoff for the exploratory analysis and the authors wrote in their poster that, “The baseline characteristics of the small number of patients continuing to receive olaparib were generally consistent with those of the overall population, albeit with a greater proportion having better performance status at baseline and who had not received prior chemotherapy for metastatic disease.”

Regarding the SAE component of the exploratory follow-up, there were no new SAEs related to olaparib that emerged between the initial OS data cutoff date and the March 3, 2019, cutoff. The SAE rate with olaparib was 16.6% at the initial cutoff and 17.6% at the extended cutoff. Rates for all SAEs remained low with longer follow-up, and the incidence of specific SAEs remained consistent with longer follow-up.

“We do not see any new toxicities emerging, and in particular, do not see AML/MDS in the olaparib arm,” Robson said.

The FDA approved olaparib in January 2018 for the treatment of patients with germline BRCA-positive, HER2-negative metastatic breast cancer who have previously received chemotherapy. Additionally, HR-positive patients should have prior endocrine therapy or not be considered appropriate for such treatment. The approval was based on PFS data from the OlympiAD trial showing that olaparib reduced the risk of disease progression or death by 42% and improved the median PFS by 2.8 months versus standard chemotherapy.

Moving forward, Robson said the next steps with PARP inhibitors in ovarian cancer include exploring the agents in “early-stage disease (OLYMPIA, NEOTALA trials), in patients without germline BRCA mutations but with other alterations, and in combinations.”