Increasing the duration of bevacizumab treatment in the frontline setting did not improve progression-free survival for patients with advanced ovarian cancer. 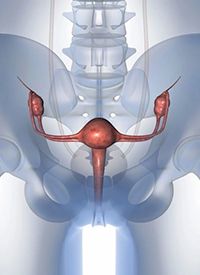 Increasing the treatment time of bevacizumab (Avastin) beyond 15 months did not improve progression-free survival (PFS) in newly diagnosed patients with stage IIB-IV ovarian cancer, according to data from the phase 3 BOOST trial (NCT01462890) published in the Journal of Clinical Oncology.

“Extending the duration of maintenance bevacizumab therapy did not significantly improve PFS and therefore, the approved duration of bevacizumab [15 mg/kg once every 3 weeks for 15 months] remains a standard-of-care regimen… in the front-line setting,” study authors wrote.

Two prior trials have demonstrated that early and continuous treatment with bevacizumab, a monoclonal antibody, in addition to carboplatin and paclitaxel chemotherapy, confers a PFS benefit to patients with ovarian cancer. However, prior this this trial, the optimal treatment duration remained unknown.

The BOOST trial was designed to determine the best duration of frontline bevacizumab in this setting and investigators extended treatment length from 15 months (as used in 1 of the 2 trials) to 30 months to assess if longer exposure would improve efficacy.

AEs of any-grade occurred in great numbers in both treatment arms (99% vs 99%). The rates of grade 3 or worse AEs were also similar between both arms (63% vs 68%), as were the rates of serious AEs (44% vs 46%). A serious AE was defined as any event that resulted in death, inpatient hospitalization, the prolongation of existing hospitalization, was life threatening, or induced a disability.

Extended treatment with bevacizumab was linked to a slight increase in grade 3 or greater hypertension or proteinuria; however, that was the only special AEs of interest to be induced by longer treatment.

Study authors acknowledged that the trial did not assess BRCA mutation status and therefore, any potential imbalanced between treatment arms cannot be excluded. Moreover, they noted that the open-label design with no blinded independent review of PFS may represent a limitation; however, investigators noted that patients may not be willing to receive placebo for up to 15 months.