The effort to improve outcomes of disadvantaged patients involves every aspect of lung cancer care. 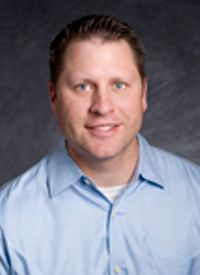 Improving outcomes for disadvantaged patients with lung cancer has been a priority for more than 5 years at Mary Bird Perkins—Our Lady of the Lake Cancer Center in Baton Rouge, Louisiana. The effort involves every aspect of lung cancer care, but the cancer center has worked hardest on the first step in the process: timely screening.

The organization’s leaders saw an opportunity to enhance outcomes by encouraging earlier screening. They developed a screening program with a satellite location in the neighboring city of Gonzales, and they peppered local primary care physicians (PCPs) with flyers to remind them of which patients should receive scans. More recently, the cancer center configured the electronic health records used by more than 100 affiliated PCPs so that they automatically suggest that screening referrals be written for qualifying patients.

“We know we have one of the largest at-risk populations in the country with regard to lung cancer, and our efforts have resulted in success in diagnosing early-stage lung cancers with a diagnostic yield similar to that seen in the landmark [National Cancer Institute] National Lung Screening Trial study,” said Brad Vincent, MD, chair of Mary Bird Perkins’ lung cancer multidisciplinary care team. “We have a long way to go to meet the needs of our community due to population growth, and are making strides every week to expand our reach, especially in the underserved areas. We recently partnered with Louisiana State University Health professionals who serve a large portion of that population. Hopefully, this partnership will translate into higher numbers screened and earlier diagnoses for our community.”

Efforts like that have not only begun to improve outcomes, they have also made Mary Bird Perkins 1 of 5 large practices chosen to help the Association of Community Cancer Centers devise an optimal care coordination model (OCCM) for patients with lung cancer on Medicaid. The final plan won’t be out for another year, but practices that want to improve their treatment of disadvantaged patients with lung cancer can get a head start by considering the most successful ideas from test sites such as Mary Bird or Genesis Cancer Care Center in Zanesville, Ohio.Most of Ohio is flat, fertile, and fully Midwestern, but the Buckeye State’s southeast corner is a tiny slice of Appalachia, a region where the largest industry is still coal mining, the unemployment rate tops 12%, and the antitobacco movement has mostly failed. Roughly 60% of all adults in the 6-county area smoke. Genesis’ modern facility—built 7 years ago to provide comprehensive cancer care in a region that had not been able to offer more than medical oncology&mdash;is designed to facilitate current standards of care. However, nurse navigators, financial counselors, and easy collaboration among different specialties cannot help patients who come in too late or fail to complete their treatment.

Before coming to Genesis, many patients with lung cancer endure 6 months of serious weight loss and breathlessness, wind up in the emergency department, and receive a diagnosis of incurable late-stage disease. This delay reflects both a general skepticism among the local population about the value of medical science and a general refusal among local PCPs to accept patients on Medicaid. Genesis hasn’t been able to make much of a dent in those problems, but it is working to slash by 50% or more the time between a patient’s first visit and first treatment.

“When we perform the initial scan here—a low-dose CT scan rather than the x-ray that many primary care physicians still use&mdash;we try to analyze it while the patient waits and perform any necessary biopsies that same day,” Wegner said. “When biopsies come back positive, we immediately assign each patient a navigator who specializes in lung cancer, and that navigator assembles a multidisciplinary team that devises a treatment plan, as opposed to automatically sending the patient first to a pulmonologist, then to a surgeon, then to oncologists.” The additional planning saves time in the long run.

Genesis also reduces delays by beginning treatments before receiving prior authorization from Medicaid. The practice is committed to providing the same standards of therapeutic care to all patients, regardless of ability to pay, so there’s no reason to wait for a decision. Because Genesis sticks to published standards of care from ASCO, rejections are rare anyway.

“Less delay should lead to better long-term outcomes, and it definitely allows us to use our resources more efficiently,” Wegner said. “It’s not enough to break even on Medicaid patients. That’s just not possible given reimbursement rates, but greater efficiency definitely reduces losses and keeps you on better financial footing.”Once treatment begins, the challenge becomes adherence. Patients on Medicaid are more likely than wealthier patients to miss sessions or abandon treatment. A wide variety of factors contributes to the problem, and many defy easy solution: deep distrust of doctors, substance abuse problems, and a lack of support from family and friends.

Nevertheless, the practices that have contributed to the OCCM have found that support from nurse navigators, financial counselors, and other support staff can ameliorate these problems and improve adherence rates. Nurse navigators, for example, can handle scheduling and other complexities that might otherwise require help from healthy family members. Palliative care specialists can reduce the number of missed sessions (and improve patient quality of life) by helping to manage the physical and psychological adverse effects of cancer treatment. These specialists are particularly valuable in devising strategies to manage pain effectively without creating or exacerbating substance abuse problems.

Transportation problems are another major barrier for the Medicaid population, even though many plans provide free shuttle service to and from medical appointments (usually with a couple of days’ advance notice) and access to free or discounted rides on public transportation. Shuttle bus schedules cannot be changed easily, and although public transit provides fairly comprehensive coverage of most city centers, it is less available in rural and suburban parts of the country.

The OCCM participants have responded to these challenges by either reimbursing patients for the cost of cabs or a ride-sharing service, or—in Mary Bird’s case&mdash;creating a sort of localized nonprofit car service run by volunteers. The programs also have employed patient navigators and other support staff to reduce transportation needs (and save patient time) by consolidating appointments. Rather than bring a patient in once for chemotherapy, a second time for radiation, and yet again to see a pain specialist, the programs use unified scheduling so that all 3 visits occur sequentially on the same day.

Officials from at least 1 of the programs hope that technology will soon reduce the need for extra transportation spending and also ease patients’ lives. “We think we’re pretty close to the point that telemedicine starts providing significant benefits to patients who feel comfortable using it,” said Ralph Zinner, MD, a professor of medical oncology with the Sidney Kimmel Cancer Center at Thomas Jefferson University in Philadelphia, Pennsylvania.

“I am, of course, aware that people have been touting the potential of telemedicine for at least a decade now and that it has never taken off because of obstacles ranging from patient privacy concerns to insurer reimbursement policies,” Zinner said. “All that acknowledged, we think it can be a significant tool for improving patient care. A video call is in no way a replacement for a physical examination, but it does allow for very significant interaction with patients and can probably eliminate the need for some office visits.”