Dr. Rini discusses unique elements of the TIVO-3 trial, the significance of the FDA approval of tivozanib in advanced RCC, and potential next steps for research with the TKI in the paradigm.

OncLive On AirTM is a podcast from OncLive, which provides oncology professionals with the resources and information they need to provide the best patient care. In both digital and print formats, OncLive covers every angle of oncology practice, from new technology to treatment advances to important regulatory decisions.

In today’s episode, we had the pleasure of speaking with Brian I. Rini, MD, a professor of medicine and inaugural chief of Clinical Trials at Vanderbilt-Ingram Cancer Center, to discuss the FDA approval of tivozanib (Fotivda) in renal cell carcinoma (RCC).

On March 10, 2021, the FDA approved tivozanib for the treatment of adult patients with relapsed/refractory advanced RCC following 2 or more prior systemic therapies.

The approval is largely based on findings from the phase 3 TIVO-3 trial, in which tivozanib demonstrated a significant improvement in progression-free survival (PFS) compared with sorafenib (Nexavar), with similar overall survival (OS), in patients with highly relapsed/refractory metastatic RCC.

Prior findings showed an increased median PFS for tivozanib compared with sorafenib at 5.6 months versus 3.9 months, respectively, with an HR of 0.73.

The TIVO-3 study was a controlled, multicenter, open-label, phase 3 trial which randomized 350 patients with highly refractory metastatic RCC who had failed at least 2 prior regimens, including VEGF-TKI treatment, 1:1 to receive either oral tivozanib or sorafenib. Crossover between arms was not permitted.

Eighteen percent of patients in the tivozanib arm achieved a partial response vs 8% of those in the sorafenib arm. The objective response rate was 34% for tivozanib vs 24% for sorafenib.

The investigators reported significantly reduced dose reductions and interruptions because of AEs for tivozanib vs sorafenib, at 48% vs 63%, respectively, despite nearly double the average time of cycles initiated for the tivozanib arm.

Treatment related AEs leading to permanent discontinuation were 8% for tivozanib compared with 15% for sorafenib.

In our exclusive interview, Rini discussed unique elements of the TIVO-3 trial, the significance of the FDA approval of tivozanib in advanced RCC, and potential next steps for research with the TKI in the paradigm. 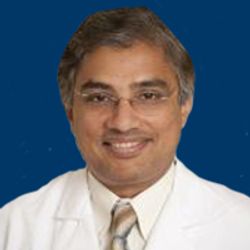 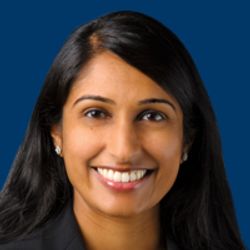 Cabozantinib Exposure Not Associated With PFS, But Is Linked With Higher AEs With Cabozantinib/Nivolumab in RCC