The FDA has approved abiraterone acetate (Zytiga) in combination with prednisone for patients with metastatic high-risk castration-sensitive prostate cancer, based on findings from the phase III LATITUDE trial.1

The approval, which was announced by the company developing the therapy, Janssen Biotech, was based on a 38% reduction in the risk of death with the addition of abiraterone acetate and prednisone to ADT compared with ADT alone. After a median follow-up of 30.4 months, median overall survival (OS) was not yet reached with abiraterone acetate versus 34.7 months with placebo for patients with high-risk metastatic, castration-sensitive prostate cancer (HR, 0.62; 95% CI, 0.51-0.76; P <.001).

“LATITUDE was a large global trial which produced impressive and clinically significant results in overall survival,” lead investigator of the study Karim Fizazi, MD, PhD, Head of the Medical Oncology Department at Institute Gustave Roussy, Villejuif, France, said in a statement. “With today’s approval, abiraterone acetate plus prednisone could become a standard of care for patients with metastatic high-risk castration-sensitive prostate cancer.”

In the LATITUDE trial, 1199 newly diagnosed patients with high-risk metastatic prostate cancer were randomized to abiraterone acetate, prednisone, and ADT (n = 597) or ADT and placebo (n = 602). Abiraterone acetate was administered at 1000 mg daily, prednisone was given at 5 mg daily, and ADT consisted of a gonadotropin-releasing hormone (GnRH) analog. Patients had not received prior ADT and had at least 2 of 3 risk factors: Gleason score greater ≥8, measurable visceral metastases, or ≥3 bone lesions.

In each group, approximately 20% of patients were ≥75 years of age, with a median age around 68 years. The Gleason score at diagnosis was ≥8 for nearly all men enrolled (98%) and nearly all enrolled had ≥3 sites of bone metastases (98%). The baseline pain score was ≥4 for just over a quarter of men in the trial, and the majority had a pain score of 0 or 1 (50%).

“Today’s approval marks an important step in addressing the unmet needs of patients with metastatic high-risk castration-sensitive prostate cancer by providing an option that has demonstrated improvement in overall survival,” Andree Amelsberg, MD, vice president of Oncology Medical Affairs at Janssen Biotech, Inc., part of the Janssen Pharmaceutical Companies of Johnson & Johnson, said in a statement. “This milestone is an exciting turning point for researchers and clinicians, and most importantly, for patients suffering from this disease and their families who now have an important additional therapeutic option.”

Abiraterone acetate was first approved in 2011 in combination with prednisone for the treatment of men with metastatic castration-resistant prostate cancer following chemotherapy. It has since gained approval earlier in the treatment paradigm for use prior to chemotherapy. 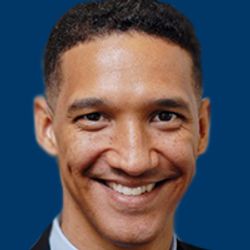 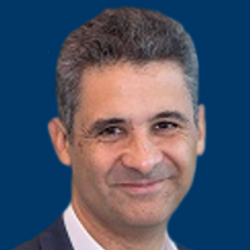