February 22, 2021 - The FDA has approved cemiplimab-rwlc monotherapy for use in the frontline treatment of patients with advanced non–small cell lung cancer with a PD-L1 expression level of 50% or higher.

The FDA has approved cemiplimab-rwlc (Libtayo) monotherapy for use in the frontline treatment of patients with advanced non–small cell lung cancer (NSCLC) with a PD-L1 expression level of 50% or higher.1

“The approval of [cemiplimab] to treat first-line advanced NSCLC with high PD-L1 expression means physicians and patients have a potent new treatment option against this deadly disease,” said Naiyer Rizvi, MD, Price Family Professor of Medicine, director of Thoracic Oncology and co-director of Cancer Immunotherapy at Columbia University Irving Medical Center, as well as a steering committee member of the trial, stated in a press release.

“Notably, [cemiplimab] was approved based on a pivotal trial where most chemotherapy patients crossed over to [cemiplimab] following disease progression, and that allowed for frequently underrepresented patients who had pretreated and clinically stable brain metastases, or who had locally advanced disease and were not candidates for definitive chemoradiation," added Rizvi. "This gives doctors important new data when considering [cemiplimab] for the varied patients and situations they treat in daily clinical practice.”

The multicenter, open-label, global, phase 3 trial evaluated cemiplimab monotherapy compared with investigator’s choice of platinum-doublet chemotherapy in the first-line treatment of patients with advanced NSCLC whose tumors have a PD-L1 expression of 50% or higher.

To be eligible for enrollment, patients had to be 18 years of age, have histologically or cytologically confirmed stage IIIB or IIIC or stage IV squamous or nonsquamous disease with PD-L1 expression of at least 50%, an ECOG performance status of 0-1, adequate organ and bone marrow function, and at least 1 measurable lesion per RECIST v1.1 criteria.

If patients had never smoked; had active or untreated brain metastases; had tumors that harborded EGFR mutations, ALK translocations, or ROS1 fusions; had active, known, or suspected autoimmune disease that called for systemic therapy during the previous 2 years; or had uncontrolled infection with hepatitis B or C or human immunodeficiency virus, they were excluded from the research.

Patients were stratified based on histology (squamous vs nonsquamous) and geographical region (Europe, Asia, or the rest of the world). Participants received either 350 mg of intravenous cemiplimab over 30 minutes every 3 weeks (n = 356) or investigator’s choice of platinum-based chemotherapy for 4 or 6 cycles (n = 354).

The primary end points of the trial were OS and PFS, while secondary end points comprised objective response rate (ORR), duration of response (DOR), health-related quality of life (HRQoL), and safety with cemiplimab versus chemotherapy. Moreover, investigators examined the pharmacokinetics and immunogenicity of cemiplimab and conducted exposure–response analyses.

Safety was evaluated in a total of 355 patients in the cemiplimab arm and 342 patients in the chemotherapy arm. Toxicities that were more frequently reported in the cemiplimab arm over the chemotherapy arm included rash (15% vs 6%, respectively) and cough (11% vs 8%). The most common serious adverse effects included pneumonia (5% vs 6%) and pneumonitis (2% vs 0%).

Six percent of patients discontinued treatment with cemiplimab because of toxicities such as pneumonitis, pneumonia ischemic stroke, and increased aspartate aminotransferase (at least 2 patients). 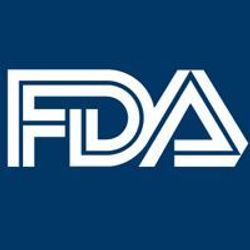 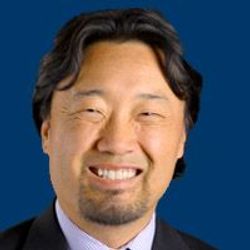