The FDA has granted a priority review designation to a supplemental new drug application for enzalutamide (Xtandi) for the treatment of men with metastatic hormone-sensitive prostate cancer.

The FDA has granted a priority review designation to a supplemental new drug application for enzalutamide (Xtandi) for the treatment of men with metastatic hormone-sensitive prostate cancer (mHSPC), according to Astellas Pharma Inc. and Pfizer Inc., the codevelopers of the androgen receptor inhibitor.

The designation, which will expedite the development and review of enzalutamide in this setting, is based on data from the phase III ARCHES and ENZAMET trials. The ARCHES study showed that at a median follow-up of 14.4 months, median radiographic progression-free survival (rPFS) in men with mHSPC was not reached in the enzalutamide arm and was 19.45 months in the placebo arm, translating to a 61% reduction in risk of radiographic progression or death with enzalutamide (HR, 0.39; 95% CI, 0.30-0.50; P <.0001).1

"The complementary data from the ARCHES and ENZAMET trials in men with mHSPC take us another step closer to understanding Xtandi's full potential in helping address unmet needs in prostate cancer," said Andrew Krivoshik, MD, PhD, senior vice president and oncology therapeutic area head at Astellas, said in a press release. "Xtandi is a current standard of care in castration-resistant prostate cancer and we look forward to working with the FDA to potentially make Xtandi available to men earlier in their prostate cancer journey."

The international, double-blind ARCHES trial enrolled 1150 patients with histologically verified mHSPC across North America, Europe, and the Asia-Pacific region who were randomized to receive enzalutamide at 160 mg daily or placebo. Men with both low- and high-volume disease, as well as patients who received recent treatment with docetaxel but did not have disease progression were enrolled.

Patients were allowed to receive prior androgen deprivation therapy (ADT) ≤3 months; those who received prior docetaxel could have had ADT for up to 6 months. The primary endpoint was rPFS, defined as the time to radiographic progression of disease either by soft tissue or confirmed bone scan criteria or death from any cause within 24 weeks of treatment discontinuation, whichever occurred first.

At initial diagnosis, 70% in the enzalutamide arm and 63% in the placebo arm had distant metastasis; 62% and 65%, respectively, had high disease volume; and 67% and 65%, respectively, had a Gleason score ≥8. Across the overall study population, approximately 18% of patients received prior docetaxel in the hormone-sensitive setting and the median duration of prior ADT at study entry was 1.6 months. Of those with confirmed metastases at screening, nearly half had bone only metastases with about 9% having soft tissue only metastases.

An interim analysis of OS showed that the median OS has not been reached in either arm, with 39 deaths in the enzalutamide arm and 45 in the placebo arm. A final OS analysis will be conducted after approximately 342 deaths.

A complete response (disappearance of all lesions on imaging) was attained by 36.7% of enzalutamide-treated patients versus 23.1% of placebo recipients. The overall response rate favored enzalutamide over placebo (83.1% vs 63.7%; P <.0001).

The safety profile of enzalutamide was consistent with prior studies of the androgen receptor inhibitor. The proportion of patients who had to discontinue study was similar between enzalutamide and placebo (7.2% vs 5.2%) and the rate of grade ≥3 adverse events (AEs) was also similar (24.3% vs 25.6%).

Following the unblinding at the end of double-blind treatment and the significant positive outcome on the primary endpoint, all patients in the placebo group are being offered enzalutamide in an open-label extension protocol.

The international, randomized phase III ENZAMET trial was led by the Australian and New Zealand Urogenital and Prostate (ANZUP) Cancer Trials Group. The trial enrolled 1125 men with mHSPC between March 2014 and March 2017. These men were randomized 1:1 to receive either enzalutamide or 1 of 3 first-generation NSAAs (bicalutamide [Casodex], nilutamide [Nilandron], or flutamide [Eulexin]) plus a testosterone-suppressing medicine. Less than half of the men (n = 503) received early doses of docetaxel. Patients were evaluated every 12 weeks and at progression could receive therapy for castration-resistant prostate cancer at the investigator’s discretion.

ADT was allowed in the study up to 120 days prior to randomization, but intermittent ADT dosing was not allowed.

Randomization was stratified by volume of disease, planned early docetaxel use, planned anti-resorptive therapy, comorbidity score, performance status, and study site. A high volume of disease was considered the existence of visceral metastases and/or ≥4 bone metastases, with at least 1 of these beyond the pelvis and vertebral column.

As of the first interim analysis on February 28, 2019, when the criteria of 235 deaths had been met, patients had been followed for a median of 33 months. At 3 years, 64% of patients assigned to receive enzalutamide were still on the study treatment compared with 36% in the other NSAA arm. 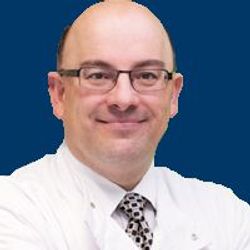 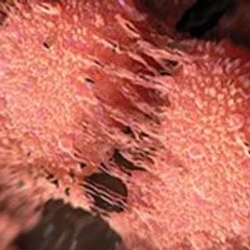