The FDA has granted a fast track designation to the soluble LAG-3 protein eftilagimod alpha for use in the frontline treatment of patients with recurrent or metastatic head and neck squamous cell carcinoma.

The FDA has granted a fast track designation to the soluble LAG-3 protein eftilagimod alpha (Efti; IMP321) for use in the frontline treatment of patients with recurrent or metastatic head and neck squamous cell carcinoma (HNSCC), according to an announcement from Immutep Limited, the drug developer.1

The decision is based on data from part C of the phase 2 TACTI-002 trial (NCT03625323), which is examining eftilagimod alpha plus pembrolizumab (Keytruda) in the second-line treatment of 28 evaluable patients with HNSCC who are PD-X naïve.

Results presented during the 2020 SITC Annual Meeting showed that the doublet resulted in deep, durable responses.2 The overall response rate (ORR) was 35.7% (95% CI, 18.6%-55.9%) in this population. Of those who responded, 10.7% achieved a complete response, 25.0% had a partial response, and 10.7% had stable disease. Moreover, 35.7% of patients experienced disease progression and 17.9% were not evaluable. Notably, responses were also noted in patients with low PD-L1 expression.

“The results from this trail, and our other trials, continue to support our hypothesis that the combination of our lead product candidate, [eftilagimod alpha], with a PD-1 inhibitor such as pembrolizumab should result in a meaningful benefit to patients across various cancers,” Frédéric Triebel, MD, PhD, chief scientific officer and chief medical officer of Immutep previously stated in a press release.3 “These results are supportive of further late-stage clinical development.”

Eftilagimod alpha binds to a subset of MHC class II molecules to mediate antigen-presenting cells and CD8 T-cell activation. Investigators hypothesized that the stimulation of the dendritic cell network and subsequent T cell recruitment could lead to stronger antitumor responses when used in combination with pembrolizumab vs pembrolizumab alone.

The phase 2 trial was comprised of 3 parts. Patients with non–small cell lung cancer (NSCLC) who were PD-X naïve and were receiving the combination as frontline treatment were enrolled to Part A (n = 36). Patients had stage IIIB or IV disease that was not amenable to EGFR- or ALK-based treatment; they had advanced/metastatic disease and were treatment naïve.

Patients in Part B of the trial also had NSCLC, but they were PD-X resistant and were receiving the doublet in the second-line setting (n = 36). This subset of patients was resistant to PD-1/L1 therapy and their first-line treatment for metastatic disease had failed them. Lastly, patients in part C of the trial had HBSCC, were PD-X naïve, and received the doublet in the second-line setting (n = 37). This subgroup of patients had recurrent disease that was not amenable to curative therapy, or metastatic disease that was deemed to be incurable by local therapy following progression on a previous platinum-based treatment.

The screening period of the trial was 3 weeks and this was followed by the treatment phase. Eftilagimod alpha was administered via subcutaneous injection at a dose of 30 mg every 2 weeks for the first 8 cycles of treatment and every 3 weeks for the 9 subsequent cycles. Pembrolizumab was given at the standard 200-mg dose via intravenous infusion every 3 weeks for a maximum of 2 years.

Patients enrolled to Part C of the trial were a median of 65.5 years at baseline, and 92.9% were male. Moreover, 60.7% had an ECOG performance status of 1, while the remaining 39.3% had a status of 0. The majority, or 89.3%, were either current or former smokers. All patients had previously received chemotherapy, while 46.4% had prior cetuximab (Erbitux).

In March 2021, the pharmaceutical company announced that they had entered into another collaboration with Merck & Co. Inc., to examine eftilagimod alpha plus pembrolizumab in the phase 2b TACTI-003 trial as frontline treatment in patients with HNSCC. The study is expected to launch in mid-2021. 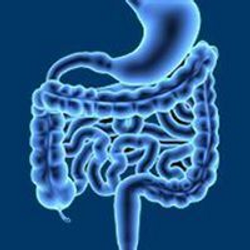 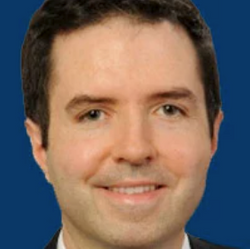