The FDA has granted a priority review to a supplemental biologics license application for pembrolizumab for the treatment of pediatric and adult patients with recurrent locally advanced or metastatic Merkel cell carcinoma. 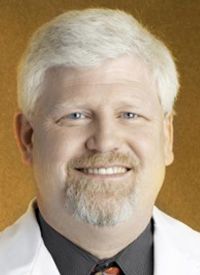 The FDA has granted a priority review to a supplemental biologics license application (sBLA) for pembrolizumab (Keytruda) for the treatment of pediatric and adult patients with recurrent locally advanced or metastatic Merkel cell carcinoma (MCC), according to Merck (MSD), the manufacturer of the PD-1 inhibitor.

The sBLA is based on data from the phase II KEYNOTE-017 trial, which included 50 patients with metastatic or locally advanced MCC who received at least 1 dose of pembrolizumab in the frontline setting. At a median follow-up of 14.9 months (range, 0.4-36), the objective response rate (ORR) per independent review was 56% (n = 28), including a 24% (n = 12) complete response rate and a 32% (n = 16) partial response rate. An additional 5 patients (10%) had stable disease. Sixteen patients (32%) had progressive disease and 1 patient was not assessed for response.

The median progression-free survival (PFS) was 16.8 months with pembrolizumab, which was higher than historical data for chemotherapy controls, for which the median PFS ranges from 3.1 to 4.6 months. This was also true for median overall survival (OS), which had not been reached for pembrolizumab compared with historical data ranging from 9.5 to 10.2 months with frontline chemotherapy in MCC.

The priority review follows a breakthrough therapy designation, which was awarded to pembrolizumab in July 2017 for use in this setting. Under the Prescription Drug User Fee Act, the FDA is scheduled to make a decision on the sBLA by December 28, 2018.

“Merkel cell carcinoma, a rare type of skin cancer, is an aggressive and fast-growing disease that has been associated with mortality rates higher than other types of skin cancer, including melanoma,” Scot Ebbinghaus, MD, vice president, Clinical Research, Merck Research Laboratories, said in a statement.

The single-arm, open-label phase II KEYNOTE-017 trial (NCT02267603) enrolled 50 patients with metastatic or locally advanced MCC at 12 sites in the United States. Patients were enrolled between January 2015 and May 2017, and could not have received prior systemic therapy. The median patient age was 70 years (range, 46-91), with 80% of patients being aged ≥65 years.

Fourteen percent (n = 7) of patients had recurrent locally advanced MCC, and 86% (n = 43) had distant metastatic MCC. Sixty-four percent of patients had tumors that were positive for Merkel cell polyomavirus (MCPyV), with the remaining 36% being negative.

Patients received pembrolizumab intravenously at 2 mg/kg every 3 weeks for up to 2 years. The primary endpoint was ORR. Secondary endpoints included PFS, OS, and duration of response.

The media time to response was 2.8 months (range, 1.5-9.7). Most responses had occurred by 12 weeks and most were also ongoing at the time of the data cutoff of February 6, 2018. Responses were observed regardless of MCPyV status. The ORR was 59% among MCPyV-positive patients and 53% among MCPyV-negative patients.

The FDA approved the PD-L1 inhibitor avelumab (Bavencio) in March 2017 for the treatment of adults and pediatric patients 12 years and older with metastatic MCC, including those who have not received prior chemotherapy. 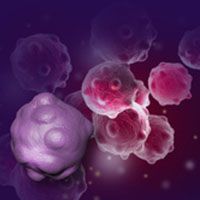