The FDA has granted a priority review designation to a supplemental new drug application for the combination of encorafenib and cetuximab as a treatment for patients with advanced BRAF V600E&shy;–mutant metastatic colorectal cancer following up to 2 prior lines of therapy. 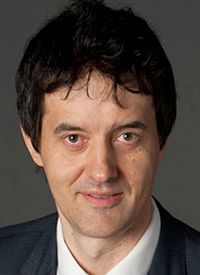 The FDA has granted a priority review designation to a supplemental new drug application (sNDA) for the combination of encorafenib (Braftovi) and cetuximab (Erbitux) as a treatment for patients with advanced BRAF V600E—mutant metastatic colorectal cancer (mCRC) following up to 2 prior lines of therapy.1

The designation is based on findings from the phase III BEACON CRC study, which evaluated encorafenib plus cetuximab with or without binimetinib (Mektovi) in this patient population.2 Results showed that both the doublet and triplet approaches demonstrated an improvement in overall survival (OS) as well as objective response rates (ORRs) versus cetuximab plus irinotecan-containing regimens.

Under the Prescription Drug User Fee Act, the FDA will make a decision on the sNDA in April 2020. Moreover, the review process for a Type II variation application for this regimen has been initiated with the European Medicines Agency.

“The FDA’s acceptance of our application for the Braftovi doublet is highly encouraging news for patients with mCRC harboring a BRAF V600E mutation,” Chris Boshoff, MD, PhD, chief development officer of oncology for Pfizer Global Product Development, which acquired Array BioPharma, the developer of the BRAF and MEK inhibitors. “Currently, there are no FDA-approved treatments specifically for patients with BRAF-mutant mCRC who have received prior treatment.

“If approved, the Braftovi doublet would become the first targeted regimen for this patient population, who typically have a poor prognosis,” added Boshoff. “We also look forward to continuing to explore this targeted doublet regimen with or without Mektovi in earlier lines of BRAF-mutant mCRC, including in the ongoing, phase II ANCHOR study in previously untreated patients.”

In the open-label, international, BEACON CRC study, researchers evaluated the efficacy and safety of encorafenib, binimetinib, and cetuximab in patients with BRAF V600E-mutant mCRC who had disease progression on 1 or 2 prior therapies. In the safety lead-in phase, 30 patients were treated with the triplet regimen at 300 mg daily of encorafenib, 45 mg twice daily of binimetinib, and standard cetuximab. Twenty-nine patients had a BRAF V600 mutation and 1% of patients had microsatellite instability—high status. These data demonstrated that the 3-drug regimen had showed good tolerability.3

In results presented at the 2019 World Congress on Gastrointestinal Cancers, encorafenib, binimetinib, and cetuximab demonstrated a significant improvement in OS compared with cetuximab and an irinotecan-containing regimen in this patient population.

Results from the secondary endpoint analysis showed that patients treated with the combination of encorafenib and cetuximab demonstrated a statistically significant improvement in ORR per blinded independent central review (BICR) at 20.4% versus 1.9% (P <.0001).4 The median OS was also improved with the doublet compared with the control arm at 8.4 months and 5.4 months, respectively (HR, 0.60; 95% CI, 0.45-0.79; P = .0003).

In findings from a descriptive comparison of the triplet regimen of encorafenib, binimetinib, and cetuximab to encorafenib/cetuximab, there was a trend toward improved OS and ORR with the triplet (HR, 0.79; 95% CI, 0.59-1.06; nominal P = .1164).

Moreover, in patients who had 1 prior treatment, the ORR by BICR was 34.3% with the triplet versus 22.4% with encorafenib/cetuximab. Currently, the OS for both arms is consistent compared with the overall population.

Regarding safety, encorafenib/binimetinib/cetuximab was found to be well tolerated with no unexpected toxicities. Grade ≥3 adverse events were reported in 58% of patients on the triplet arm, 50% of those on encorafenib/cetuximab, and 61% of those in the standard group.

The FDA previously granted the triplet regimen a breakthrough therapy designation for the treatment of patients with BRAF V600E-mutant mCRC as detected by an FDA-approved test, following failure of 1 or 2 prior lines of treatment. Additionally, the triplet regimen has been included as a category 2A treatment for patients with BRAF V600E-mutant metastatic CRC, following failure of 1 or 2 prior lines of therapy in National Comprehensive Cancer Network guidelines for colon and rectal cancers in the United States.