The FDA has granted a priority review to a new drug application for pemigatinib as a treatment for patients with previously treated, locally advanced or metastatic cholangiocarcinoma with FGFR2 fusions or rearrangements. 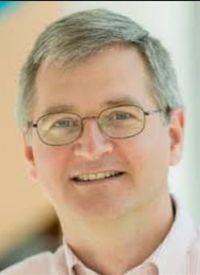 The FDA has granted a priority review to a new drug application (NDA) for pemigatinib as a treatment for patients with previously treated, locally advanced or metastatic cholangiocarcinoma with FGFR2 fusions or rearrangements.1

The designation is based on interim findings from the multicohort, single-arm, phase II FIGHT-202 study, which showed that, at a median follow-up of 15 months, single-agent pemigatinib led to a 36% objective response rate (ORR) and a median duration of response of 7.5 months in a cohort of patients with FGFR2 fusions or rearrangements.2 The selective inhibitor of FGFR1, 2, and 3 was also associated with a manageable adverse event (AE) profile.

Under the Prescription Drug User Fee Act, the FDA will make a decision on the NDA by May 30, 2020.

“There is a significant need for new therapies for patients with cholangiocarcinoma, who have limited treatment options beyond first-line chemotherapy and often face a poor prognosis,” Peter Langmuir, MD, Group Vice President of Targeted Therapeutics at Incyte, the developer of pemigatinib, stated in a press release.

“We are very pleased that the FDA has accepted our NDA for Priority Review which we believe represents an important step toward providing the first treatment option for patients with previously treated, locally advanced or metastatic cholangiocarcinoma with FGFR2 fusions or rearrangements. We intend to work closely with the FDA to bring this innovative targeted therapy to patients suffering from this devastating disease as soon as possible,” added Langmuir.

Patients with cholangiocarcinoma are often diagnosed at a late or advanced stage when the prognosis is poor, Incyte stated in the press release.

While first-line treatment for patients with locally advanced or metastatic cholangiocarcinoma is the chemotherapy combination of gemcitabine and cisplatin, second-line therapies have shown limited efficacy.

The FIGHT-202 trial was conducted in the United States, Europe, Middle East, and Asia. Patients who were eligible for enrollment had locally advanced or metastatic cholangiocarcinoma despite ≥1 line of prior therapy, had their FGF/FGFR status centrally confirmed, and adequate renal function was required.

The study was not designed to make statistical comparisons between the 3 cohorts. The primary endpoint was the confirmed ORR in cohort A by independent central review.

Results showed that, in cohort A, the 36% ORR consisted of 3 (2.8%) complete responses, 35 (32.7%) partial responses, and 50 (46.7%) patients with stable disease, for a disease control rate of 82%. The ORR was consistent across subgroups, including when stratified by the number of prior lines of therapy and by FGFR2 rearrangement partner.

Nine percent of patients discontinued due to AEs; the most frequent causes were intestinal obstruction and acute kidney injury (2 each). Treatment was discontinued due to progressive disease in all patients in cohorts B and C, and in 57 patients in cohort A. Dose reduction due to AEs was required in 14%, with the most common reasons being stomatitis (n = 11), palmar-plantar erythrodysesthesia syndrome (n = 5), arthralgia (n = 5), asthenia (n = 2), and onychomadesis (n = 2). Approximately 42% of patients required dose interruptions due to AEs.

Based on the data from FIGHT-202, a phase III study of pemigatinib compared with gemcitabine plus cisplatin in the first-line setting in patients with cholangiocarcinoma and FGFR2 fusions/rearrangements is ongoing (NCT03656536).