The FDA has accepted and granted a priority review designation to a supplemental biologics license application for the antibody-drug conjugate trastuzumab deruxtecan for use in patients with HER2-positive gastric or gastroesophageal junction adenocarcinoma.

The FDA has accepted and granted a priority review designation to a supplemental biologics license application for the antibody-drug conjugate (ADC) trastuzumab deruxtecan (Enhertu) for use in patients with HER2-positive gastric or gastroesophageal junction (GEJ) adenocarcinoma.1

The application was based on data from the phase 2 DESTINY-Gastric01 trial, which showed that the ADC elicited a higher objective response rate (ORR) compared with chemotherapy in patients with advanced, HER2-positive gastric or GEJ adenocarcinoma who had progressed following trastuzumab (Herceptin)-containing treatment.2 Specifically, the ORR was 51.3% versus 14.3% with trastuzumab deruxtecan and chemotherapy, respectively.

The ADC also led to a longer median overall survival (OS) compared with chemotherapy, at 12.5 months versus 8.4 months, respectively. Additionally, the median PFS and median duration of confirmed response (DOR) proved to be longer with trastuzumab deruxtecan.

“The results of the DESTINY-Gastric01 trial are unprecedented as they represent the first time a HER2-directed medicine has demonstrated an improvement in survival following chemotherapy and HER2 treatment in the metastatic setting,” Antoine Yver, executive vice president and global head, Oncology Research and Development at Daiichi Sankyo, stated in the press release.

“Building on the recent breakthrough therapy designation, the filing of the application and priority review by the FDA for this potential new indication for [trastuzumab deruxtecan] reflects the importance of the data and the significant unmet need for patients with previously treated HER2-positive metastatic gastric cancer,” added Yver.

In the open-label, multicenter, randomized phase 2 DESTINY-Gastric01, investigators evaluated the use of the ADC versus physician’s choice of standard chemotherapy in patients with HER-expressing advanced gastric or GEJ adenocarcinoma who had received at least 2 previous regimens, including fluoropyrimidine, a platinum-based agent, and trastuzumab or approved biosimilar.

The trial enrolled 187 patients who were randomized to receive either trastuzumab deruxtecan (n = 125) or chemotherapy (n = 62). Eighty-six percent of participants received prior treatment with a taxane, 71% had ramucirumab (Cymraza), and 31% received PD-1/PD-L1 inhibitors. At the November 8, 2019 data cutoff date, 22.4% of patients on the investigational arm were still receiving treatment compared with 4.8% of those on the control arm.

With regard to safety, the most commonly reported toxicities with trastuzumab deruxtecan that were grade 3 or higher included neutropenia, decreased appetite, anemia, thrombocytopenia, and decreased white blood cell count. Treatment-emergent adverse effects led to discontinuation in 15.2% of those who received the ADC versus 6.5% of those given chemotherapy. The rates of events associated with dose reductions were 32.0% in the ADC arm and 33.9% in the chemotherapy arm. Additionally, 62.4% of those on the ADC arm had events that led to dose interruptions versus 37.1% of those on the chemotherapy arm.

One treatment-associated death was reported in the trastuzumab deruxtecan arm, due to pneumonia; no deaths occurred on the chemotherapy arm. Twelve patients experienced interstitial lung disease/pneumonitis that was determined by an independent adjudication committee to be linked with the ADC. The median time to first onset was 84.5 days, but most cases were grade 1 or 2.

In May 2020, trastuzumab deruxtecan was granted a breakthrough therapy designation from the FDA for patients with unresectable or metastatic HER2-positive gastric or GEJ adenocarcinoma who had received 2 or more previous regimens, including trastuzumab. The ADC was also granted an orphan drug designation for patients with gastric cancer, including GEJ adenocarcinoma.

Dr. Sanjeevaiah on the Benefit of Immunotherapy Agents in Gastric Cancers 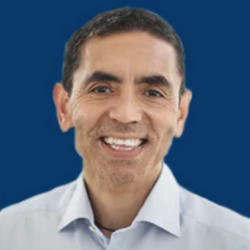 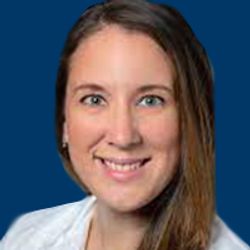 Atkins Examines the Evolving Role of Radiotherapy in Gastric Cancer