The FDA has granted a breakthrough therapy designation to ruxolitinib for the treatment of patients with acute graft-versus-host disease.

The FDA has granted a breakthrough therapy designation to ruxolitinib (Jakafi) for the treatment of patients with acute graft-versus-host disease (GVHD), according to Incyte, one of the developers of the JAK1/JAK2 inhibitor.

The designation was based on 2 small studies demonstrating high response rates with ruxolitinib in patients with GVHD. Both studies were presented at the 2015 ASH Annual Meeting.

“Receiving breakthrough therapy designation from the FDA recognizes the severe nature of acute GVHD, the clear unmet medical need of these patients, and the potential, based on clinical evidence to-date, for ruxolitinib to address the urgent needs of patients with this life-threatening disease,” Steven Stein, MD, chief medical officer at Incyte, said in a statement. “We are committed to working closely with the FDA in an effort to bring ruxolitinib to patients with GVHD as soon as possible.”

One of the studies the FDA reviewed was a retrospective analysis of 95 patients who developed corticosteroid-refractory (SR) acute (a) or chronic (c) GVHD following allogeneic hematopoietic cell transplantation for a hematologic malignancy. Fifty-four patients had SR-aGVHD (grade III or IV) and 41 patients had SR-cGVHD (moderate or severe).

The patients, who were from 19 stem cell transplant centers in the United States and Europe, all received ruxolitinib as salvage-therapy. The median number of prior GVHD treatments was 3 for both the SR-aGVHD (range, 1-7) and SR-cGVHD (range, 1-10) patient groups. Median follow-up was 26.5 weeks (range, 3-106) and 22.4 weeks (range, 3-135), respectively.

Patient responses to ruxolitinib were observed at median of 14 days following the start of treatment. The researchers observed complete resolution of clinical manifestations of cGVHD in patients’ lungs, mouth, skin, liver, musculoskeletal system, and GI tract.

The FDA’s breakthrough designation is meant to expedite the development of therapies that offer substantial benefits over existing options. Under the program, a rolling submission of data is allowed along with more communication with the FDA.

Ruxolitinib is currently approved by the FDA as a treatment for patients with polycythemia vera who are intolerant of or have an inadequate response to hydroxyurea. The JAK1/JAK2 inhibitor also has an FDA-approved indication for the treatment of patients with intermediate or high-risk myelofibrosis. 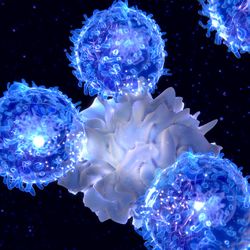 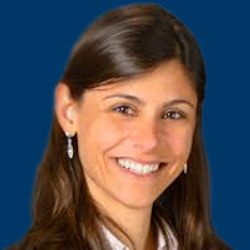 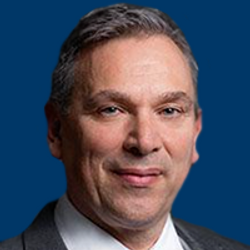