The FDA has granted a priority review designation to a new drug application (NDA) for trilaciclib for the treatment of patients with small cell lung cancer (SCLC) who are being treated with chemotherapy.

The FDA has granted a priority review designation to a new drug application (NDA) for trilaciclib for the treatment of patients with small cell lung cancer (SCLC) who are being treated with chemotherapy, according to an announcement from G1 Therapeutics Inc, the drug developer.1

The application was based on myelopreservation data from 3 randomized, double-blind, placebo-controlled clinical trials where the first-in-class investigational therapy was given prior to chemotherapy in patients with SCLC.

Under the Prescription Drug User Fee Act, the FDA must make a decision on the NDA by February 15, 2021.

“There are currently no available therapies to protect patients from chemotherapy-induced toxicities before they occur,” Raj Malik, MD, chief medical officer and senior vice president, R&D, of G1 Therapeutics Inc, stated in a press release. “If approved, trilaciclib would be the first proactively administered myelopreservation therapy that is intended to make chemotherapy safer and reduce the need for rescue interventions, such as growth factor administrations and blood transfusions.”

Trilaciclib is a CDK4/6 inhibitor that is administered intravenously prior to chemotherapy in patients with SCLC to reduce the risk of chemotherapy-induced myelosuppression, which is known to negatively impact quality of life and hinder patients’ ability to receive chemotherapy on time and at the standard dose. The agent was designed to arrest normal cells in the G1 phase of the cell cycle during exposure to chemotherapy to preserve bone marrow and immune system function from treatment-related damage.2

Trilaciclib has been investigated in 3 double-blind, placebo-controlled phase 2 trials in adult patients with extensive-stage SCLC (ES-SCLC): G1T28-02 (NCT02499770), G1T28-05 (NCT03041311), and G1T28-03 (NCT02514447).3-5 In an analysis presented during the 2020 ASCO Virtual Scientific Program, investigators evaluated the pooled data from these trials to better understand the myelopreservation effects of the CDK4/6 inhibitor.

In G1T28-02, investigators set out to examine the clinical benefit of the agent in preserving the bone marrow and the immune system while augmenting the antitumor efficacy of chemotherapy when given prior to carboplatin and etoposide in the frontline treatment of patients with newly diagnosed, ES-SCLC. In this trial, patients received either trilaciclib or placebo on days 1 to 3 of each 21-day treatment cycle.

In G1T28-05, investigators examined the potential benefit of the investigational CDK4/6 inhibitor in preserving bone marrow and the immune system while encouraging antitumor activity when given with carboplatin, etoposide, and atezolizumab (Tecentriq) in the first lien for patients with newly diagnosed ES-SCLC. Here, participants were given either trilaciclib or placebo on days 1 to 3 of each 21-day cycle for up to 4 cycles as part of the induction phase, followed by atezolizumab every 21 days as part of the maintenance phase.

Finally, in G1T28-03, investigators once again set out to determine the benefit of trilaciclib in preserving bone marrow and the immune system while boosting the antitumor efficacy of chemotherapy when given before topotecan in previously treated patients with ES-SCLC. In this trial, patients received trilaciclib or placebo on days 1 to 5 of each 21-day topotecan cycle.

For the analysis, investigators looked at data from a total of 119 patients who had received placebo before chemotherapy and 123 patients who received trilaciclib before chemotherapy. Baseline characteristics proved to be comparable between the 2 groups. Across the experimental and control groups, the majority of the participants were Caucasian (97.6% and 92.4%, respectively), had an ECOG performance status of 0 or 1 (87.8% and 89.9%), and did not have brain metastases (77.2% and 75.6%).

Notably, the administration of trilaciclib prior to chemotherapy resulted in a significant decrease in most measures of multilineage chemotherapy-induced myelosuppression as well as the need for supportive care interventions. Additionally, the primary end points of DSN in cycle 1 and occurrence of SN were found to be significantly decreased with trilaciclib compared with placebo; the mean DSN with trilaciclib and placebo was 0 versus 4 days, respectively (P <.0001).

With regard to safety, treatment-emergent AEs (TEAEs) were reported in 96.6% of those on placebo versus 94.3% of those on trilaciclib. The most commonly reported TEAEs included neutropenia, anemia, thrombocytopenia, nausea, and fatigue. Notably, significantly fewer patients who received the CDK4/6 inhibitor before chemotherapy experienced high-grade hematologic toxicities versus those who received placebo.

Previously, in August 2019, trilaciclib was granted a breakthrough therapy designation by the FDA for use in this patient population.

The agent is also under examination in patients with metastatic triple-negative breast cancer. Results from a phase 2 study showed an unexpected improvement in OS in this patient population, meeting a safety-related primary end point. Final OS data are anticipated in Q4 2020. Moreover, in the I-SPY 2 trial, trilaciclib is being examined as a neoadjuvant treatment in patients with breast cancer. A phase 3 trial examining the CDK4/6 inhibitor in patients with colorectal cancer who are being treated with chemotherapy is expected to launch in Q4 2020, as well. 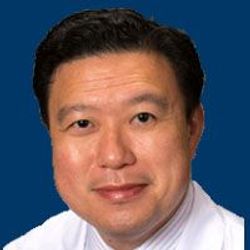